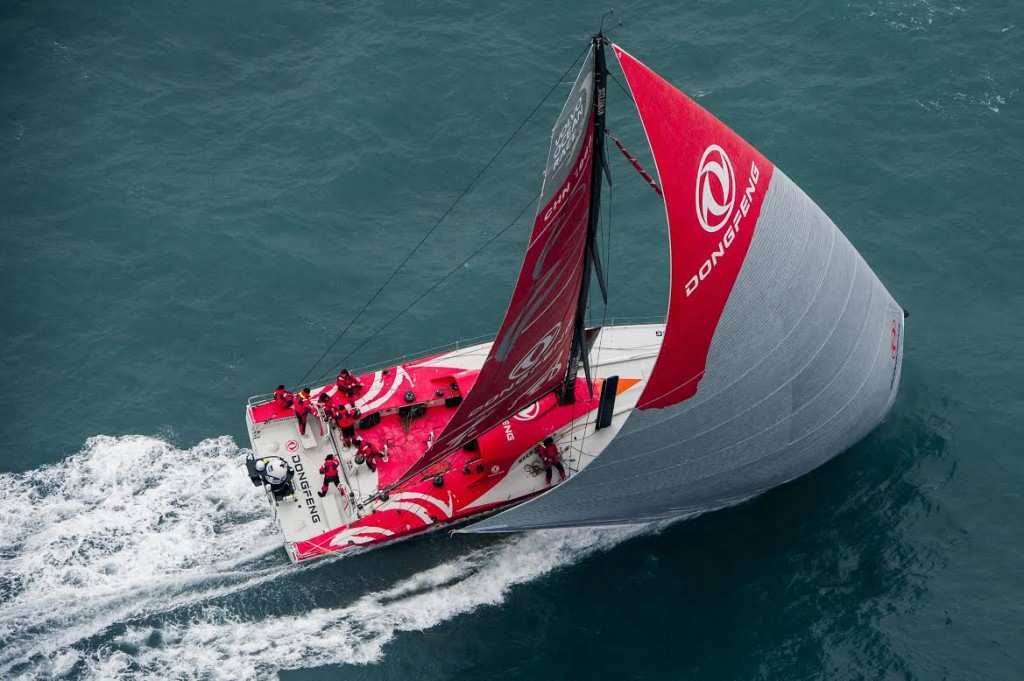 It should come as no surprise that a number of the Dongfeng Race Team have been around the world before with Groupama. No Franck Camma perhaps – he is too busy ducking and diving (literally) on the eXtreme 40 Circuit – but that’s another story.

Team Director Bruno Dubois from France has been involved with this edition of the Volvo Ocean Race right from the start with the design of the wardrobe and the sails themselves that will power all the VO65s round the world so it is no small wonder that he looked first at those who had done the race before and who he had worked with on the Groupama campaign. Not a bad gene pool to select from either as the French boat proved to be the class act once they got going enhancing the opinion that there is no substitute for having the T-shirt.

The Team was today officially launched to the world in Sanya, China where the team are training, getting used to the boat, and one another. They also currently have a ‘Morning Light’ style boot camp working through the selection process for the sailors who will make up the Chinese element of the team. These young men, 12 at the moment, Olympians amongst them, are being put through the mill to arrive at those who will make up around half the crew on the Chinese entry that starts in Alicante in October.

There are naysayers, just as there were with the Roy Disney backed campaign. Those were however silenced, just as I am sure will happen again with Dongfeng Race Team.
By the time they reach the start line of the Alicante In Port Race they will no longer be ocean sailing rookies . The boat may have got to China in the hold of a container ship but she returns, with the crew, to Europe on her own bottom via Auckland and the Southern Ocean. In other words the young Chinese sailors will have effectively done the second half of the race before they hit the start line in 7 months time.

The fireworks, speechifying and so on aside the important part of the christening and naming ceremony was of course the naming of the boat, the skipper and the already selected crew and as the title of this piece suggests, while there may be no Gene Hackman, there are some tough experienced ocean racers on the team.

The named skipper is a Groupama alumni. Charles Caudrelier, part of the winning team from the last edition of the Volvo Ocean Race and while the move to skipper may seem a big step he is in fact no stranger to making those important race winning decisions having won the Solitaire De Figaro in 2004 and the Transat Jaque Vabre (TJV) with Marc Guillemot in 2009 and these are just a small part of his impressive sailing resume.

Team Director Bruno Dubois (Belgian actually, not French) is on record as stating “there is no place for second…. …..I want to win and the sponsor wants to win” and with the team that is being assembled in Sanya that somehow doesn’t feel like an idle boast.

I doubt if many of the teams on the start line in Alicante later this year will have an entire crew of fully paid up ‘Cape Horners’. Now that’s t-shirt worth having! – Alistair Skinner.