Longtime Anarchist Ned Goss has ticked off most of the boxes a sailor could.  The former owner of Ocean Sailing Academy in Charleston has done his stint in the 49er, the Fireball, and on the pro circuit as a top Melges 24 racer.  Ned now is part of the powerhouse College of Charleston Sailing Team staff, but he’s always looking for another challenge.  And now, he’s got one as part of the Everglades Challenge – yet another offbeat regatta that’s been showing the rest of the world how to grow and thrive all through the recent lean years.  More from Ned: 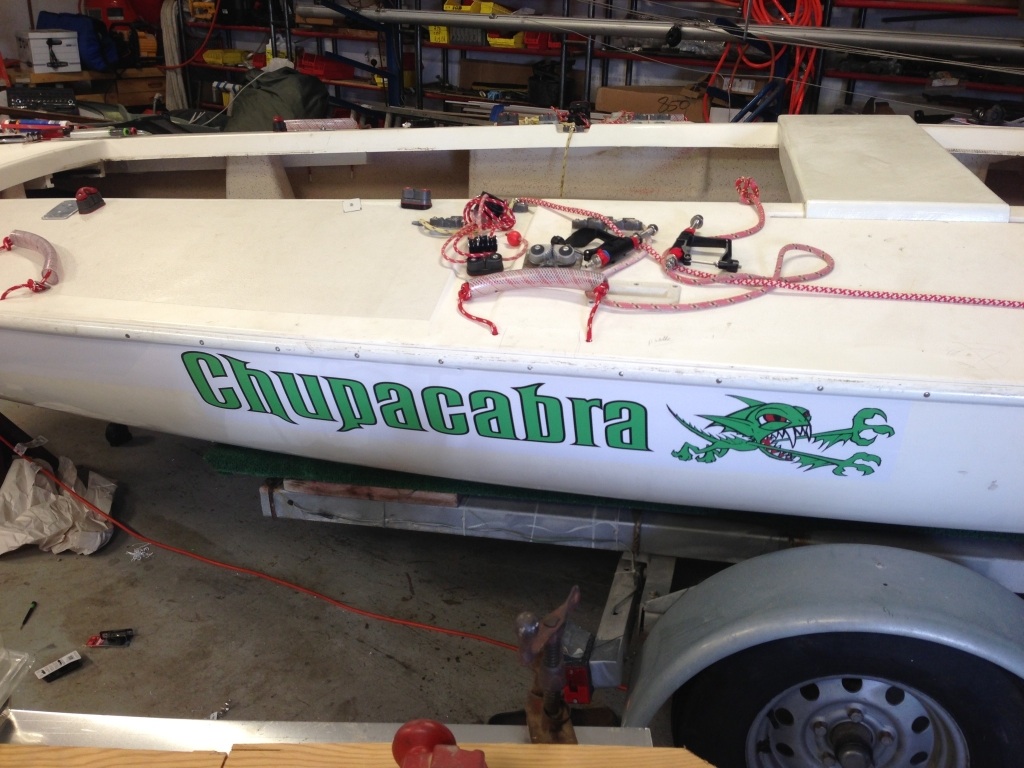 I have often wondered what’s to become of the sailor that has experienced and enjoyed sailing and racing at almost every level, but who feels the joy and excitement ebbing with each regatta.  That’s where I found myself not long ago, and when the paid campaigns are gone, what’s left to do?  My first move was to buy a Mach 2 Moth, and flying over the water here in Charleston is certainly one way to add fun back to the equation (and, by the way, the BEST thing I have ever bought).  But I was still missing something, and I figured out that it was the teamwork element that comes from sailing with your friends.  So in my own style, I jumped into something others might think crazy: a 300 mile race on a heavily modified dinghy with a partner just as crazy as me.

Here’s how it went down:  Last year, my friend Scott Rice called with a whacky idea.  He wanted to take a C-scow and sail it from Tampa to Key Largo, and mentioned the Evergrades Challenge, which Anarchy readers will undoubtedly know all about. I didn’t know much, but Scott explained all about the unique folks who take kayaks, paddle boards, catamarans and small sailing dinghies down the coast for the adventure of a lifetime.  I’m pretty sure I was in the middle of teaching a class or fixing a boat at the C of C, so I shuffled him off the phone with a quick, “Sure!”

As I started to research the race and the different boats that had participated in the past, I realized that I had no idea what I’d agreed to, and I began to learn that this ‘flock’ of EC’ers was an intensely interesting group.  They have to be in order to meet on the beach at Fort Desoto Park and migrate en masses in a race/camping trip all the way down to Bay Cove Motel in Key Largo.  The spate of online videos and articles and forum discussions about the EC hooked me, hard.

I called Scott back to make sure he was for real about this, and he told me he’d already traded his share in an E-Scow for an old Johnson C-Scow, and we started talking modifications.  Some folks sailing down the coast of Florida in an old scow might talk about making it safer and stronger – we talked about how to get more sail area on a boat that is already overpowered in most conditions.  I had a 49er bowsprit and a lot of ideas; Scott had still more ideas and the connections to get it underway.  “Chupacabra”(Scot) and “FlysOnWater”(Ned) were born; the nemesis of the now-famous ‘FrankenScot”.  The overall monohull record was set by “danceswithsandybottom” and “SOS” – a/k/a Paul Stewart and Alan Stewart. Our goal is to 1) finish, and 2) take that record from them.

Our steed, as mentioned above, is a  modified C-scow.  Our mods, to date: 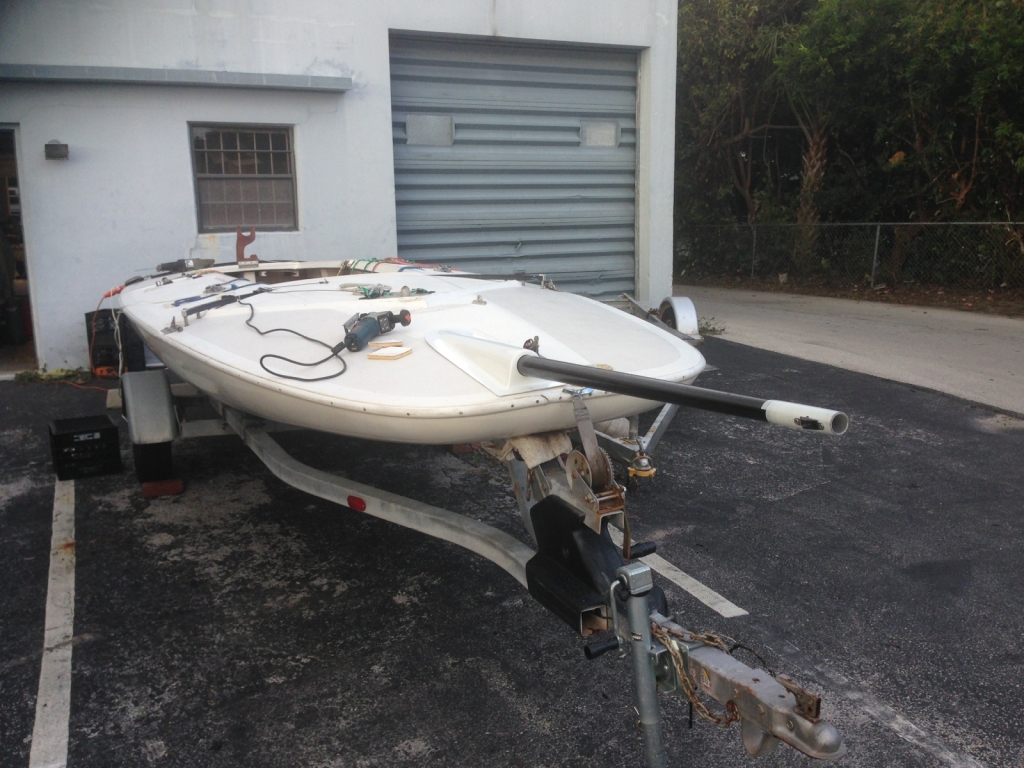 -2 more self-bailers behind the leeboards

We couldn’t make the starting line much less the finish without a few great sponsors:  Military contractor Sesolinc for help with acquiring our curler and new Code Zero, Super Sailmakers and Peter Grim for building our sail and adding reef points and hardware to the big C main, and Barr Batzer for our awesome graphics.

The race starts on March 1.  Follow it here and there is a thread on Sailing Anarchy to get you fired up.