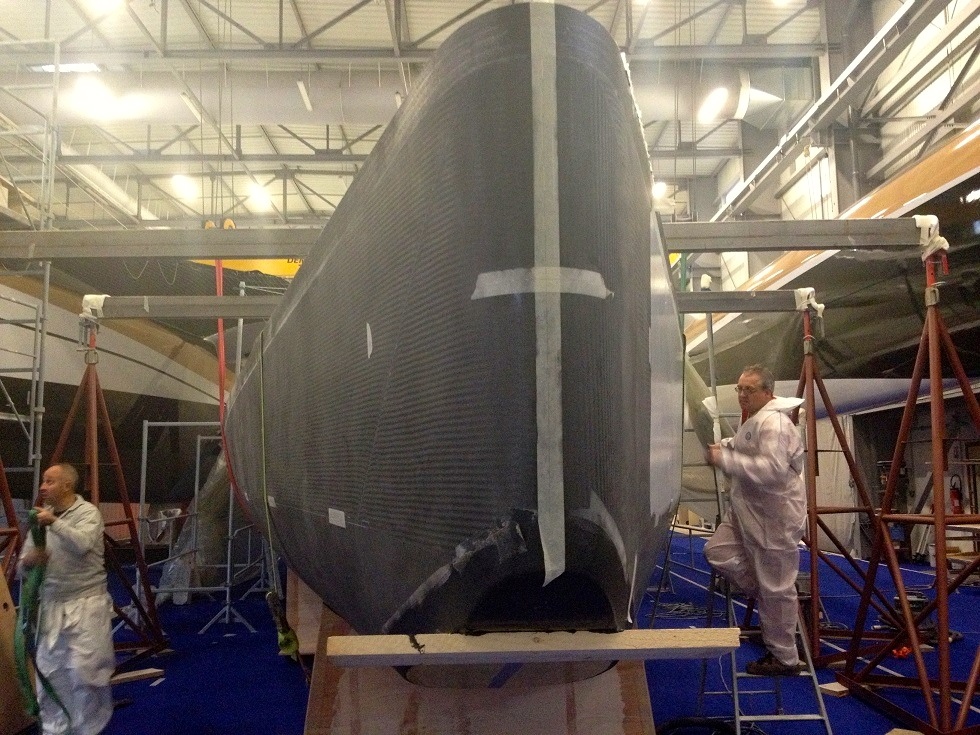 IMOCA’s Open 60 rule has a maximum width rule for the front of the boat; its goal is to prevent the ‘scow-bowed’ type of design that has proven so successful (at both racing and raising hackles amongst sailors) on David Raison’s TeamWork Mini.  We’re not sure why IMOCA felt the need for the rule other than the fact that most sailors find blunt noses fugly, but to that, we say ‘speed is beauty’, and we salute German Class 40 performer Joerg Richers for having the balls to get it done.

We’re told that you’re looking at Joerg’s last-generation Farr-designed Open 60 Mare (ex-Foncia) under refit at the old stomping grounds of the recently departed Hubert Desjoyeux – CDK Technologies, which recently announced they won the build contracts for the new Safran (now without quick-release keel!) and Banque Populaire.  And here we thought France was broke!

Mare will sail the singlehanded Route Du Rhum this November as well as the doublehanded Barcelona World Race a month later.  Will a blunt weapon be a dangerous one?  We’ll find out this winter.  Stay in tune with the latest and greatest coming out of IMOCA world in the thread.  Big thanks to secretive Anarchist “Kalitmotxo” for what we think is a world’s first look at the scowbilly Open boat.  More discussion in here. 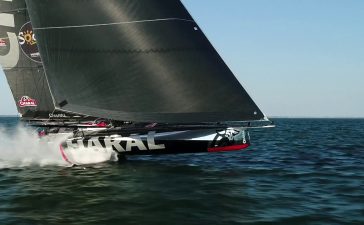 the king in the nord