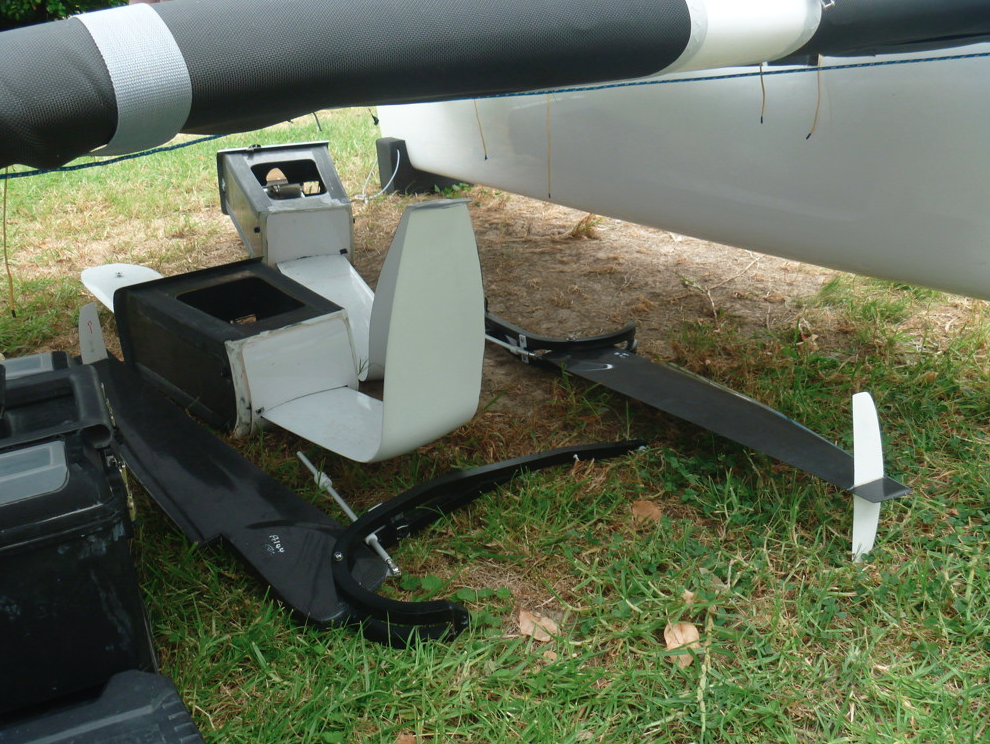 The A-Cat Worlds fires up this week in Kiwi-land, and 2014 marks the sexy singlehander’s first flirtation with full foiling thanks to new rudder winglets and trickle-down tech from the big and little America’s Cups.   There’s plenty of top-end competition as well as plenty of controversy on hand; will the class outlaw the flexi C boards or the J and L-shaped foils currently being used to fly above the water during their AGM?  Does the ‘cassette’ system meet the Class rule requiring all boards to be dropped in from above?  Will the new foilers be stable enough to beat more conventional boats?   No one has the answers just yet, but David Haylock is keeping his finger on the pulse of the event, and he checks in with us here. Photo also thanks to David, with a full gallery from setup here.  Team NZ has a full team playing in the fleet as well; their first video from the event is here.  And finally, get up-to-the-minute updates and talk about it in the forum here.

With the remnants of a tropical cyclone coming past Takapuna the last couple of days the pre-worlds has turned into a bit of a non event. The winds have been consistently above 20knots for the first two days of the regatta and there have been gusts of 40 and massive chop. Tonight it is supposed to ease and the race officer will try to get up to five races in tomorrow with a change to the sailing instructions to get a valid NZ champs/pre-worlds.The weather for the start of the worlds on Tuesday is looking the complete opposite to the current situation with about 5-10knots predicted for the first two days of racing.

There has been a fair bit of work going on in the boat park and compound, with the addition of winglets to most boats that didn’t already have them, adjustments for different C-foils to make sure they fit the rules and the move of all the foot straps from the transoms of the boats as they are outside the box length. Just about everyone has a different foil combination with three main dagger board manufacturers of DNA, Exploder and Windrush. Then there are the DNA, Exploder, Nikita rudders and just about every kind of winglet you can think off. On top of all this there is a lot of custom equipment and configurations. 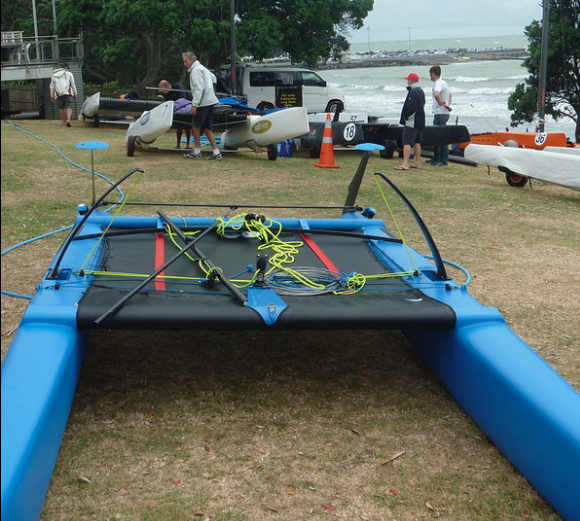 The Exploder with the large moveable cassettes has been given a measurement certificate and is good to race in the worlds, however the technical committee is contemplating whether the cassette is part of the hull or a hull appendage. So things could change. Today the boats have started to be checked and weighed in with a large variation of weight, I’ve just been down to the fishing shop to get 3.5pounds of lead to add to my boat.

Tomorrow the weighing continues and hopefully we will get some sailing in and get a National champs finished. Then there is a day off for final checks before the practice race on Monday. The truly exciting stuff is yet to happen!

and the winner is…

This One Goes to Eleven