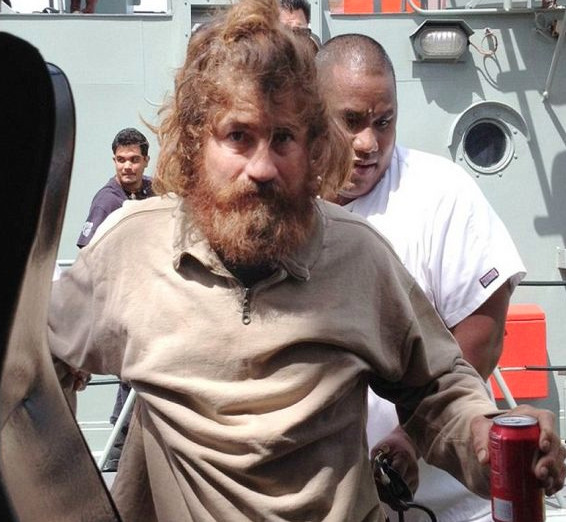 Hoping to cash in on Hollywood SEO buzz for the box office flop (and SA-panned) Robert Redford’s stupid-fest “All is Lost“, news sites around the world are now trying to simultaneously pimp the survival tale of ultra-badass El Salvadorean expat and Mexican fisherman Jose Albarengo (or Alvarenga) while calling his awesome drift-a-thon’s veracity into question.  Fishing out of the infamous (to sailors, anyway) Tehuantepec coast of Mexico, Albarengo and a teenage crew were blown out to sea in a panga after losing engine power – a fate met by dozens of Mexican, Nicaraguan, and Costa Rican fisherman meet every year when reinforced trades create gale-force offshore winds on both the T-pec and Papagayo coasts.

What marks Albarengo apart from all those others is the fact that he survived some 14 months at sea in his 24-foot fiberglass boat, drifting ashore at the other end of the Pacific – some 8,000 miles away –  on Ebon Atoll in the Marshall Islands two days ago.  What makes it even more interesting?  He was looking pretty damned good at the same time, telling a reporter that he only had two bad storms in more than a year of drifting at an average speed of around 2 knots, and he survived by catching fish with his bare hands.

The Sydney Morning Herald is a good example of clueless reporters parroting other clueless reporters, here they claim the story ‘smells fishy’, citing a local official idiot who said ‘he was not really thin’ compared to past survivors (and at least one other boatload of Latinos has washed up on the islands before) and the US Ambassador, with similar concerns, but it would take some kind of very special lunatic to fake anything about this man’s voyage.  We know plenty of Mexican and Centroamerican fisherman, and if anyone can stay alive under nasty survival conditions, they can.  And we know just how far a Tehuantepecker can send you in a short time; there’s no getting home on a little outboard unless you have a mast and sails.  Hopefully this dude doesn’t get swallowed up by a book deal and turn into yet another shitty movie, but we’ll watch it just the same.  Better details are from the Independent.