At last a Chinese sailing team in a premier global event that is more than borrowing the country’s name. 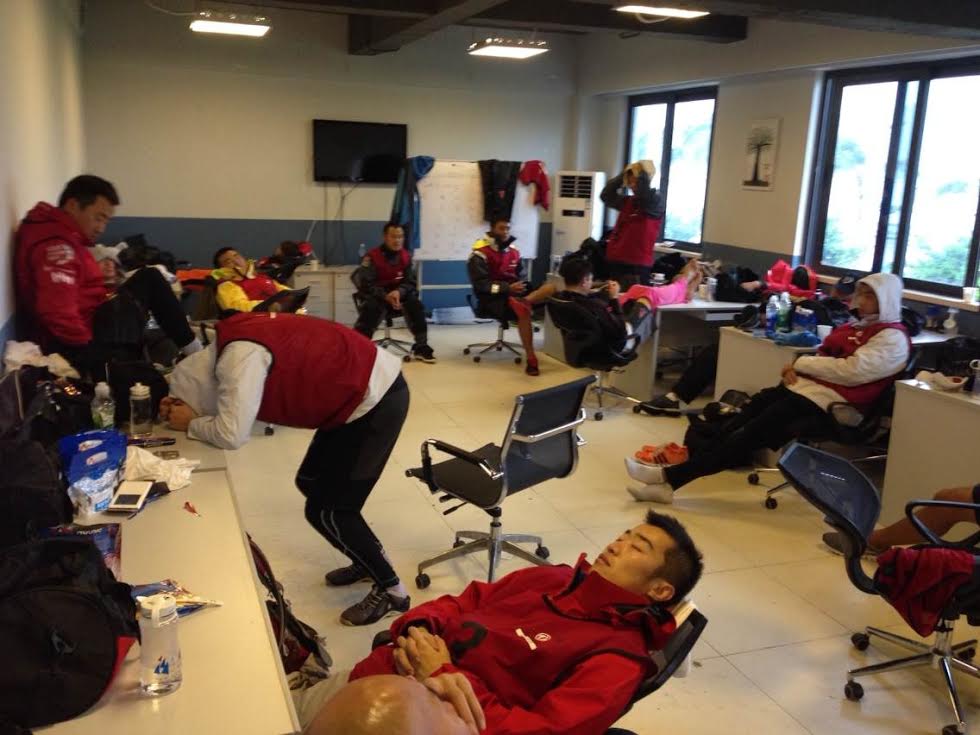 Two previous VOR campaigns have had Chinese backing and although Guo Chuan (from Green Dragon) has gone on to do  Mini-Transat and a non stop solo circumnavigation there was always a feeling the single Chinese crew member on both Green Dragon and Team Sanya were not much more than a token presence. The same could be said for China Team, the first Chinese backed team in the Louis Vuitton Cup although they were a long way off the pace and now ‘China Spirit’ (headed up by one of the China Team foreigners) also borrowing the name of China for their America’s Cup ambitions.

Team Dongfeng does appear to be more than a little different and the first genuine Chinese team in a ‘big-boat’ sailing event of this stature. Not that I intend to take anything away from the likes of Plus One (Swan 82) that went to Thailand’s King’s Cup and podiumed a couple of years ago but ‘The Volvo’, as every sailor knows, is a different ball game.

Following an initial selection process in Sanya the hopefuls have been reduced to 8 potential sailing team members and while they are going through a second stage of selection in Hong Kong, further Chinese sailors currently in Europe are also being examined by the selection team. That’s the team (left) looking fairly knackered after intense training. Get used to it boys.

Last time round China had a late entry with an old boat, this time they start in Alicante with equal equipment and a genuine Chinese team as the declared aim of Team Dongfeng management is a 50/50 split between experienced western big boat sailors and Chinese dinghy sailing athletes and currently includes China’s Laser representative from 2008.

The team also plans to have a further healthy representation from China assisting with the shore team duties.

Who knows, they may even have a Chinese OBR to ensure the sponsors message gets out to their home public rather better than in previous attempts at glory on the world sailing stage as well as to the established VOR fan base in the west. It is the sponsors who are paying the bills after all. The Team Director is none other than Bruno Dubois of North Sails who had a healthy involvement in the design of the suit of sails for the VOR65 so at least the sail wardrobe should hold no mystery to the team.

Will they win? Not too likely, but really, who knows who will win? You have to be in it to win it but the talk of these boats needing constant attention to boat and sail trim should suit a bunch of young dinghy sailors as much as anyone.  Add to that some old hands from the West who will know when to back off the gas.

Knowing some of these young sailors I can assure the reader that neither fitness nor strength will be an issue and with their crop of Chinese sailors Dongfeng Race Team will comfortably satisfy the requirement for two sailors under the age of 30. A long way to go perhaps. Their VO65 arrives just after Chinese Spring Festival – It is on a ship currently discharging some containers in Singapore – making her, in a strange way, the first team yacht to skirt the pirate zone – and I am sure the guys can hardly wait to get their hands on her.

It will be interesting to see just who from the west will be joining these young Chinese sailors who are so very keen to do their sponsor and their country proud. With 5 teams declared, no designers to blame, curse or take the praise and other teams apparently close to ‘closing the deal’ it is starting to look like the next edition of the VOR may be as addictive to watch as it has ever been. – Alistair Skinner.