We can finally confirm the news we’ve been hoping for; tomorrow we’ll officially learn that 3 years of blood, sweat, and tears flowing from All-American Offshore Team alums Charlie Enright and Mark Towill is finally bearing fruit, and Knut and crew will announce a US-crewed team for the 2013-14 VOR around noon CET with Charlie as skipper and Mark as GM.

The boys have played it close to the bone for quite some time for fear of souring the deal with early publicity, but we know much of the cash for this go-around came from a major pharmaceutical company based in Turkey.  Pierre Orphanidis speculated earlier today that the team will be a Turkish entry with a US crew, and that it may be part of Turkey’s play to get far more involved in the VOR and in major sports in general.  We’re not sold on the former, especially with the news that the crew will be entirely, or almost entirely American, but in this cash-starved sponsorship environment, anything’s possible. EDIT:  Somewhat sadly, we note that the boat does indeed have a Turkish sail number, sponsored by medical group Alvimedica and driven by Turkish/Jewish entrepreneur Ishak Alaton.  Alaton becomes the second Jew (after Larry Ellison) to make a major difference in American sailing in just a few years; those boys are killing off the Thurston Howell III stereotype, one Torah at a time! 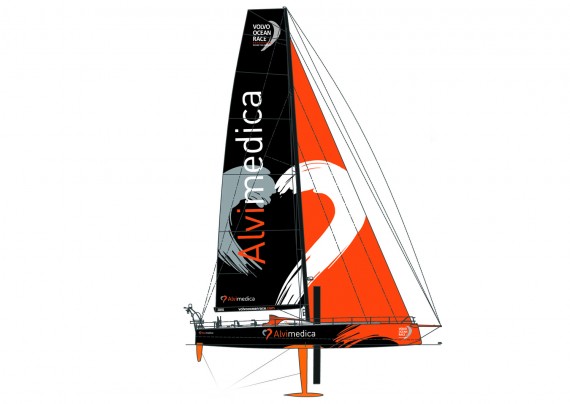 Whatever it took, we’re stoked for the boys and we can’t wait to see how they go.  Let’s just hope they keep it a US thing.   No offense, Jimmy and Rome – but there are few things we USAnian sailors want more than to cheer for a real team of American racers competing on a world stage without all the funny accents to confuse things.  Knowing many of the players, we expect this team to be quite a bit more democratic than most, and full of one-design talent if lacking in VOR experience; whether that’s good or bad remains to be seen.  We wish them luck, and will have an interview as soon as we can get a hold of one of the boys via Skype tomorrow.  Get to know the core crew here; they are not confirmed beyond Charlie and Mark…not yet…

Our unofficial accounting of the 2014-15 Volvo Ocean Race fleet comes to the below list.  If they’re in bold, they’re paid up (more or less).  Wanna speculate?  Go where that happens.

And our title inspiration is of course thanks to David Bowie and Nine Inch Nails.