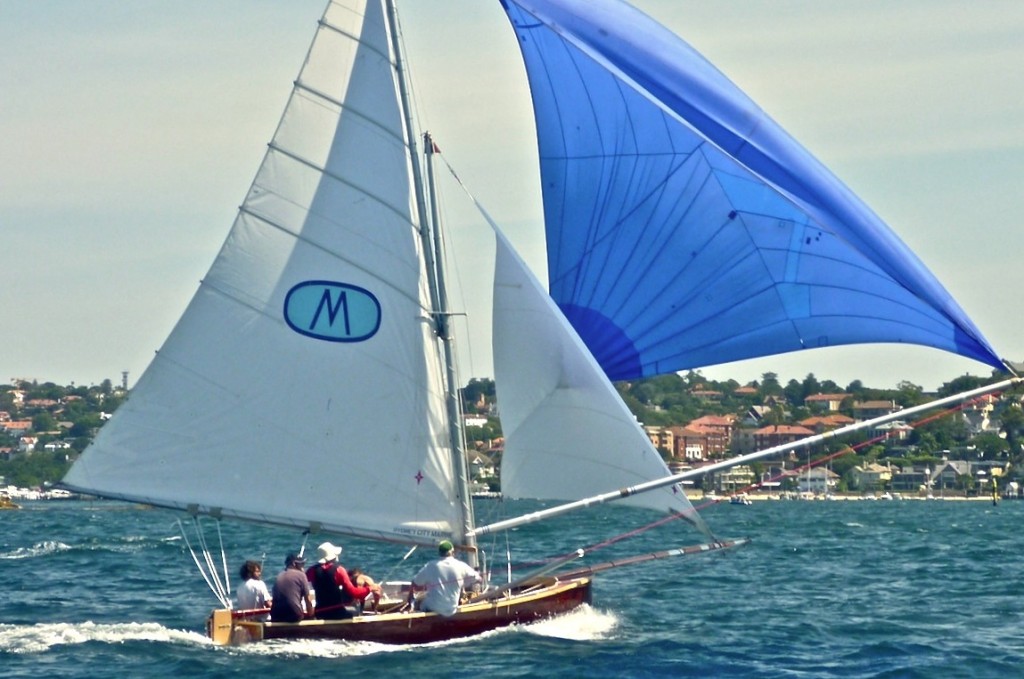 We reported on yet another 18-foot skiff replica popping her cherry on Sydney Harbour the other week; now they are sail testing, and check out this shot from Aussie National Maritime Museum’s David Payne of the new Myra Too.

Frank Quealey from 18 Footers TV wrote up a chat comparing the 18s with the AC72s with someone who should know: Oracle Team USA bowman/Gotta Love It7 forward hand Sam Newton.  Sam’s back on the red 7 boat in search of his fifth JJ Giltinan title in early March, he took a few minutes to discuss what he sees as the differences in the two boats.

“I had the pleasure of doing a lot of sailing and racing on the AC45’s and AC72’s over the past 2 years and between them I also experienced a lot of similarities to the 18ft Skiff.

When Oracle set the Protocol for the 34th Cup, their concept had a lot of similarities to what the 18ft skiffs have been doing for decades.  It was all about creating a spectacle for sponsors and fans, something the skiffs have done well for a long time. The racing is short and intense and the venue is close to vantage points to ensure it encourages a big following. 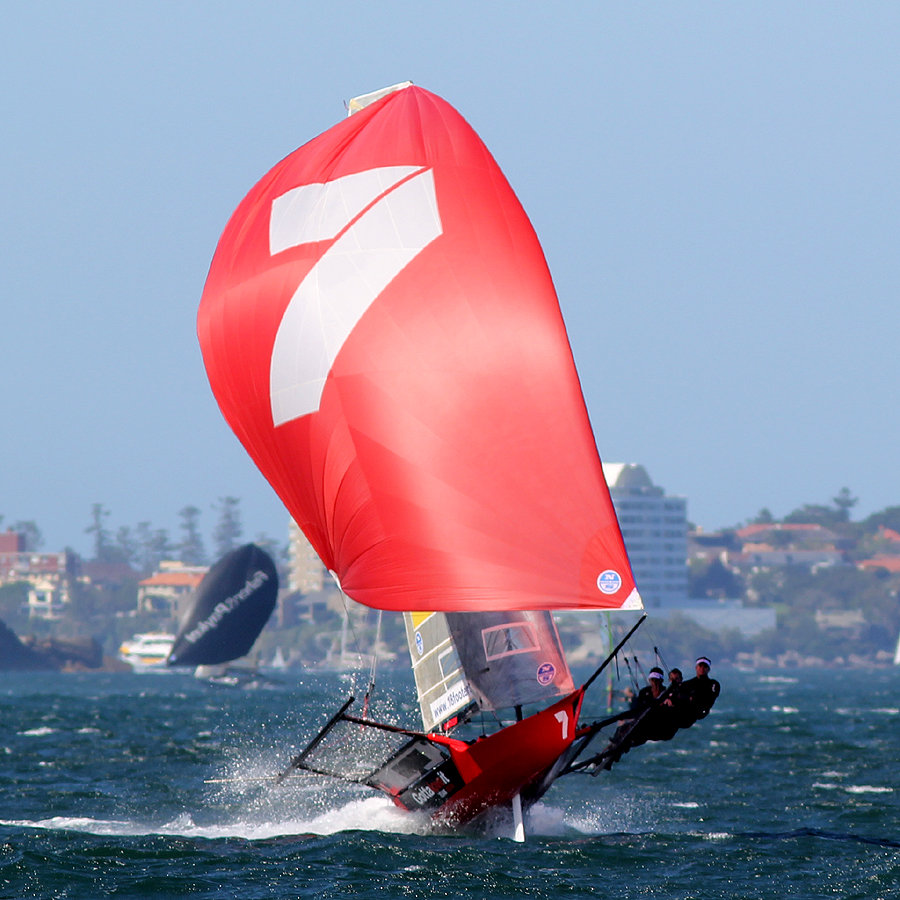 On board the boats, the main difference between the Skiff and the cat is obvious.  Two hulls and a wing sail compared to the single hull and a conventional mainsail.  Another is the much larger team of eleven sailors on the AC72, which brings in a whole new dynamic.  All the boats are fast, they are all wet and they all get the adrenaline going when the breeze is up, which is what I love.  They all feel like your sailing on the edge in the higher winds, which keeps you on your feet and thinking ahead as you become fully aware of the consequences if it goes wrong.

One thing still remains; the 18ft skiff is by far the hardest to bear away at the top mark in 20+ knots.  The 45’s give good action to the sailors and spectators at the top mark as we saw through the AC World Series, and the 72ft Cats are a lot easier by using the foils to create lift in the bow which we don’t have the option of in the skiff.

It‘s been great to be back out sailing on Sydney Harbour.  From my travels, it’s still the best harbour in the world to sail and play and I’m enjoying being back with my long time sailing partner Seve (Jarvin).  Now it’s all about getting the new “7” skiff up to speed to challenge in the upcoming JJ Giltinan Championship, which is looking like being the most competitive line up in recent years.”

The Gotta Love It 7 team of Seve, Sam and Scott Babbage will go into the 2014 JJ Giltinan Championship as favourites in March, but face a challenge of more than 30 skiffs from six countries in the regatta, which will celebrate 75 years of the world’s greatest 18 Footer championship.  Stay in touch (and check out the new Livestream action) at the 18footers TV site. 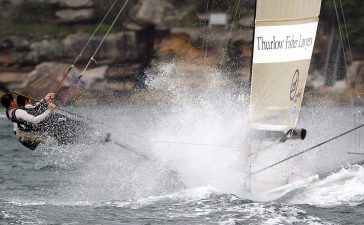 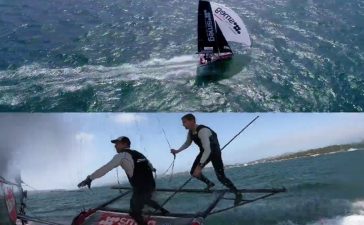 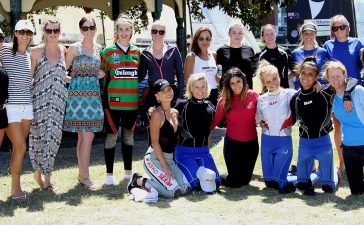