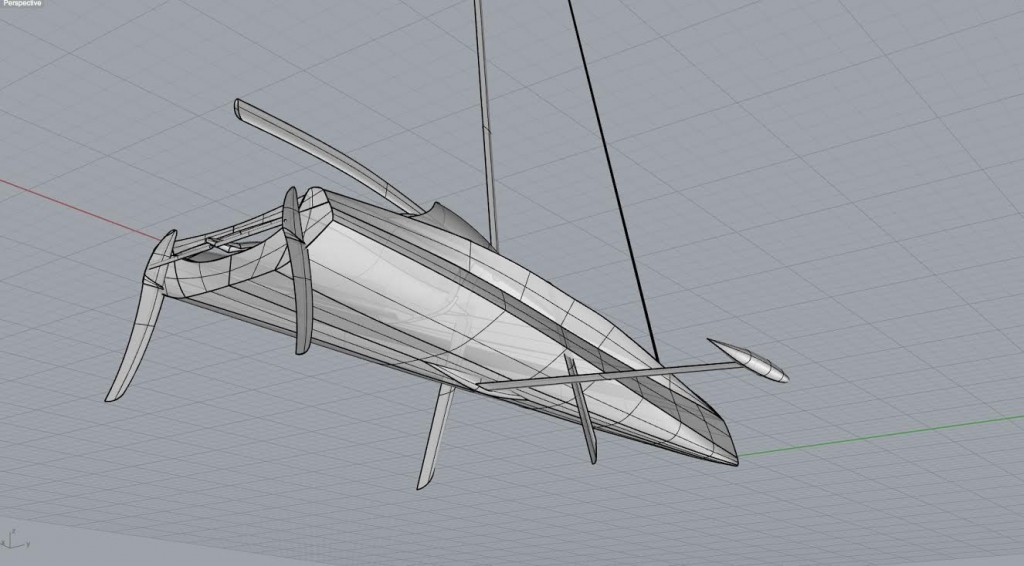 It’s always good to keep moving forward. Forward with a plan, forward with a dream, it doesn’t really matter so long as the direction is forward. SpeedDream is moving forward, in fact SpeedDream is poised to take a huge leap into the future. In a collaborative effort with our technology partner Yandex we are about to start building a new, oceangoing prototype; SpeedDream II. The boat will be able to test out the innovative ideas incorporated in the smaller SpeedDream27 in a true, offshore environment, a significant step along the path of our quest to build the world’s fastest sailboat.

For the last year we have put SpeedDream27 through its paces in a variety of conditions, and while we will continue testing and learning more from the first prototype, the SpeedDream design team of Vlad Murnikov, Rodger Martin and Ross Weene are now convinced that our concept’s innovative design ideas all work well together. The wave piercing bow, athwartship step in the hull and flying keel all work in harmony to produce a balanced boat that has shown some blazing speed. Now it’s time to see how well these design ideas will work in true offshore conditions. SpeedDream is not about building the fastest sailboat; SpeedDream is about building the fastest sailboat that can take on ocean going records. We will leave the inshore mile to Sail Rocket and the America’s Cup to those amazing flying catamarans. Our dream is go beyond the horizon in search of blue water speed records.

Along the way we have recruited a secret weapon in the form of Vendée Globe legend Mike Golding. SpeedDream’s original skipper, Cam Lewis, is still very much a part of the team and will continue to optimize SpeedDream27, while Mike Golding will help guide the new boat toward offshore success. Few people have the track record and experience that Mike has from his first, overwhelming victory as skipper in the 1992/93 BT Challenge Round the World Yacht Race, an event in which he had placed second four years earlier. By winning the race which circumnavigated the world against prevailing winds, and then promptly racing a solo circumnavigation with the prevailing winds, Mike became the first person ever to race around the world in both directions, a truly remarkable feat. 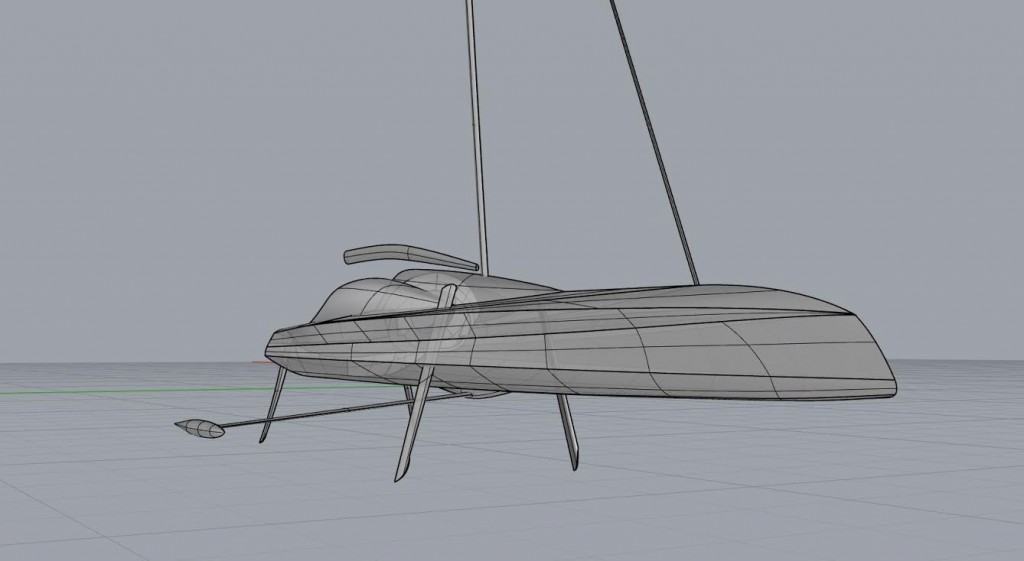 Driven by ambition with a thirst for victory, Mike has immersed himself in the toughest of all challenges, the Vendée Globe. In the 2004/5 Vendée, just 50 miles from the finish line the keel on his Open 60 snapped off. Where many might have panicked and called for help, Mike skillfully sailed his boat to Les Sable des Olonne and across the finish without a keel to finish third overall. It was a masterful bit of seamanship and the kind of quick thinking that will be important when sailing an experimental boat like SpeedDream II. In addition to the Vendée Mike has achieved podium positions in other premier sailing events including The Transat, the DefiAtlantique, the Route du Rhum, The Transat Jacques Vabre and the Calais Round Britain. In 2007 Mike was awarded the OBE for services to the sport of sailing after being crowned FICO World Champion in 2006 and IMOCA World Champion in 2005 and 2006. His skill as a sailor and project leader will be invaluable to the success of this next important step.

For SpeedDream II our technology partner Yandex is playing a key role in the design process. Yandex’s principal business is Internet Search and as such they have massive computing power and very clever engineers who understand how to maximize the benefits of computer algorithms. Working closely with Tyler Doyle at Doyle CFD, the Yandex engineers are running various computer models of the boat in simulated offshore environments. Their goal is to fully test the boat before any carbon is actually laid down.

In addition, the SpeedDream design team will be expanded to include some well known European race boat design offices. The goal is to balance SpeedDream’s revolutionary ideas and innovations against proven race boat design experience and expertise to create a boat that can perform offshore in all conditions. Details of the design collaboration team, as well as the chosen builder, will follow shortly. SpeedDream II is scheduled for launch later in 2014.

the rich get rich…