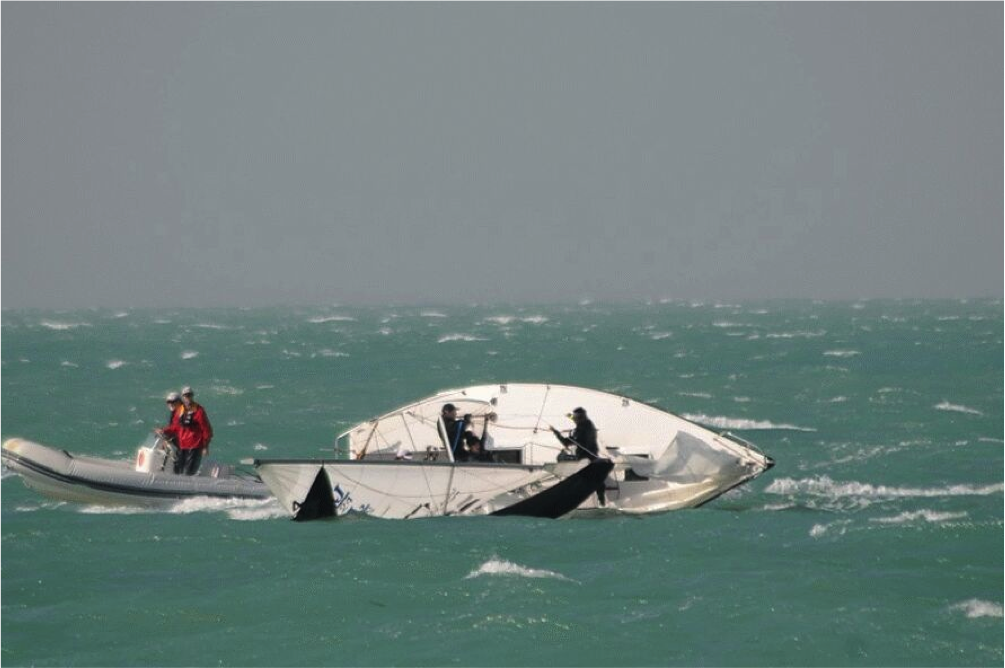 Young Sam Gilmour continues his glamour run up the ISAF world match racing tour ladder, and the Western Australian, an Anarchist since he learnt to read, sent in this exclusive report from another new Arabian venue that may be following in Dubai and Oman’s footsteps as an up-and-comer for the next generation of sailors.  Check it, and think back to your youth (did you know it was back?) and the pioneering Marlin Perkins for the title reference.

The 2013 Kingdom Match Cup held out of the Bahrain Maritime Sports Centre was held over the week 15-21 December, beginning with a qualifying event, followed then by the open regatta. Competitors flew in from all over the world to compete for the title, and with serious prize money up for grabs as well as an Omega sponsorship, the competition was fierce.

Neptune Racing, consisting of skipper Sam Gilmour, trimmer Adam Negri, tactician Chris Smith and bowman Justin Wong travelled to Bahrain hoping to contest for the title. We as a team knew we had to bring our A-game with some others with impressive résumés racing. We hadn’t heard much about Bahrain previously, so we were pleasantly surprised when we arrived by the modern layout of the capital city Manama, and the difference in culture was a real eye opener to us.

Having qualified for the open event already, we sailed the qualifying regatta as a warm up event. This gave us a chance to identify ourselves with the boats, conditions and some of our opponents. We were racing J24’s- a very common class, and whilst not ideal for match racing, the team adapted to the boats quickly- finishing the qualifier just ahead of Sergey Musikhin from Russia, Seviero Ramirez from Italy and Mati Sepp from Estonia. These guys had some high ISAF rankings, with Sepp being 20th and Musikhin being 23rd in the world, so it was a positive sign for us to take out the lead up event.  Directly after this we went into racing the open Kingdom Match Cup. Whilst most of the teams had raced in the qualifier, a few teams joined the regatta- including Olli-Pekka Lumijarvi from Finland and Vladimir Lipavski from Russia. 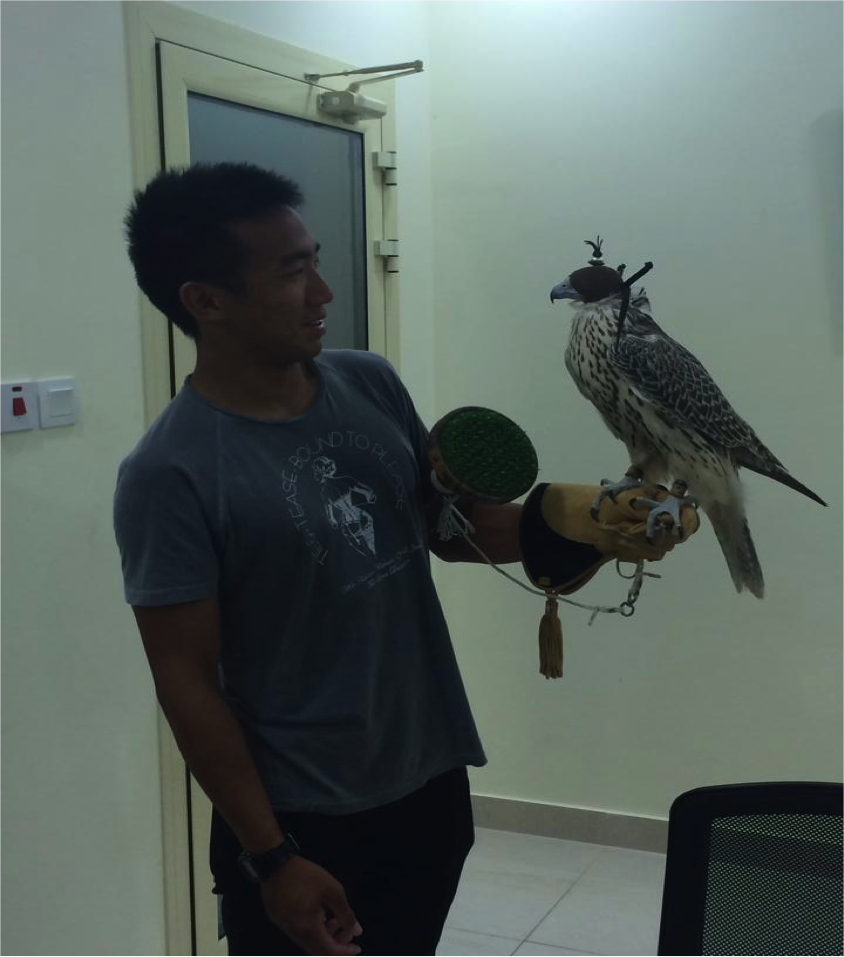 In the opening day of the event we were met by an onshore breeze, ranging between 15-18 knots, bringing with it a very steep chop due to the shallow waters surrounding Bahrain. As a result, conditions were really challenging, with a number of teams (including us) having some big wipeouts as a result of mistimed maneuvers. We managed to go through the first day of racing with a record of 4 wins and 1 loss which put us in a good position for the remainder of the round robin- after which, four teams were to qualify for semi-finals to be raced on the final day.

Because of the regatta format we had a few days mid-regatta of no sailing. This lead to all of us getting a little side tracked, and nearly resulted in Justin thinking he’d take up a new profession, almost getting taken to Pakistan on a falcon expedition with some local hunters. The rest of us just managed to get him back in line for the next day’s racing.

As it turned out, the breeze hung around the entire regatta, increasing at times to well above 20 knots, not falling below 12 knots. Whilst difficult at times, we found our boat handling to be one of our strong points, which allowed us to make up for mistakes made at other points around the race course. Eventually, we finished up the round robin series with a record of 8-3, and qualifying us in second place for the semi-final! We progressed to the next round along with Lumijarvi in first, Musikhin in third and Lipavski in fourth. We were pretty pleased with our position going into finals, but knew we had to step up another level to finish strongly.

Lumijarvi chose Lipavski to race in the semi’s, meaning we were matched against Musikhin in a first to 3 points semi-final. We got off to an ideal start by taking out the first race convincingly, but Musikhin came back strongly and with a show of impressive boat speed around the course, winning the second race. Knowing that we were up against it, the team really lifted for the next two contests, allowing us to progress into the final with a scoreline of 3-1. Meanwhile in the other semi-final, Lumijarvi was able to achieve a similar result, also winning 3-1.

The finals series got underway immediately, though due to a time constraint it was shortened to a first to 2 series. Fortunately, we managed to come out firing! We won race one after leading around the entire course. This meant a great deal to our confidence, as Lumijarvi had shown great speed in the boats all week.

The match point position put an increased level of pressure on both teams, and it showed in the next pre start, with penalties flying for both teams. Eventually though we started with a penalty off the line (meaning we had complete a circle at some point around the course), but with the lead. The race began with a flurry of tacks up the first leg where we were able to put some distance between us. It was going to be close getting our penalty in, but we took the spin whilst managing to just keep the race lead. From there, it was a tense final leg where we were able to hold Lumijarvi off giving us both the race and regatta win!  It was awesome to come away victorious, winning our first-ever Grade 2 event, as well as going home with some beautiful new watches and prize money in our pockets, definitely making the win that little bit sweeter!

From here, out next event is the Warren Jones International Youth Championships held in home waters at Royal Freshwater Bay Yacht Club. With some strong international competition coming down to contest the title [including brother David -ed], it’s going to be a thrilling week of sailing.

The team is already looking forward to getting back out on the water, taking huge steps forward every time we compete. Our next step:  To continue funding these events as we keep climbing the ISAF world rankings (currently we are up to 33rd), so thanks to RFBYC and all our supporters for helping us to make it happen!

no compass, no chart