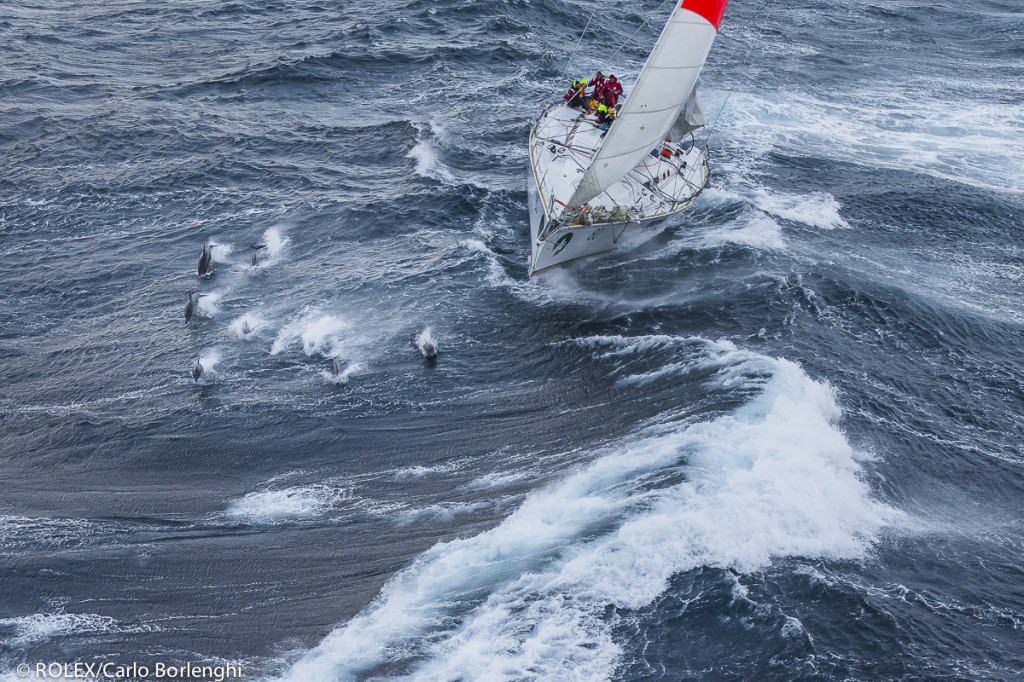 The Anarchists aboard Brindabella got their own escort in to Hobart this afternoon and Carlo Borlenghi shot it in this beautiful vista above; around 20 boats have finished while 10 have retired and 60 remain on the continuously nasty course; 35-40 knots is commonplace out there, and it’s going to be a long night ahead for the 50′ and under crowd.  The original Wild Oats (now Wild Rose) still has a chance at the overall handicap trophy, but it looks more and more like Cookson 50 Victoire will take it; check in on the almost unmanageably big thread (150,000 views and nearly 2500 posts) for loads of pics, videos, and plenty more.  And don’t forget there’s still swag to be won; McConaghy’s Facebook Page is where you find that.  Track the fleet here.

UPDATE:  We spent many hours and imbibed liters of rum digging for the real stories of the race late last night at the infamous Customs House; open for 24 hours a day for the next four days, this bar/pub makes about 20% of its annual revenue in one week, thanks to the sailors who rarely leave there until it’s time to go home.  Last night, we dug deep and picked up our ‘Epic Story of the Hobart” so far, and here it is (with apologies to a rum haze for any minor inaccuracies or embellishments):

With 35 knots up the ass (before the Westerly change),The VO 70 Blackjack (ex-Telefonica) had a few miles lead over Beau Geste and Giacomo (ex-Groupama 70), with Wild Thing a bit back.  BJ went for her final gybe to clear the island, and when the main snapped across, they broke a batten; I think I remember they had an A5 and two tucks in.  The batten pierced the 3DI mainsail and zippered it from leech to luff.  Half the sail came down and the rest stayed up. 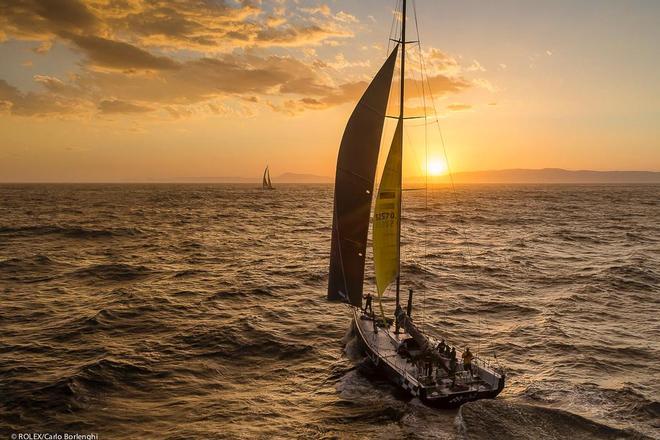 Now they have half a sail violently flogging up the mast with no way to bring it down; up goes the bowman on a halyard to cut it free.  During the drama, BG, Gia, and WT all get through ahead.  Mind you this is at about 11 at night and nothing but nav lights and spray are visible… BO Peter Harburg – who is as cool as can be – told me “We went from 4th to 7th in a few minutes and I just went to bed.  What was I going to tell my wife?”  Meantime, the crew got the trysail on and set the FrO, and guess what?  They fucking ground down the 100 footer, then the Volvo 70, then the 80 foot Beau Geste, and they only beat Karl Kwok’s brand new beast over the line by something like 50 seconds.  Giacomo came in a minute later.  Harburg (who had barely slept until  after losing the mainsail) popped up from his 3 hour nap to find he’d gone back from 7th to 4th.

I hit them up at the dock just a few minutes after they tied up, and in contrast to the BG and GIA guys, Harburg was completely charged up and full of energy.  He was hanging out at the stern, watching the crew clean up and smiling his ass off as he pulled off the tracker to return it to the race official in exchange for two slabs of complimentary beer.  He smiled and told me “beating those boys across the line without a mainsail?  To me, that felt like we just pulled a line honors victory.”

Later on I spoke to Rod Keenan off Giacomo, a long time Anarchist and ultra-talented sailmaker from Auckland with a list of wins as long as the list of banned SA forum members. Rod  laughed when he told me “who would have thought a trysail was the fastest sail for those conditions, but when three reefs is still too much area, maybe that’s what you have to do.”

There are plenty more stories waiting to be told…stay tuned.  Blackjack photo from @Greg_Faull.