An inside look from Botin Partners at their new TP 52 design. Pretty fascinating to read how incredibly perfected these designs are… 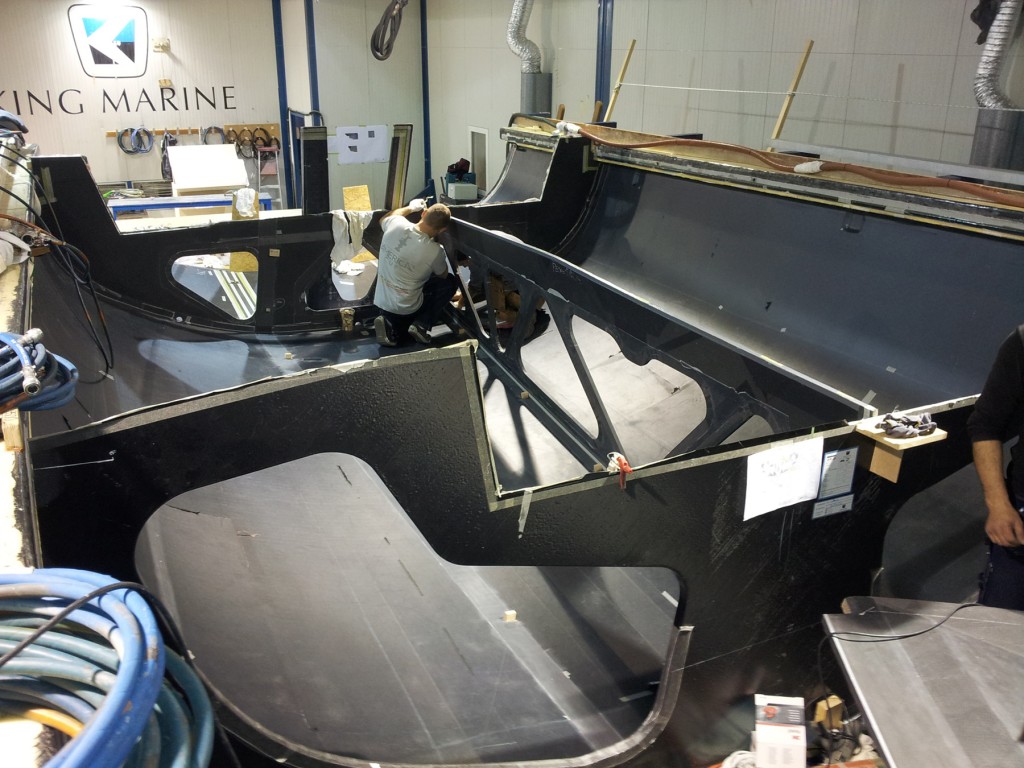 The interesting story about the new TP52 Phoenix is that after several boat generations, we still keep finding new ideas to make these boats go faster. The new rule changes certainly help to keep evolving the concept, but nevertheless we are amazed that every single area of the new Phoenix has been improved. Always at the end of each TP52 design cycle we tell ourselves, this is it, we can’t squeeze this concept any further, but luckily once we get on with the job the design, engineering and build team gets very motivated and we manage to find new and better solutions to the same problem.

The big change in design philosophy for the Botin 52s happened between 2008 and 2009, when we did Quantum Racing and then ETNZ. Marcelino and our CFD/VPP team dedicated a lot of time to change the hull concept and we took a calculated risk when delivering the new lines for ETNZ. That boat was (and still is) a weapon upwind and won the MedCup in 2009 and 2010. In its after life as Hooligan it also won every major trophy in Australia, and so has done Vesper (ex-QR) in the USA. So the biggest challenge for us since then has been to keep dominating the upwind legs and at the same time get better downwind and in very light conditions. Quantum Racing 2011 and Azzurra are developments of this concept and they have got better every year and are now the best all round boats of the fleet.

For Phoenix we have changed the hull philosophy again, maybe not as much as in 2009, but it’s a nice jump forward compared to Azzurra. It has the Botin hull DNA but the volume distribution and overall shape has changed to keep improving the downwind characteristics of the boat. Structurally its also quite different, and the engineering team from PURE has managed (again) to come up with a lighter and stiffer structure. This is not an easy task as the boat downstairs looks like a spiderweb with all the deck system running very low. So engineering a new concept and at the same time having to place infinite holes to let the ropes go through bulkheads has been short of challenging. In fact its still work in progress for Paolo Periotto, our production design manager and Micky Costa, who is the team’s project manager.

The Phoenix team has joined forces with the Azzurra team, so this is effectively an MK2 version of the successful blue boat regarding deck and internal systems. The boat is being built by King Marine, the mast comes from Southern Spars and the sails are designed by Juan Garay from North Argentina. So having such an experienced team joining efforts again has produced a very refined overall package. The new rule dictates that the keels need to be 200kg lighter, so we have spent plenty of time working on the hydrodynamics and also on the new fin structure which is very impressive.

So in general we are very satisfied with this project, and we want to thank the owner, Eduardo de Souza Ramos, that allowed this big design team to have enough R&D resources to keep pushing hard in every area. Photo thanks to Juanpa with lots more here.

you kids get off my lawn!