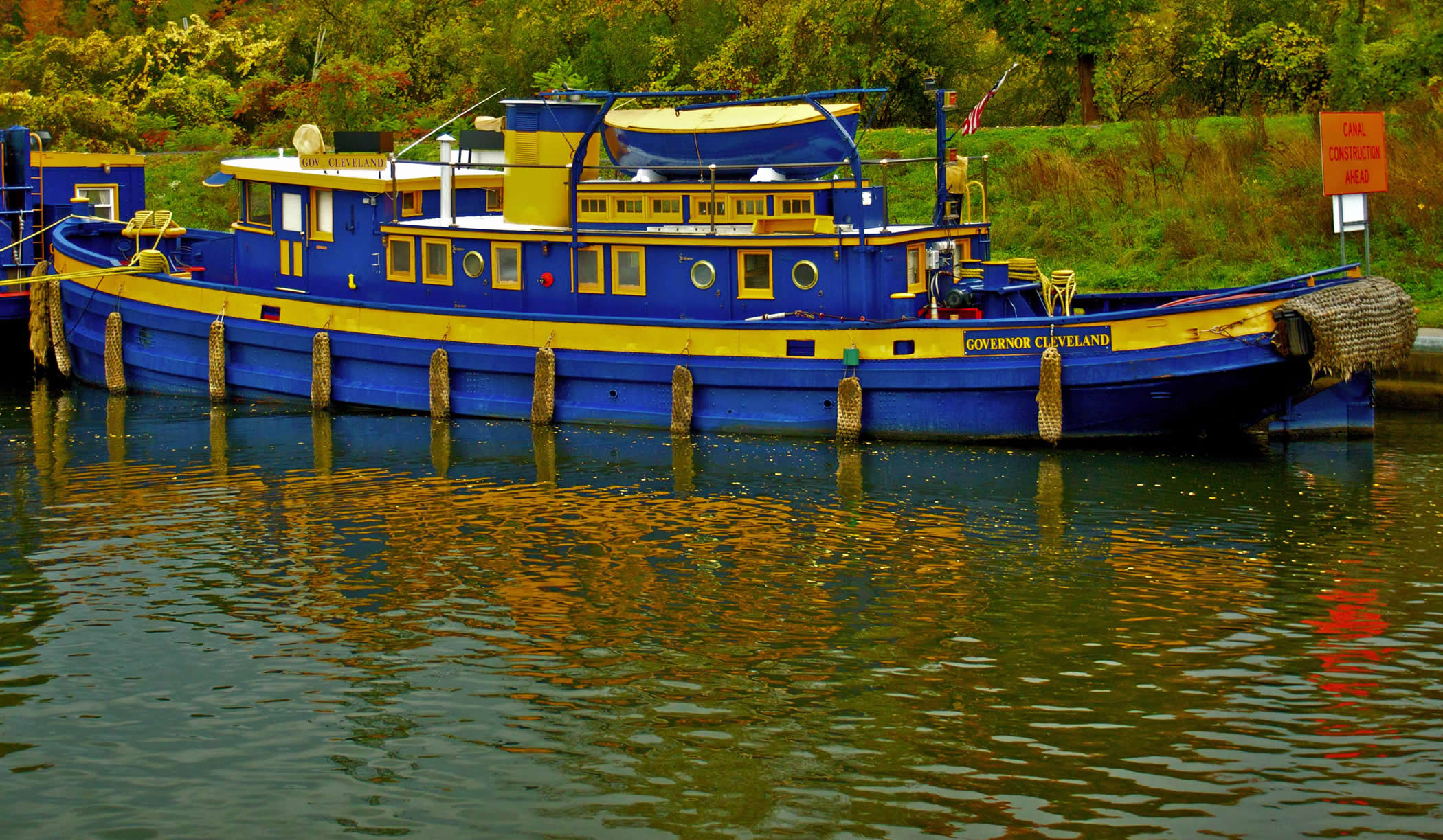 Anarchist Daniel Burlingame has been a loyal reader and contributor here and we always appreciate that. What’s not to like about this one? Danny boy has an entire portfolio on ships and freighters – check it!

“I delivered a 55 foot research vessel to Cambridge Maryland this fall via the Erie Canal from Muskegon, Michigan. I snapped this photo above lock 13 on our way out. Here is some history on the tug:”

The Tug Governor Cleveland and her sister ship, the Tug Governor Roosevelt, were acquired in 1927 as ice breaking tugs for use on the New York State Canal System by the Department of Public Works. They were both originally steam powered, one reason for their large size. Now diesel, they continue to ply the waters of New York State as maintenance vessels for the New York State Canal Corporation. In her heyday, the Cleveland was the flagship of the Canal and sported a large canvas top for Canal inspections. She remains as graceful as ever, and her lifeboat gives her a quaint, if less functional, appearance. The Governor Cleveland was named the 2003 Waterford Tugboat Roundup “Tug of the Year.”

Of course, when we think of The Governor, this is what comes to mind….

trash, pick it up