As The Cup Turns 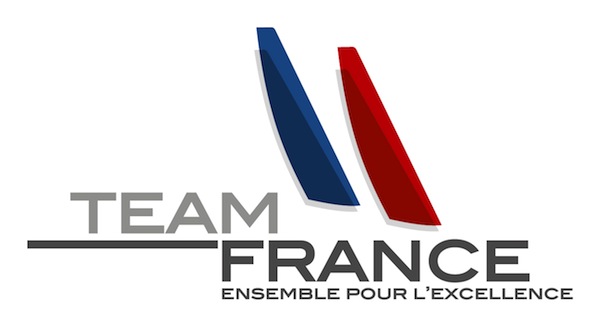 While IMOCA figures out what to do with its future, some of its most legendary skippers are moving in another direction.  As first reported here on SA almost half a year ago, Franck Cammas is moving forward with his usual laser-beam focus on a French America’s Cup bid, and an announcement at the Paris “Nautic” boat show may be the first indicator that he could succeed where Les Freres Peyron couldn’t.

Picking up his second-annual French Sailor of the Year award last night, today Cammas pulled together a true ‘who’s who’ in French racing history for this morning’s announcement.  Michel Desjoyeaux will lead the technical team and Franck the sailing team, while Olivier de Kersauson and Stephane Kandler will handle the less exciting parts of the effort.

The team’s “founding members” — in other words, the guys that have funded the initial sponsorship hunt and tried to open some boardroom doors — include big biz bosses Bruno Bich (Bic), Bertrand Méheut (Canal +), Thierry Martel (Groupama), Bruno Luisetti (formerly Kraft Jacobs Suchard) and Erik Maris (Messier Maris & Associés), but crucially no major sponsors were announced.  In other words, there’s enough money to go looking for more, but not enough to start spending.  We also hear from les anarchistes in Paris that some of the veteran grinders are being asked to keep their schedules open for late 2014 and 2015’s AC45 World Series, but no contacts have been signed…

The newly opened Team France thread is bound to be a big one; check it out over here.

While France throws its hat into the ring, Grant Dalton yesterday told 3News NZ that he was back in as well despite earlier question marks from the public and Dalts himself, and the bitter taste of a crushing defeat.  It’s great news for AC35, as Team NZ continues to prove, year in and year out, that it’s the most credible of challengers.  We’re guessing he won’t be on the boat this time, though Glenn Ashby has already re-upped and Dean Barker is a lifer.  Meanwhile, Dalts continues his publicly lukewarm face on the VOR, claiming the $30M he estimates necessary to win might be impossible to find in the current economic climate.  Then again, Dalts might just be pulling the old ‘negotiation by media’ option with VOR CEO Knut Frostad…

Pauly (on the) Shore

Doing it’s beat to leave the Paul Cayard-led disaster that was Artemis’ AC 34 effort, the team  just announced that Nathan Outteridge and Iain “Goobs” Jensen are continuing with the team, which is currently preparing its bid for the 35th America’s Cup. More. no word which teams are beating down the door to pay way too much for Cayard’s incredible leadership skills.

World Series of Poke Her

The Bay Area Economic Council reported their final America’s Cup economic benefit analysis on Monday, with around $364 million in total economic impact landing in the area over the roughly 3 month period of the event.  This is less than 30% of the original (and insane) $1.4B projection, and less than 40% of the revised $902M projection from March 2013 (and hopefully the City will tell ACEA to get fucked when they tote the same incompetent financial consultants to the table when negotiating the 2017 deal).  With this crap news and the embarrassing ratings for the entire “Summer Of Sailing” and even the incredible AC final (outside of NZ), Coutts is already hedging against big expectations for AC35 in recent softball interviews.

“We’re considering having each of the teams host a World Series event”, Coutts told AC33 and 34 PR staffer Peter Rusch, who’s apparently playing reporter with Yachting World until his AC35 contract comes in.  Coutts says this “would be great in terms of generating excitement in their home countries,” but let’s be serious:  After dropping half the US military budget on incredible ACWS events, Russell is very clearly telling potential teams that they will be responsible for their own regattas in the future.  It’s a shame, because the ACWS is the one part of the AC34 plan that provided awesome racing from beginning to end, and if OTUSA has the kind of massive advantage over AC35 challengers that we would have seen had they not had the big capsize, it might be the only exciting racing of the next Cup – especially if, as we have been hoping, the AC45s race as one-design platforms with unrestricted foils.

Thankfully Coutts cited a coming nationality rule, a welcome change to anyone (like us) who thinks patriotism and sport make great bedfellows.  But he’s already preparing us for a small fleet, presumably because Ellison is shooting to keep the AC72 Class for AC35.  “I think we are better to aim at quality rather than quantity,” he said, despite claiming that new cost reduction measures should cut overall team budgets by around a third.  Call us cynical, but there’s no way in hell another AC72 program will magically cost 25-35 million less than the last time around, even if some one-design elements come into play and there is a joint logistics package.  If there’s one thing that Russell Coutts has proved over and over again, it’s that he always wins, and it always costs a lot more than he says it will.

In our final bit of Cupdate news, longtime Kiwi Cup lawyer (and architect of Alinghi’s doomed CNEV challenge) Hamish Ross hit the news today after claiming in a piece in the NZ Law Journal last month that the New York Courts should have no place in deciding how the America’s Cup is run.  Claiming that foreign litigants can’t get a fair shake in the US courts (mostly because he personally can’t seem to win one) Ross says that the Cup should be administered by ISAF instead.  Because of course ISAF is so very impartial, and of course unmotivated by greed or the millions if fees they seek from the AC.  Ross argues that the Deed of Gift and AC Trust are not even valid, and that they could perhaps be overturned by the Court if a strong plaintiff sued the current Trustee; it’s been Ross’s pet argument for a decade, and it’s quite persuasive, until you realize Ross’s theory rests on two centuries of hearsay, dicta, footnotes, quotes from irrelevant politicians, and courts of another country.  It’s no wonder Ross can’t win a case in the US – even after all this time, he still doesn’t understand how precedent works here.

There’s a thread to discuss the legal stuff, and you can download the full NZLJ piece here.