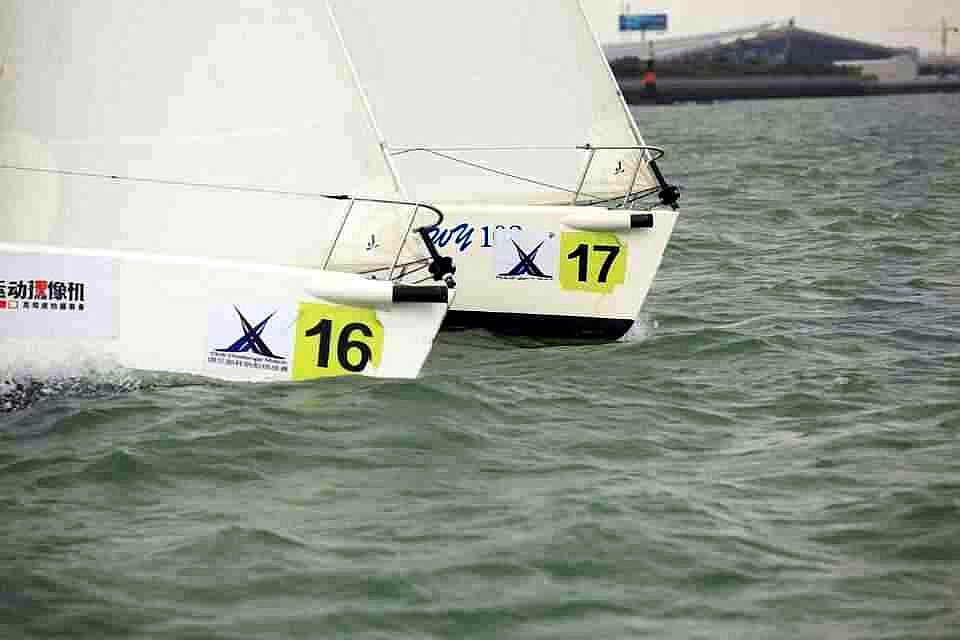 Who said good sailing didn’t exist in China? 4 Days, 4 umpires, 17 teams, 64 Races, 2 Black Flags, more ‘Y’ Flags, green, blue and yellows than you could shake a stick yet not one Rule 14 infringement. In one semi final, on one 800m windward leg, 27 tacks apiece and on the final day 23 knots of wind – more than they can seemingly handle in the America’s Cup.

The Club Cup, as it is often known amongst sailors in China, is the oldest keelboat regatta in China and it would be a fair guess that it is the largest (for Chinese sailors), the highest quality and most respected keel boat regatta in the country. The respect comes from the fact that it has rightfully gained a reputation for fairness and lack of favour to any team from the equalizing of the boats by the President of J-Boats Asia 9himself a former world champion sailor) – the event is sailed in J-80’s – through the boat draw, the swapping of boats between races and the toughness, yet even handedness, of the umpire team.

Started as a challenge between 2 clubs in beat up J-24s almost 10 years ago it pre-dates the more commercial China Cup International Regatta by a couple of years but the biggest difference is that this is a Chinese Regatta for Chinese teams not racing charter for predominantly a bunch of foreigners and the event has grown in size, quality and stature year on year. The speed at which this event has matured both in terms of race management and the skill levels of the competitors is little shy of unbelievable, there is obviously a lot of coaching, practice and perhaps even video watching going on in the Chinese sailing circle.

In the past it has been run over the week of the Chinese National Holiday, this year the event had to be split into a preliminary fleet racing regatta where the 30 entries were whittled down to 16 who returned to Xiamen 3 weeks later (this past extended weekend) for 4 days of knockout match racing. This match racing could best be described as combative, competitive and confrontational with the flags flying almost as much as the spray on the final day yet so often the teams could be seen giving each other the thumbs up and applauding each other as they crossed the finish line with victories that were incredibly frequently not assured until the last 100m of the race track.

The first 3 days lost an average of 2 hours per day due to the breeze being, simply put – somewhere else but the team comprising of PRO Kang Peng, Li Li, the “glue” that held the event together, and the umpire team of Jono, Al, Lauren and GG, not forgetting Jim Johnstone who tirelessly fixed breakdowns and handled boat swaps kept the event pretty much on schedule albeit with nav-lights required on the umpire boats for the return to the marina on a couple of days.

The semi finals saw both extremes of weather from 6 knots for the first 2 races and the match curtailed by that frequently used cricketing term “Bad light stops play” – it was after 5pm after all – to a breeze that easily topped 20kts – peaking around 24 – for the completion of the match.

Little by little the 16 teams were whittled down to the finalists Xiamen Blue Sea YC and Yomovo Sailing Club from Hainan. Each race within this match was won by boat lengths rather than legs and proved to be a hard fought battle that was almost as intense to watch as I am sure it was to compete in. In one pre-start the boats did so many spins round each other than the umpires appeared to be demoted with the umpire flag on their RIB turned from a ‘U’ to a ‘J’. (Think about it) 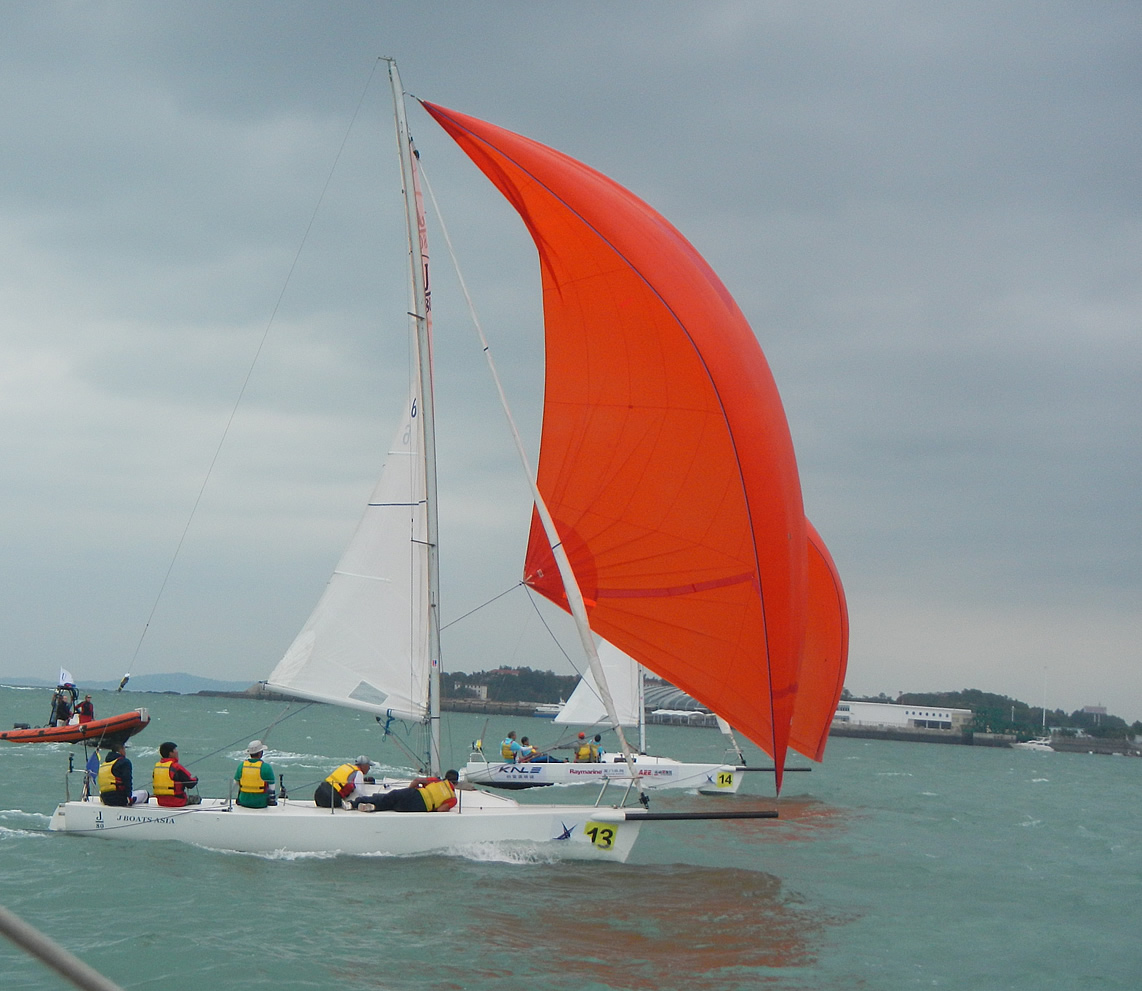 There were attempts, some more successful than others, to use just about every rule in the book to encourage the umpires to fly the other boats flag but the umpires decisions were accepted in the right spirit with, quite naturally, one or two close decisions having to be talked through on the dock later.

There were lead swaps where a runaway leader dropped the kite in the tide allowing the other boat to take over and run away themselves, to races where the protagonists crossed the finish line overlapped as they had been for virtually the whole race.

Ultimately it was Xiamen Blue Sea who prevailed winning the competition to become the challengers to the current holders Liuzhou Sailing Club with the local team from Xiamen Island prevailing 4-1 over the defenders although the scoreline suggests less close racing than reality.

So it is all over for another year, and although there may be pretenders to the throne of the Club Cup, certainly as far as match racing is concerned, nothing in China even comes close. – Alistair Skinner