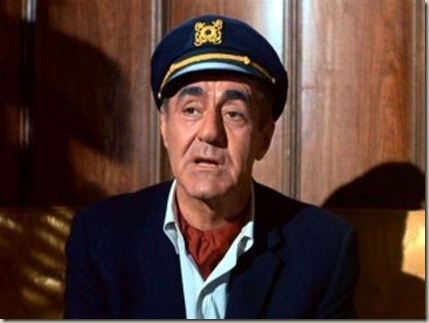 It’s nearly impossible for a US Olympic team to go the distance without loaded parents, the top American Red Bull Youth AC skipper went into major debt just to get to the starting line of an America-based event, and raising the $5-15M for an American Volvo or Vendee campaign?  Fuhgeddaboutit.

We understand that corporations just don’t see the value; Gilligan’s Island, US Sailing, Rolex and the major Yacht Clubs have done their best over the past couple of decades to make sure the sport is as obscure and elitist as possible, but there is a group of people for whom this is no excuse:  The multi-millionaire and billionaire big boat owners that abound in yachting.

Rich American big boat owners just don’t seem to help their sport much, at least beyond the occasional quiet junior sailing contribution.   Rather than helping the sport itself grow, the big time financial and legal eagles don’t generally fund major sailing efforts or Olympic programs beyond ‘helping a crew out’ a bit, content to spend all their sailing dollars on their multi-million dollar custom carbon racers in the relative obscurity of local handicap racing and amateur-dominated events like the Newport-Bermuda, Transpac, and Key West Race Week.  But why?  It’s simple, really: Major sponsorship means major publicity, and that’s something that a big businessman in an economically challenged country just can’t afford.

Don’t believe us?  Just check out what The Economist thinks of yachtsmen in their recent story ‘Luxury and Lies’.  Here’s an excerpt:

GETTING to the top of the corporate ladder is hard work. But once there, chief executives can at least console themselves with the perks of the rich and powerful. An afternoon glugging Armand de Brignac on your yacht can make a lifetime of climbing the greasy pole seem worthwhile…But according to research to be published in the Journal of Financial Economics, bosses who enjoy the finer things in life can be bad for their companies. The researchers hired private investigators to uncover the personal assets of a sample of American chief executives. They then compared those who own trinkets such as a yacht, a $75,000 car or a super-expensive house against a list of companies cited for fraudulent accounting by the Securities and Exchanges Commission. After controlling for things such as its size, the probability that a firm with a flashy CEO will commit fraud, they found, increases by 6% a year for every year that he is at the helm. At firms run by more frugal heads, on the other hand, the likelihood of fraud decreases by 61% every year.