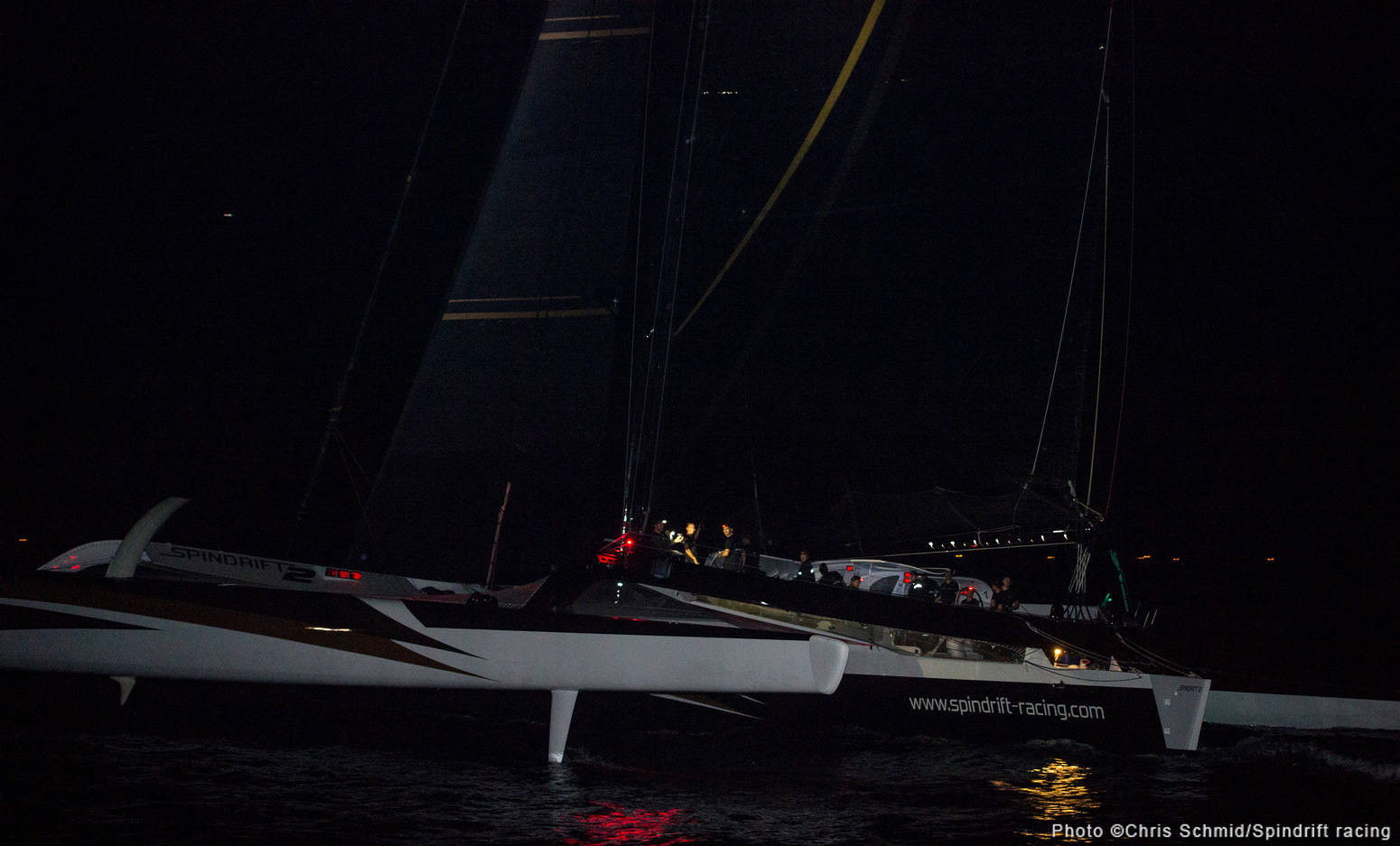 Hot off the Press Release circuit…

After crossing the finish line in San Salvador in the Bahamas this morning just before 0600hrs GMT, Dona Bertarelli and Yann Guichard’s maxi trimaran, Spindrift 2, has beaten the previous record for the Discovery Route, held since 2007 by Franck Cammas and his maxi trimaran, Groupama 3, by more than 20 hours (20 hours, 29 minutes and 32 seconds).

It is an achievement full of astonishing statistics with Spindrift 2 traveling 714.4 miles in one day last Friday, at the extraordinary average speed of 29.7 knots. One burst of speed was recorded peaking at 46.08 knots. Photo by Chris Schmidt.