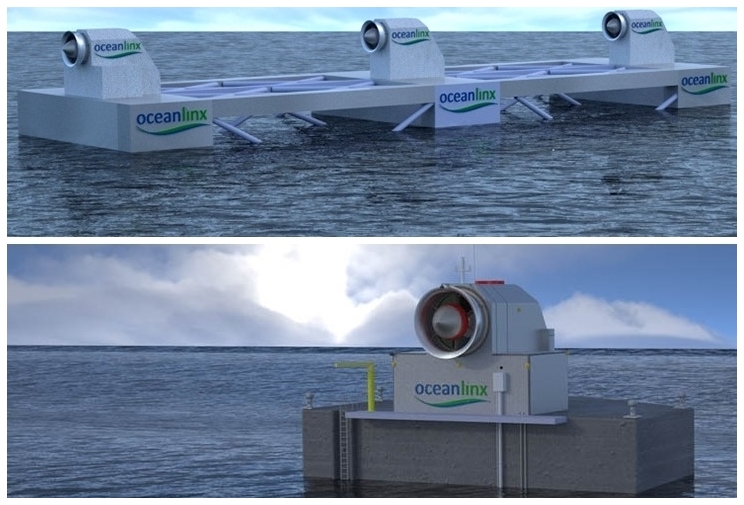 Many of you will remember when Japanese eco-sailor Kenichi Horie took his wacky wave-powered yacht almost 5000 miles across the Pacific.  As he did with solar and human power, Horie proved that waves work pretty well for moving things across the ocean, and even though it wasn’t sailing, it was definitely Anarchy and we dug it.

But wave power isn’t just for moving things, and given the amount of energy available in moving water, wave energy generators may be more powerful and reliable than even the most efficient wind turbines – and one Australian company is right on top of it.  They’re called Oceanlinx, and while they’ve been working on it for more than a decade, last week they launched the world’s first commercial wave energy conversion unit; the greenWAVE.

It’s one of those machines that is almost too simple: Waves move air through hollow channels in the greenWAVE’s concrete legs (just like the blowholes of Baja), and a turbine at the end of the channels spins, turning a generator and creating electricity.  No shit; that’s it.  And if you need fresh water instead of power, they can be capped with desalination plants instead of electricity generators.  Now if they can just build a little one that we can use at the marina or anchorage, and never have to deal with shore power cables or loud gensets at anchorage?  Heaven.

the lady in red