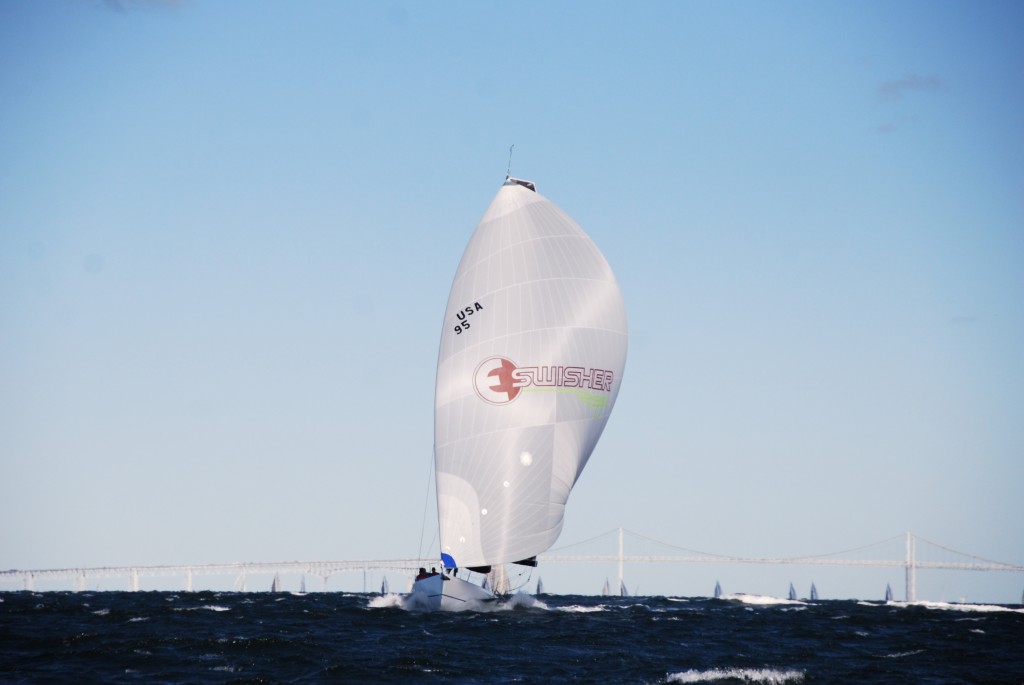 By now you know that we think the Carkeek 40 is the fastest 40-foot monohull we’ve ever seen.  In any direction except straight upwind, the pocket maxi sails faster than most boats twice her length, as Steve Benjamin’s Spookie proved convincingly in October’s AYC Fall Series (Long Island) under IRC and then reinforced a week later in the Annapolis Big Boat Regatta.  Spookie didn’t just beat a fleet of ‘conventional’ 40-50 footers (and one slow TP52), she destroyed them, sailing so far ahead of the fleet in the distance race that they sailed the wrong course, and after finishing, went back on course and sailed another 10 miles to get a score.   This let the sexy new Ker 40 Catapult sneak in for the IRC victory (Spookie took second) ahead of a fleet of ‘IRC-friendly’ boats, while the Carkeek walked away with the HPR trophy (and thanks to Randy Blomquist for the great shot). Tons more great shots from Dan Phelps here.

All that aside, that’s not why we’re featuring her on the front page today; for that, you can thank her sponsor.  We just can’t resist anything from Swisher, even their e-cigarettes.

But just imagine for a moment the sponsorship opportunities once marijuana is legal all over the country.