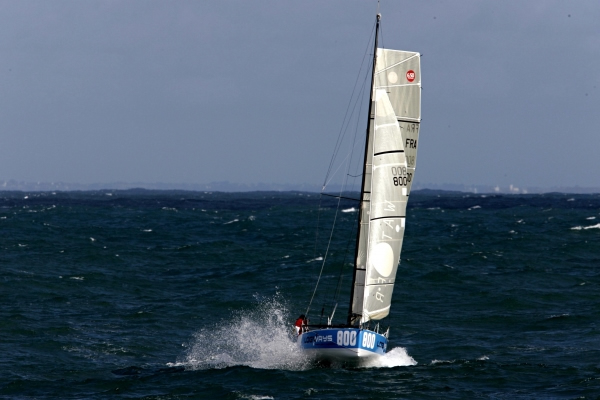 The Race Director of the Mini Transat has decided to implement plan B, which had been mentioned before the start at the last competitor briefing. The fleet will now stop at the port of Sada, near La Coruna, to wait for the strong winds from the south-west that will sweep Cape Finisterre, on 1 and 2 November to moderate and go northwest. The fleet is expected to arrive in the area on the night of October 31 to November 1.

This is the charm and complexity of the organisation of a race like the Mini Transat. Between those competing at a high level and those for whom this race is the adventure of a lifetime, there is a difference on how to run the boat. While the former are constantly looking for performance, others do not have any other objective than to run their business at their own pace. At the same time, crossing the Bay of Biscay reqires a weather window of about four days to clear the entire fleet.

The window seemed to have finally opened yesterday morning, but conditions are deteriorating in Finisterre again, hence the decision of the Race Director who does not want to take any risk with the tail end of the fleet. The Race Director has chosen to anticipate the decision to warn the front runners before the point where the strategic options open up for the fleet, this to ensure sporting fairness. A finish line will be set up in Sada. The ranking of the first leg will the accumulated times for Douarnenez – Sada and Sada – Lanzarote. Competitors were warned by VHF through the intermediary of the support boats and by BLU of the weather break. A confirmation of receipt was requested for each competitor. More here.

And look out for a big pile of Maersk containers!  Chat here.