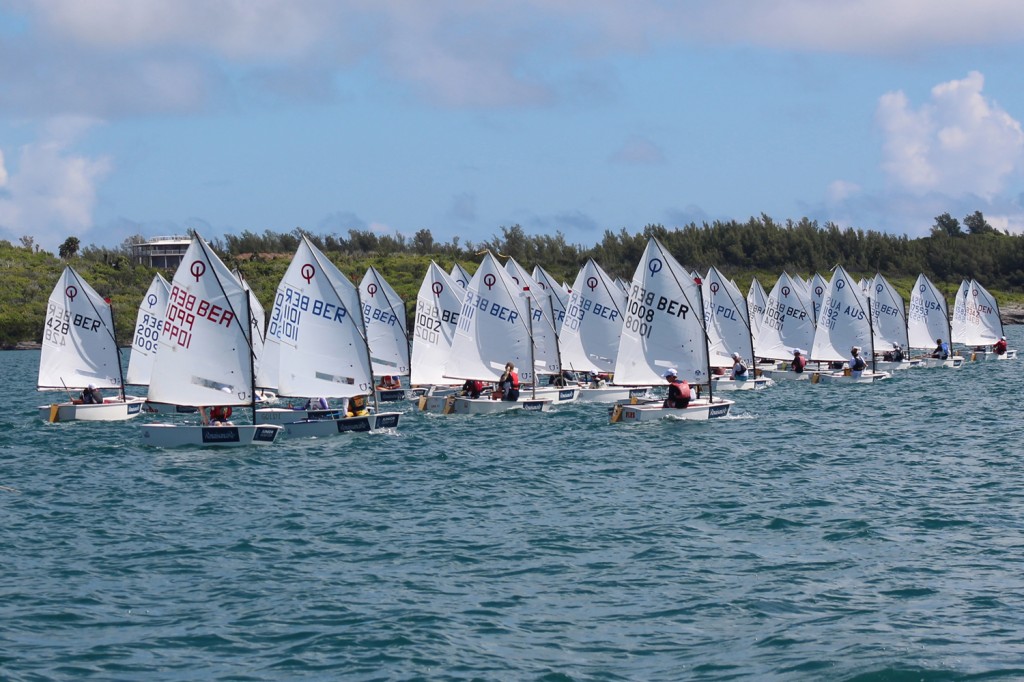 With Australian Max Quirk leading with 15 points at the end of the first day, the field remains wide open with Manon Van Dijk in second place with 30 points and Bermudian Campbell Patton in third place with 31 points.  Forty-nine young sailors were off to a jump-start today at the 11th annual RenaissanceRe Junior Gold after some nervousness caused general recalls in the first two of the four races. After completing four races in 9-10 knot conditions on the Great Sound, competitors from 16 countries as well as Bermuda sailed well throughout changing wind conditions on the first day of completion and will come out stronger tomorrow.

While some of the competitors were racing in their first ever Junior Gold Cup, others like Milo Gill-Taylor of Great Britain, currently in 5th place, was returning for his second year. “I really didn’t feel like I sailed that well today and I didn’t really shine at all but I guess I was consistent after all,” Gill-Taylor said. “I didn’t realize I was in fifth place until just now.”

“I was really happy out there racing today,” said Patton, 12, who started very well on the crowded line. “It wasn’t anything special except that I really played the shifts most of all. I think the key for me as well is that I sailed in the middle of the course most of all. I feel like I had great starts and really stayed with the fleet.” – Laurie Fullerton. Photo Somers Cooper.

that’s enough of that

and then there were six