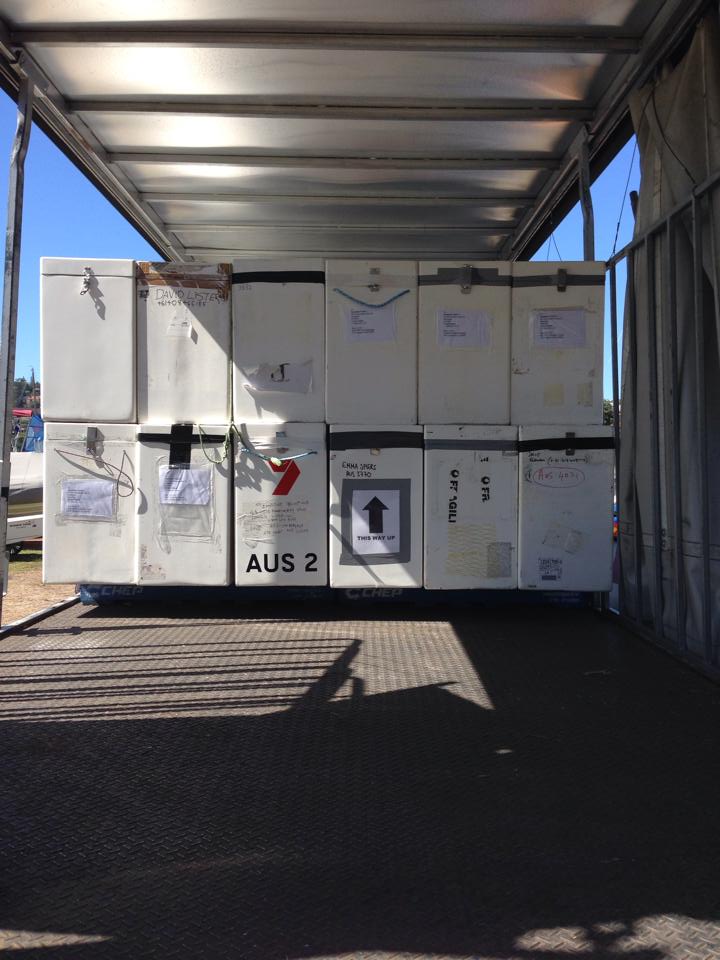 Did you know you can fit 45 moths in a 40′ container?  Apparently no one did, but that is part of the secret sauce in maxing out your registration at a World Championship on an island in the middle of the Pacific.  It’s a brilliant move, really, for the McDougall/Maconaghy Moth Worlds next week in Hawaii.   Kaneohe Bay has perfect weather, flat water, and is about as centrally located as anywhere to the big Moth fleets in Australia, Kiwiland and the US.  And it’s an ideal ‘bucket spot’ for Europeans looking to explore the Pacific; so much so that entrants had to join a waiting list once the fleet reached 80.

The Moth Form Guide has become something of a tradition over the years, and past Moth World Champ and longtime foiling humorist Si Payne – apparently resting his old bones and spectating this time around – gives us his hilarious view at the fast, the furious, and the funked up for the 2013 Moth World Champs.  There’s a website, but this is firmly a Facebook Generation event, so go there for what ails ya.

OK here we go! We confidently reveal the top 10 with the same authority and precision as in (ahem) previous years! 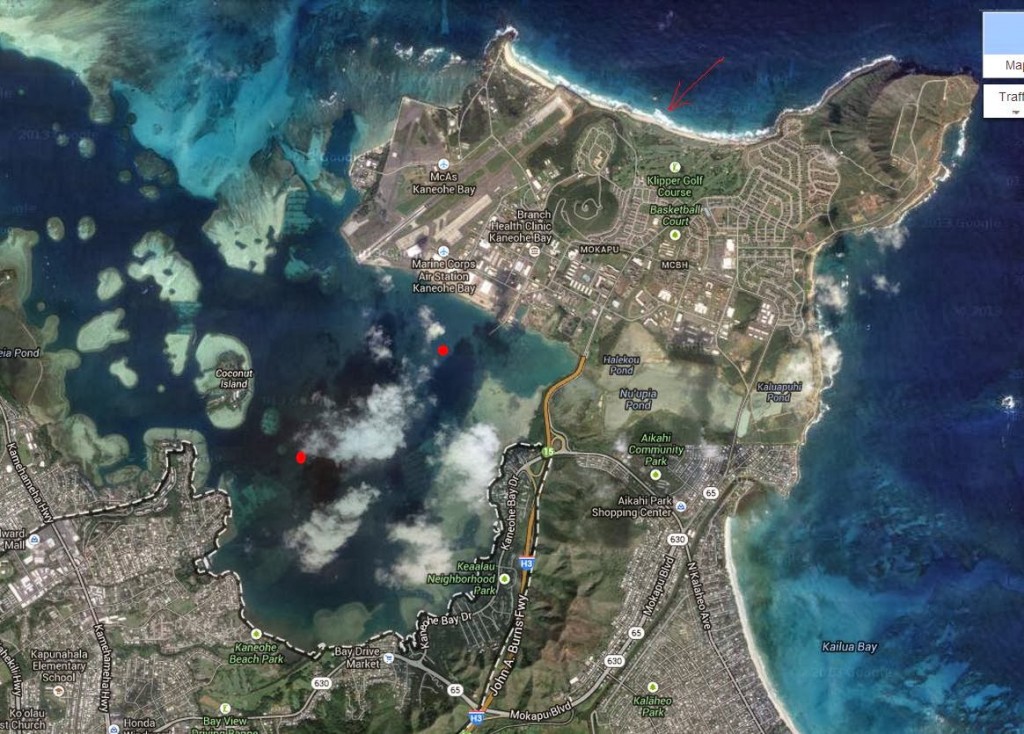 Firstly the venue! Kaneohe Bay Hawaii! It’s on the windward side of the island, but its inside a bay, so its sheltered and therefore flat water. It’s seemingly perfect for Moth sailing with its lovely wind and clear warm water.

However a note of caution. If you’re not a good tacker then you are going to struggle. We haven’t heard the word “cone” in sailing until this summer but it seems now it’s everywhere. We are told that there is a kind of a cone here too, specifically as it gets shiftier and the oscillations get faster and more extreme towards the windward mark.

Clearly it’s best to tack on the shifts, but if your tacking is so slow that they play the “Chariots of Fire“ symphony every time you put the helm down, then it’s going to be a long week.

Still, here we go, our top ten with a hint of fun:
1.     Peter Burling, NZ.  Yes he’s on it! Peter is the 2012 49er Olympic silver medalist. He recently cleaned up in the Red Bull Youth AC, and the other week he won the 49er worlds.  Young, gifted and just like his Mach2, All Black!

2.     Nathan Outteridge,  AUS. 2011 World Champion. Will he sail or will he commentate? We assume the former. The 2012 49er gold medalist is back in the Moth class!!  If he shouts “Boundary!” and tacks, for goodness sake just get out of the way…

3.     Anthony Kotoun, ISV. An outstanding worlds last year marked him out as America’s best. Unflappable, unconventional and highly likely to be unstoppable.  Rumored to have found a secret short cut through the reef after last year’s recce. Would be a highly popular winner.

4.     Josh McKnight, AUS. Current World Champion. Just got on and did it last year as no one said he couldn’t. Fast, fit and mature beyond his years on the racecourse. Big but… No one has defended on foils yet, – could he be the one?  Recently been messing about on rafts. Not ideal prep..

5.     Bora Gulari, USA. “Airforce One you have permission to take off” Bora likes home soil. He won at the Gorge in 2009 and so Hawaii could be his turn again. You always feel he might be working on something important. Rarely is.

6.     Scott Babbage, AUS.  Mr Consistent. Sooo close last year in Garda, but 2013 could be his year.  He’s the class president though, which means he has to chair the AGM, and it takes a strong man not to let that sap the will to live out of you. Would be a very popular winner though.

7.     Rob Gough, AUS. Rumored to be going very fast. He’s the Aussie alternative choice in a “Mac” versus “PC“ kind of way. Rob has invested more time and more money than anyone else. He’s strong, innovative and with good boat handling.  Rumor has it he’s bringing his own personal trainer.

8.     Rob Greenhalgh, GBR.  Been winning things of considerable note across the sailing spectrum for a number of decades. Rob dominated the UK nationals this year. If the first couple of races go well and it’s not too windy, the British flag could fly over the Hawaiian Islands for the first time since Captain Cook banged into them.

9.     Chris Rashley, GBR. Current European Champion. If he keeps it together then he will be in the mix. Lots of years left in him. Very organized. In fact the most organized Moth sailor we’ve ever seen. Find him by following the trail of multicoloured Post-it notes…

10. Iain “Goobs” Jensen, AUS. 2012 49er Gold medalist and straight out of the AC. Will have that trademark “thousand yard” star that all those AC72 guys have. Used to being 12 foot in the air and so he could unwittingly pull his ride height adjuster right off! Timing might be off in a boat 61ft shorter than he’s used too.
THE WILD CARDS

Eric Arkhus, USA. Fresh from winning Melges 32 world championships, Eric could well break into the top 5. Anyway stay out of his way too! At the US Nationals at Kaneohe last year, he took out a J-105 and ran straight over a Bladerider.

Dave Lister, AUS. Once hailed as the fastest man in the world on foils.  Possibly the first ever to foil tack a moth.  Older than God.

Andrew McDougall, AUS. A freak. Take out the seemingly greater importance of tacking at this event and we’d put him right up there.

John Harris, AUS. 2008 World Champion and 18ft skiff legend. Resides in the USA where he’s been building a business, and also, we hear, a waistline.
Just not practiced enough to get in the top 10, but form is temporary, and class is permanent.  Could be another great comeback in this iconic summer of 2013.

Julian Salter, AUS. The Charge of the light brigade!  Clever sailor, foils in a Turtles sneeze. If it’s a very light week then he’s the best equipped to take advantage of it.

So will we be right? Almost certainly not, but it will be a great event!

Good luck to all.