A nice update on the state of the Mini on the countdown to the MiniTransat. 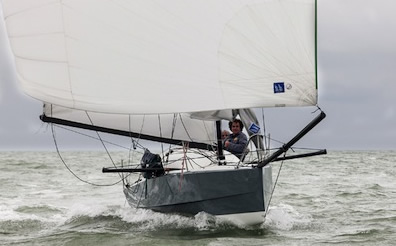 Since its early editions, the Mini Transat has been generating new ideas, technology and evolutions in hull design. Condensing into 6.50m anything that might make a boat go faster has led to many new ideas, some of which were revealed as great, while others were perfect failures. But today, the trend is to a maturing wisdom.

From the inception of the event in 1977, the Mini Transat sparked initiatives from the architects and explored new paths with more or less success. In listing the successes we could evoke the winning prototype in 1979 that inaugurated the planing hulls and ballast, the carbon mast of Yves Parlier in 1985, the canting keel of Michel Desjoyeaux in 1991 or even the prototype of Sebastien Magnen with its hugely powerful forward hull section, and Karen Liquid, double winner of the event in 1997 and 1999. Obviously, we cannot exclude from this list David Raison’s Magnum whose shape, inherited from the Scows of the east coast of the United States, demonstrated its superiority in the 2011 edition. 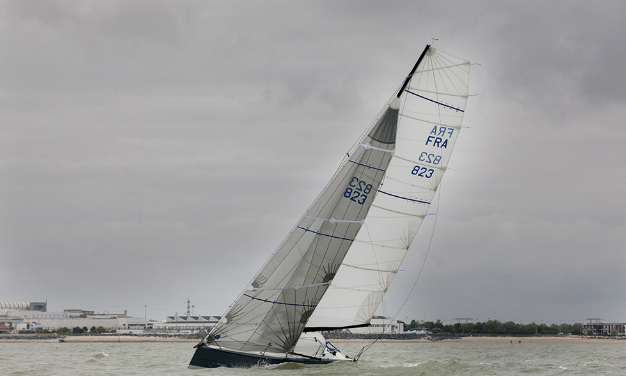 The difficulty is how to innovate at the right time. Too early and you risk developing a concept that is not complete enough, too late and you let the competition take over. We have seen a few boats and “revolutionaries” with careers of exemplary brevity, such as a prototype called “Babouche” which was like a sharpened knife on which the skipper could not even stand on the deck. Fortunately, it capsized in the Bay of Concarneau before the start of the 1987 Mini Transat. For others, the development of an innovative concept is a matter of time and belief.

When David Raison launched his Magnum, the circle of sceptics was wide. “This is a boat that required a long development. First, because some innovative methods such as the canting keel when more or less down, require a mastery of the process for operation. But also because the hull required another approach to sailing. It does not use the same angles upwind or sailing downwind …” It’s the same story for Samuel Manuard, architect of several winning prototypes: “Today, we see that the sailors must spend more and more time on the water. The balance between the single hander and his boat is the first priority. Sometimes it is better to have a slightly more simple machine that we can use effectively than a gas plant that we cannot master. Some projects are more innovative than others. When David Raison drew his Magnum, it made a big leap, but the trend had been there for several years for boats to be more powerful forward.”

This is the same radical philosophy applied by Dominique Pedron of Isotop Composites when he decided to build a Mini with DSS, a retractable horizontal foil, which transfers from side to side and supposedly compensates for the efficiency of a canting keel through dynamic support downwind wind. Jean Saucet, project collaborator draws his first conclusions: “We saw that the boat was very fast upwind in light air, but there was a lack of support in the breeze. For the foil to be effective it requires speed and it is on this transition that we must work.” Is the DSS the way forward in Minis? In any case, this is a project to follow. 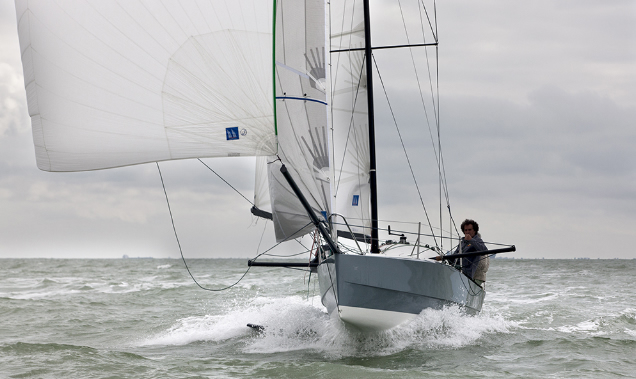 Nevertheless, in the current economic climate, the prototypes are not legion. For this 2013 edition one new prototype has been created and even the most recognised architects have not recorded a single order for more than two years. The economic crisis is there and even if the entrants do not want to miss the adventure, some are reluctant to embark on a new project. “The general situation is not changing, for sure. Paradoxically, the change of course made the sailors even more uncertain. For many it’s a case of: wait and see which boats worked in 2013 before making decisions for 2015.” says David Reason. “The concern about financial risk taking is an obvious obstacle to creativity. Today, the sailors do not want to rush in to any proposal that is too different,” said Samuel Manuard. “So we worked on detail improvements: increasing the possibility of seeking a longitudinal mast, working on systems to adjust the bowsprit in height, installing an appendix on the transom to change the water streams and win stability downwind, remove ballast in anticipation of a close downwind leg … For this 2013 edition, we thus find boats that may be four or more years old that are quite capable of winning the Mini Transat. Whether we like it or not, it is still the duo of boat and skipper that makes the difference in the end.”

throw money at it

so lonely From SA’er Jax.