Given the epic fail delivered by Artemis “CEO”Paul Cayard in the current America’s Cup,  the Artemis AC team booted Pope Paul, replacing him with Iain Percey for their next AC efforts. 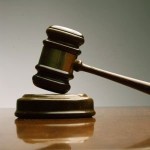 Two-time Olympic gold medalist Iain Percy will take over the lead of the Artemis Racing America’s Cup team as it plans for the next edition of the 162-year-old regatta, team owner Torbjorn Tornqvist said.

Percy, who led the on-water crew as skipper during this year’s Cup campaign, will take the title of team manager and succeed Paul Cayard, the team’s chief executive officer, after the current Cup ends, Tornqvist said today in a telephone interview from Geneva. Read on.