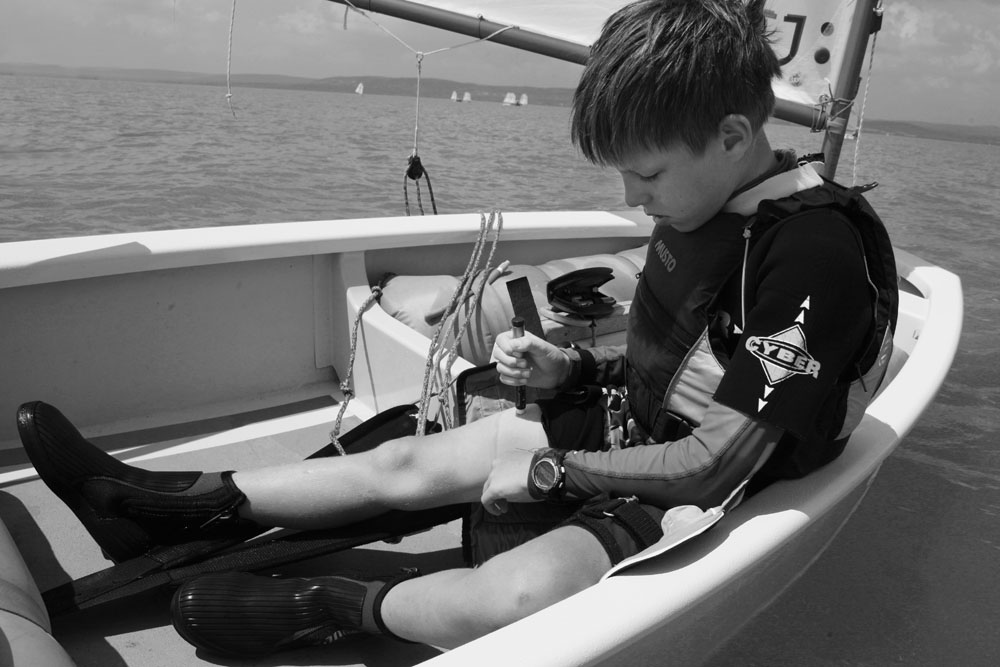 Abel Laszlofy is an 11 years old Hungarian Optimist sailor having diabetes type 1 for two years. When his diabetes was diagnosed he was already sailing competitively. He wished to continue racing under appropriate safety measurements. Sailing however is not necessarily a sport for people with diabetes.

But is it possible to stop a determined child choosing the sport he adores and in which he shows a great talent in this situation?

The young sailor has diabetes type 1,which means he has to inject himself regularly with insulin and monitor his blood sugar level (on the water just as well). This means a bigger responsibility for Abel and additionally for Peter Török, the head coach of the Spartacus Sailing Club.

Spartacus is a reputable club, Szabolcs Majthényi, the nine times world champion in Flying Dutchman(FD) class is sailing here among many Olympic sailors. His diabetes requires more attention from his family’s side- his father and his twin brother Levente as well. And not only the family, Abel himself has to be more aware of his situation than an average sailor with no diabetes. The other kids hardly realize his illness-it is only visible when he measures his blood sugar level at the coach’s boat while being on the water. He has to inject himself with insulin 4 times a day and measure his blood level regularly. And while an average kid makes a fuss from taking blood- for Abel it is daily routine.

Abel is in a lucky situation, his twin brother Levente is an Optimist sailor as well. The two boys are among the first Optimist sailors on the Hungarian ranking list, despite their young age of 11 years. 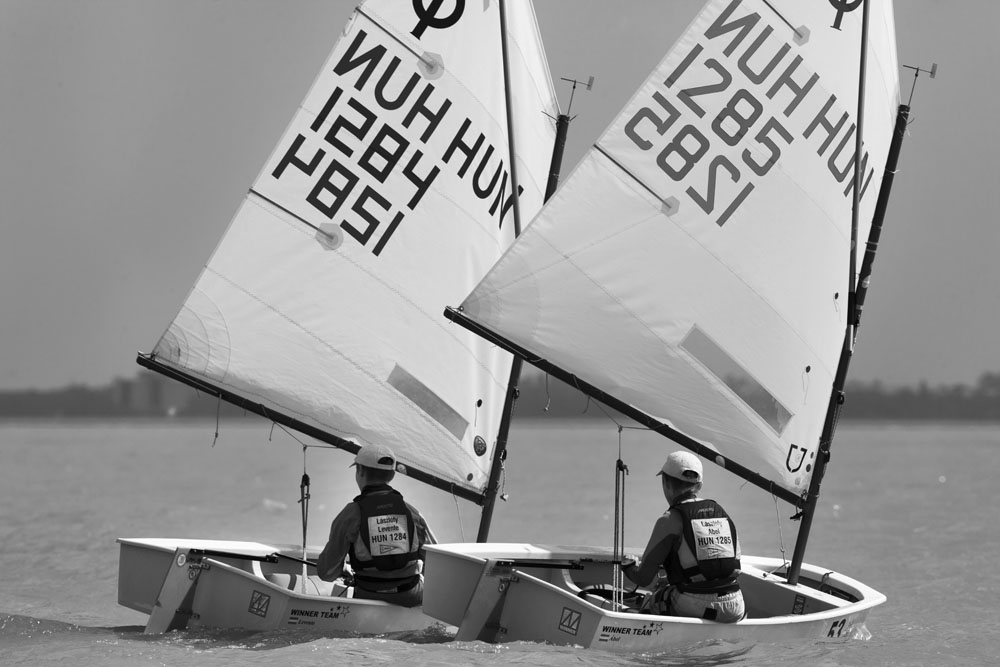 Abel and Levente spent most of their time besides school with sailing. They missed 50 schooldays last term due to international regattas and training. They raced in Spain, Turkey, Netherlands and Italy as well, in Slovenia and Croatia they are regular guests in the winter periods when it is not possible to sail in Hungary because of the cold weather conditions.

And before anyone thinks they neglect school, we must ensure our readers, there is no need to worry about. Concerning Levente, he is an excellent student, Abel only has two grade fours. One of them is in discipline…(In the Hungarian school system five is the best mark,one is the worst.)

Abel and Levente participated in the European Optimist Championship at the beginning of July. The aim was to prove their skills in the fleet, in which they belonged to the youngest ones. The trial was passed successfully, they continue their path lead by their coach, Peter Török. The main aim is to be able to participate at the European Optimist Championship in Ireland in 2014 after being chosen at several selective trials and to compare their skills with other sailors. 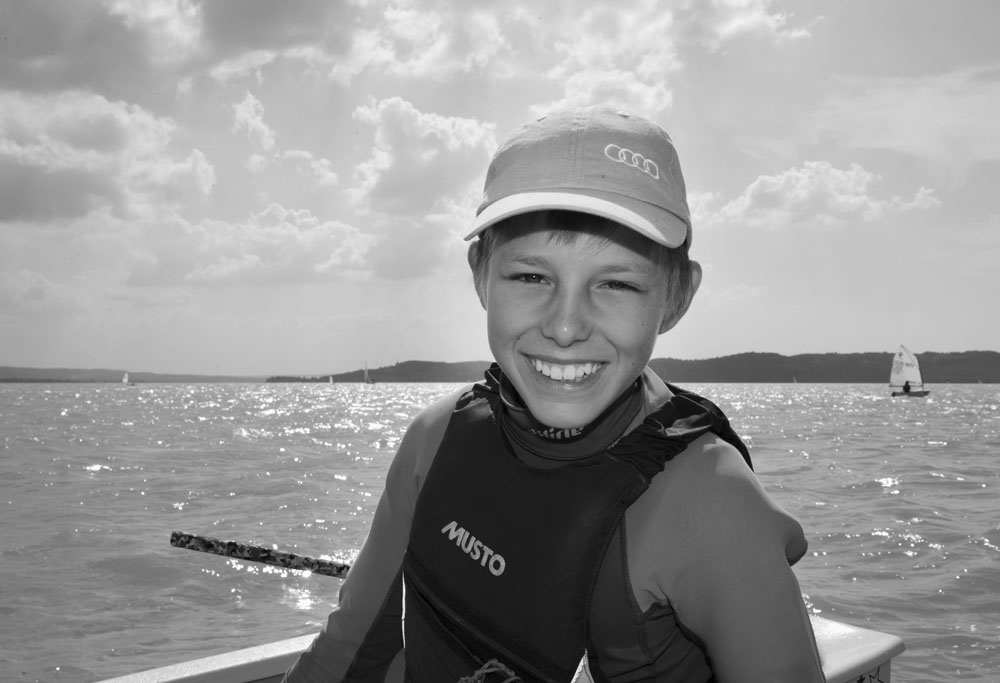 Beside school and sailing Abel has other tasks as well. He takes part in the work of a Hungarian charity called ”A Drop of Attention”. This charity was founded by a well known Hungarian TV personality, Antonia Erős, who has diabetes as well. With the help of this charity a fairy tale book by the popular Petra Finy was published this year. What is so special about the book from Abel’s view is that it was based on Abel himself. It is not by chance that one of the main characters, Glu has diabetes and he travels all around in his small boat. The book’s goal-and Abel’s mission- is to inform children with non diabetes about diabetes and to show them how to help if someone with diabetes gets into trouble.

And if somewhere in the world you come across the sail HUN1285, wave to Abel. It gives him strength in sports as well as in fulfilling his mission.Those who get sad in everyday life, just be reminded by the always smiling little boy,who fights his faith, and win his battle. – Gabor Tursci.