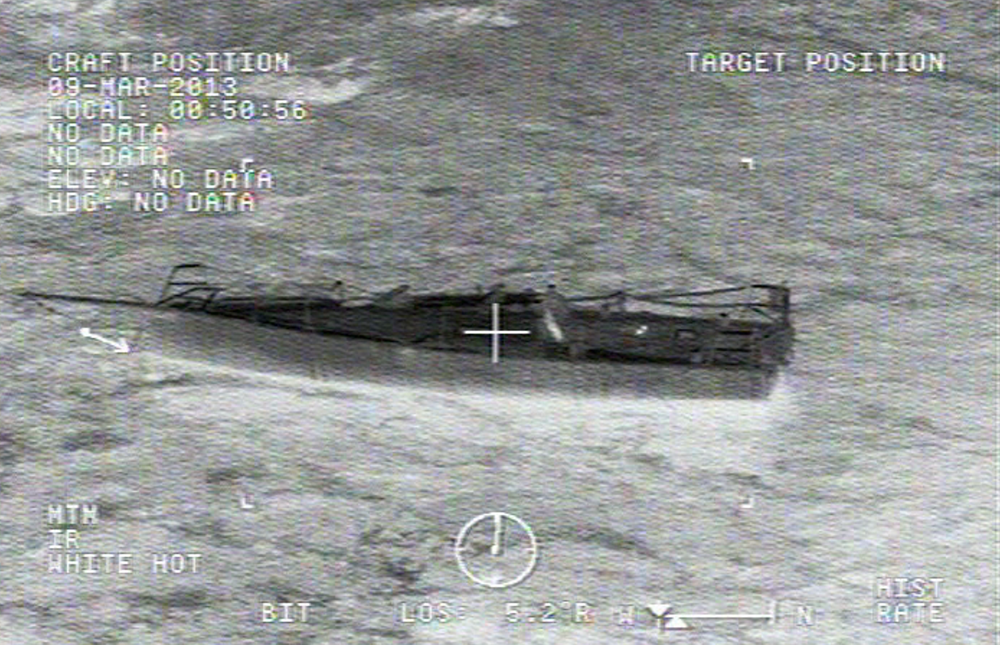 The story of the the tragic death onboard the C-32 Uncontrollable Urge  during the 139 mile Islands Race is one that most sailors, at least in SoCal, are sadly familiar with. Resulting in the death of Craig Williams, the circumstances are intense, critical and ultimately disastrous. We now have a chance to hear some observations from the Skipper and crew of UU.

What is of great concern is the decision made by the Skipper to, rather than getting a tow from the Coast Guard or fellow racers,  insist on “arranging a commercial tow with our contracted towing service.” What was the motivation behind that decision? And did that lead to the disastrous ending?  We may ultimately never know the answer to that final question…

At approximately 9:26pm on March 8, 2013 the rudder on the sailboat Uncontrollable Urge broke off during a storm off San Clemente Island in southern California. Two and one half-hours later, the boat was aground on the lee shore of San Clemente Island. Events during the two and a half-hour ordeal resulted in the loss of our friend and crew member, Craig Williams.

Uncontrollable Urge was a new boat and still being put through its paces. The Islands Race was being used as a qualifier for longer offshore races, Transpac 2013 in particular. Although the boat was performing well in our division, we were not racing particularly hard as our purpose was to assess the functionality of the various systems on the boat in offshore conditions.

Uncontrollable Urge was one of the farthest outside boats of the fleet while rounding San Clemente Island (appx 2nm) with mixed waves of height to 10 feet and winds of 25+ knots gusting. Immediately after loss of steerage the skipper called the USCG to inform them of our situation and to ask for assistance in arranging a commercial tow with our contracted towing service. The skipper, believing there was more time available due to SOG readings of 0 to 0.2kt, and that commercial towing would be readily available, initially declined assistance from fellow racers.

Throughout the incident, Uncontrollable Urge was in constant radio contact with the USCG. The crew began building and deploying different means of steerage (two emergency rudders, drogues, warps and motoring), but with none of these working and a tow not available for 20 hours, the USCG launched a rescue. A call for help to all boats went out, but by then the fleet had sailed past the island.

The boat grounded, and was rolled by a large breaking wave to starboard: two crew members thrown overboard were able to swim ashore; two other crew members went overboard but were trapped in their tethers; and two crew members remained on board. The tethered crew members either released themselves or were eventually cut free. The two crew members aboard rode the boat in and then swam ashore. All six crew were wearing Type V inflatable lifejackets (some including thigh straps), and all properly inflated. While swimming ashore five of the six-lifejacket bladders pulled over the heads of the crew in the heavy surf (including those wearing thigh straps). One crew member found Craig with his lifejacket over his head, floating face-down and gave him CPR, but was unable to revive him. A helicopter from the USCG located the crew on the island and winched the remaining crew to safety before recovering Craig’s body. Read on.