too tough to die 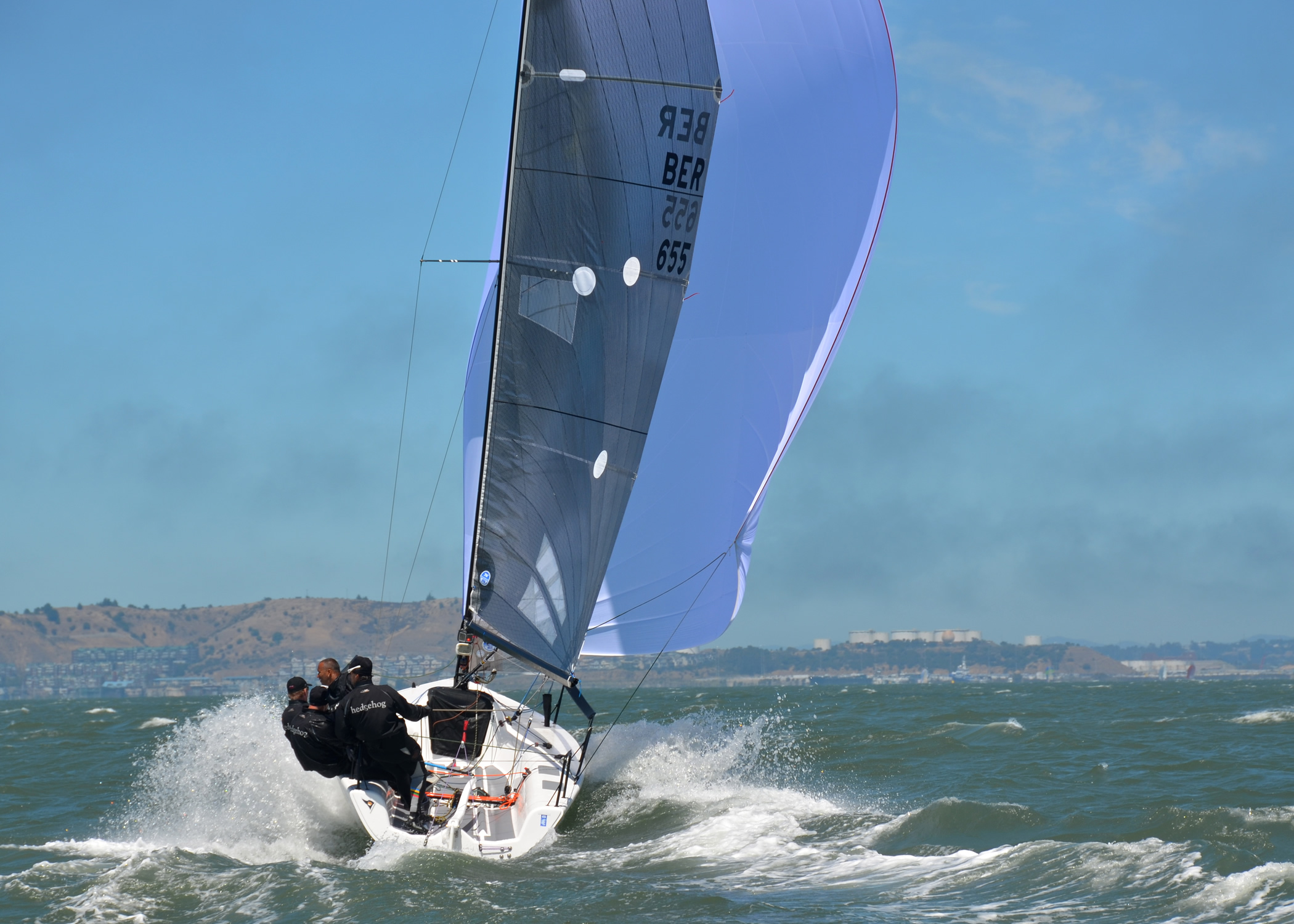 Today reminded me of slam dancing at a Ramones concert – Too Tough to Die being their best tour. It wasn’t the nuclear winds that made it so (typical August condition never appeared). It was the constant gear changes and running up the butts of the J105 fleet and dodging the other 5 classes on opposite legs that made it such a fight!

Each race featured multiple conditions, ranging from 5 to 20 kts, shifting from 170 to 210, flat water, current chop, and the special 40-keel-boats-all meeting-at-the-leeward-mark chop. I’ve not seen the scores, but at any given time, Embarr, Rocknroll, Monsoon, and hedgehog led, but, as rounding first meant you were essentially the 15th j105, this meant no lead was safe.

Monsoon and Hedgehog are tied for the lead, (Monsoon winning through retrogression) with lots of boats not too far behind. 2 races scheduled for tomorrow, and no drops means a lot can change tomorrow.

Photo by Anna Cutler. And thank you, Ramones.