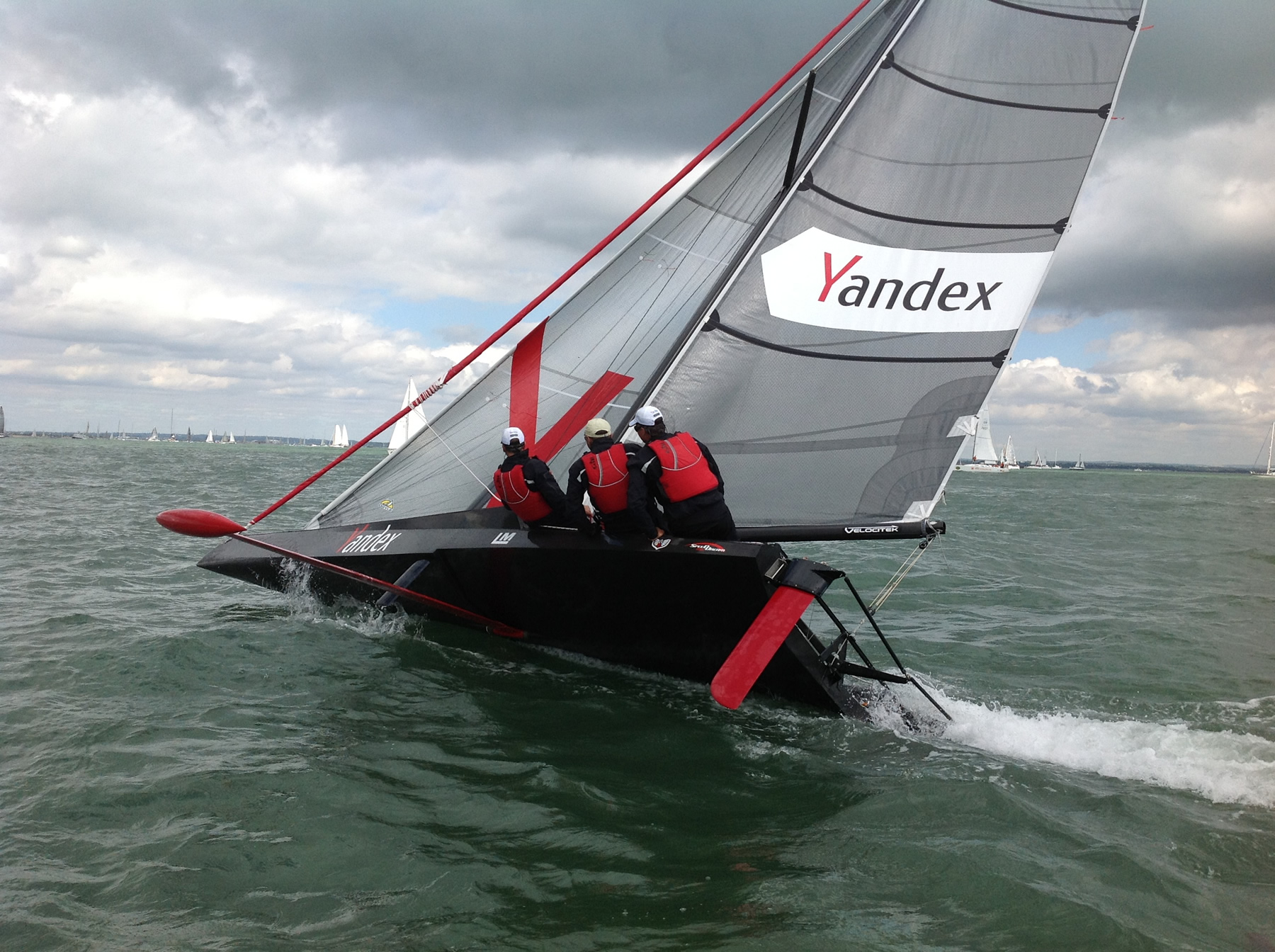 SpeedDream made its European debut with an appearance at the iconic Cowes Race Week on the south coast of England. There is no other regatta in the world where so many different types and classes of boats compete in the same waters and the Solent, that narrow strip of land between the south coast of England and the Isle of Wight, was awash with color and excitement. Added to the mix was an aerial display by the Red Arrows, the British equivalent of the Blue Angels, as well as a spectacular fireworks display.

We chose to show SpeedDream off at the start of the Fastnet Race where a record 350 entries gathered off the Royal Yacht Squadron for the 650 mile race to the Fastnet rock and back to Plymouth. Sheets of rain fell as we prepared the boat at the Medina Yard in East Cowes, but by the time we took a tow out to the start area there was sunshine through low storm clouds throwing a sublime light on the thousands of spectators all enjoying the show.

There is no doubt that SpeedDream turned a few heads. At first the wind was light and without the keel flying the boat just looked like some kind of stealth fighter lurking among the race boats. People would do a double take and then scramble for their cameras. Once a light sea breeze filled in the boat started to take off and then there were more than a few surprised faces as first they looked at the boat and then suddenly they saw the keel flying in close formation. If you have never seen the keel out of the water it’s quite a thing to witness and hundreds of sailors got their first glimpse of the future of fast boats. Check the video here.

The boat is now being readied for the next big appearance; demo sailing as part of the Extreme Sailing Series in Cardiff August 23-26. – Brian Hancock.