While Ryan and the St. Mary’s nippers grabbed the Governor’s Cup on the East Coast, Aussie junior match racer Sam Gilmour continued his run to the limelight with a win at the Balboa YC’s Governor’s Cup and a strong finish at the Royal Van’s Kintec Invitational.   Here’s his report, with title props to Wilco. 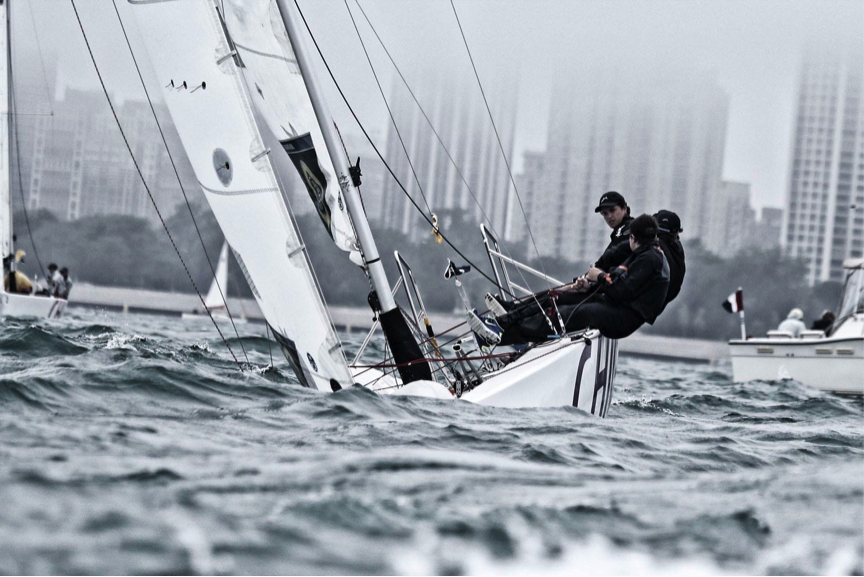 Following our racing at the Chicago Match Race Centre, we traveled to Orange County, California for the Governor’s Cup. Being the oldest youth match racing regatta in the world, the club always puts on a big show for the regatta, so it was an event the team were all really looking forward to.  This year saw an impressive lineup of teams at the Balboa YC; it’s definitely one of the most competitive youth regattas in the world.

An unusually strong seabreeze of 15 knot blew on the first day of racing, though we saw the expected local conditions throughout the rest of the regatta; 5-8 knots or so.   We knew that our advantage lay in our match race experience and boat handling, so we concentrated on taking on a race-by-race approach to the sailing. With 5 days of racing on tap, the regatta progresses fairly slowly; ensuring your heads are in the game is essential.

Our record of 16-2 in the round robins was enough to push us through to 2nd for the semifinal, and the ‘first to three’ format pitted us against the Balboa YC’s own team skippered by Ryan Davidson. We were able to win each start, and protect the favored side of the course, advancing to the final with 3 straight wins, and our team benefited with a big boost in confidence for our boat speed and tactics going into the next day.  RNZYS edged out AJ Reiter’s team from San Diego Yacht Club, in a semi that went down to the 5th race.

Conditions were light for the finals – just 4-7 knots or so – so we knew boat speed would be crucial.   In the first race, we made an unforced error and gave Steele the chance to force a penalty on us, which he promptly did.  We took the lead but never enough to clear our penalty, and the Kiwi team jumped to the early lead.  Race two saw the opposite occur, and we were able to lead the entire race to take the win. In the third race, we once again took a penalty in the pre-start, but were able to get a large enough lead to eventually wipe it off; another point for Neptune Racing, just one more to go! 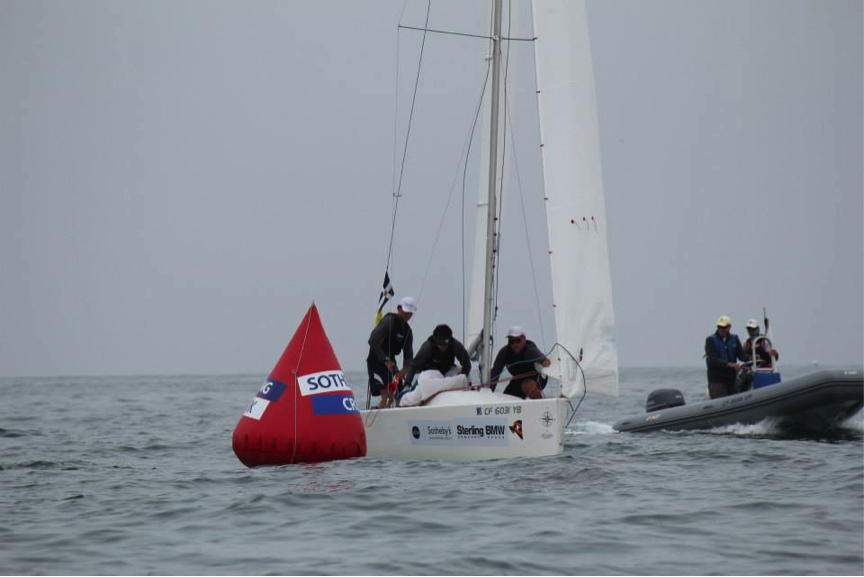 With everything on the line, Steele and his team were over the line early, and we easily led them around the course to take the race and the overall win.  Meanwhile, Ryan and the BYC team took the all-California petit-final to place 3rd.  The week was great fun onshore, and to take the win on the water made it that much sweeter.

Following this, we began our trip up towards Vancouver, with a short stopover in San Francisco to check out some Louis Vuitton Cup action.  After a long drive, we arrived at the Royal Vancouver Yacht Club for the Kintec Summer Invitational Match Race.

Our solid performance in SoCal gave us high hopes for the Kintec.  We knew that the competition would be at a similar level, with the top 3 teams from California all sailing in Vancouver. A different fleet of boats meant  quite a few adjustments to our sailing style- adjustment’s we just didn’t make as well as some of the other teams.  While we struggled in the early action, Ryan Davidson and his BYC came out strong, winning all of his races in the round robin. Chris Steele and the RNZYS guys weren’t far off having just one loss. We ended up 5-3, and knew we needed to change some things and improve others as we went into the semi-finals.

Having qualified 4th, we raced Davidson in the semi-final, but it seemed the Californians were always a step ahead of us, and they put us away in two straight races.  Our Kiwi pals won their semi-final 2-0 against Royal Van local Ben Mumford. This matched us up against Mumford in our petit final, and only then did we seem to snap together as a team.  We won the petit 2 to nil, feeling fast all around the course.  In the final, Davidson continued his magical run, always seeming to have something extra despite Steele’s Kiwis sailing very strongly.   seemed only then, that we managed to snap together in the boats, winning 2-0, and feeling fast all the time around the race course. The final was close, and both of these well-sailed teams put on an exciting show, but , but Davidson managed to always have something extra and won 3-2. 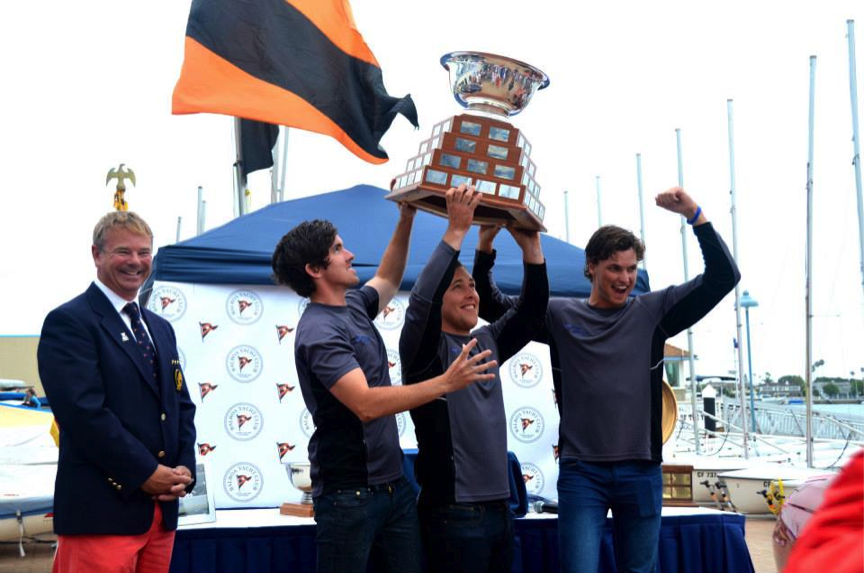 Our summer tour of the US and Canada was incredible – what a way to spend (our) winter!  We met dozens or hundreds of great new people, learnt massive amounts about match racing from a wide variety of great sailors, and figured out what we will need to get to the next level.  We truly appreciate all the interest from the Anarchy community, and encourage you to stay in touch with us via our Facebook Page or you can email us here if you’d like to know more, or you’re interested in sponsoring Neptune Racing.  We’ll be posting updates from the Aussie and Youth Match Racing Nationals at the end of September.  Wish us luck!

flying in for the win