One of our favorite ballers, Ryan Breymaier checks in with a nice little win… 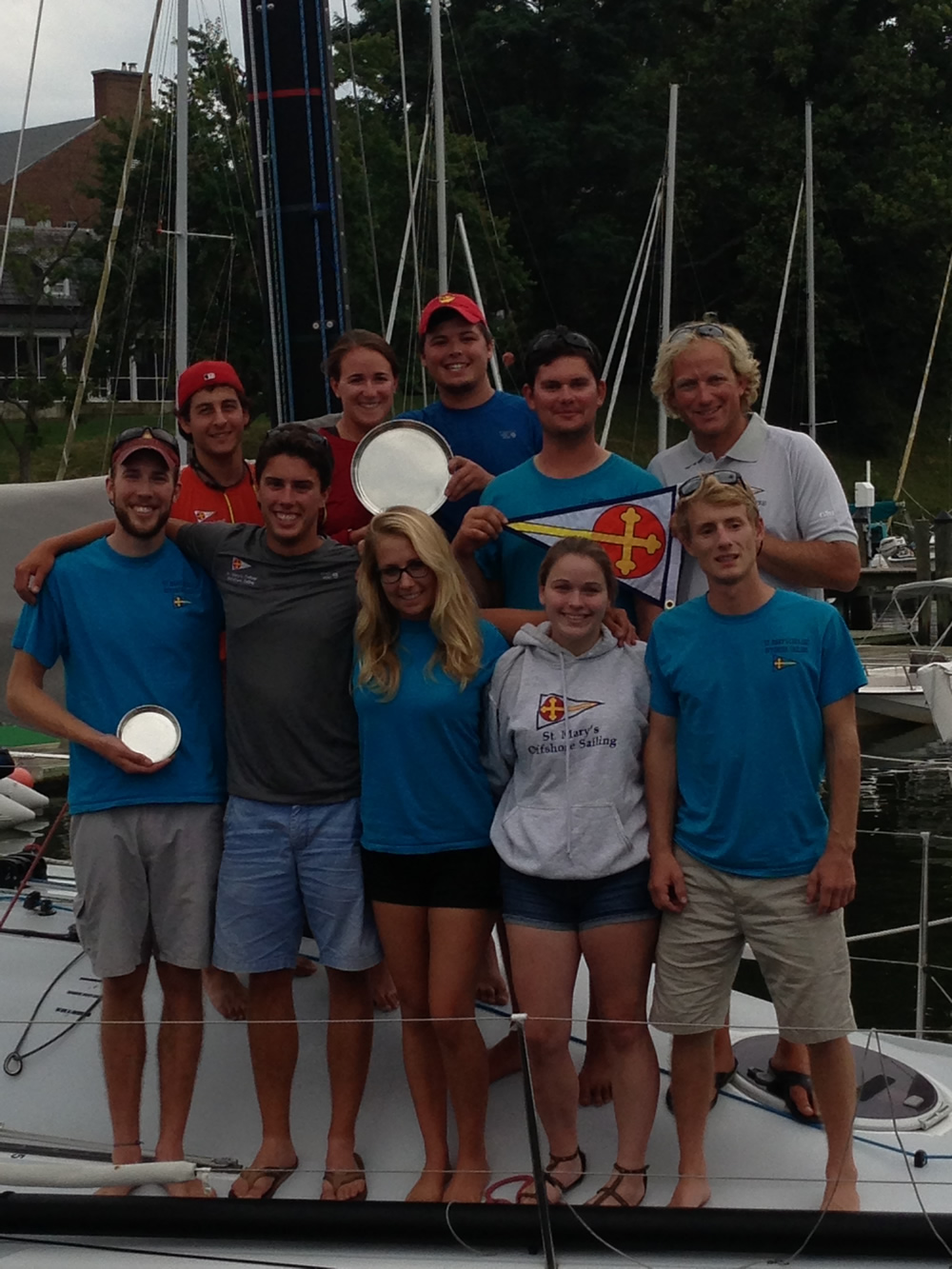 After months on the west coast, a white-knuckle Transpac ride on the “Lending Club” trimaran and before heading back home to France I decided to make a quick stop in my home town of Annapolis for a couple of days to see the family and do a bit of yard work.

Two days before I arrived I realized it coincided with the 40th edition of the Governor’s Cup. This is the longest running nighttime race from Annapolis down the Chesapeake Bay to St Mary’s College MD.

St Mary’s College is where I discovered sailing at the age of 18. In the first week, I walked down to the waterfront facility and signed up for the big boat sailing program because it looked like fun and I’d never been on a sailboat before. I never looked back and thanks to the waterfront and the boat donation program I made my career out of doing something I love.

When he found out when I was flying in this week, my friend Dave Weir called the college and suggested I race with the student offshore team on a recently donated Farr 40 called Yellow Jacket.

Coincidentally, the Yellow Jacket sailing program is one close to my heart; I raced up and down the East coast with those owners for over 15 years.

The boat had just been donated to the school (literally 48 hours earlier) so when I arrived the students and I got together to get to know the boat and prepare for the race. We didn’t have much time but we all worked hard and got in decent practice session before the race.

Since my house is in Annapolis the whole sailing team stayed over the night before the race and we even managed to organize a party with some of the old St Mary’s Alumni. This brought back memories of what the older students used to do for us years ago….. A few fuzzy heads on Friday morning, but it wasn’t going to stop us from having a great race.

The team already had their positions set on the boat so my role was to join in and help out when and where I could. I sat and talked shit on the rail, had my turn at driving, did the navigation and managed to avoid going onto the bow!

I was really impressed with the teamwork and we made the tactical decision to keep to the west of the bay as the rest of the fleet went way out to the east, which paid huge dividends over the whole race. This tactic was definitely contrary to the local knowledge mantras, (like everywhere, on the Chesapeake there are plenty of nonsensical rules like “if the wind blows from the west, and the birds are all on a certain sandbank then you have to sail to the east and tack at the old barn” ) These rules are just made to be broken…. When we arrived there were a couple comments like “when we saw you on the western shore we knew you were done”

There were times when we were at 3 knots but thanks to friends in Annapolis lending us a couple of critical reaching sails we managed to keep up a decent speed through the night and picked our way through the fleet of over 120 boats.

I was totally buzzed when we arrived in St Mary’s at 4.55am to learn we’d beaten the 80ft Donnybrook by 20 minutes on corrected time and won our class.

We celebrated with a rum and coke breakfast before a well-deserved power nap. Not even the hot sun and the boat stink kept us awake. After the usual debacle of finding a ride back to Annapolis, I managed a nights sleep in my own bed. Now to get downstairs and clean up from the Thursday night’s little festivities.

Thanks to St Mary’s College and their sponsors for putting on such a great event. Thanks to the crew for pulling off a great race, thanks to the Yellow Jacket owners for donating a superb boat to the college and thanks Adam for the clean shirt I got to wear for the prize-giving.

These donation programs really are key to getting kids into big boat sailing, just look at me. If anyone is interested in donation, the financial advantages are great, and the help it gives school sailing programs is almost immeasurable. You can happily contact me (RMB on the forums) or at www.breymaiersailing.com and I will point you in the right direction.

Now for a 48 hour recovery including a flight to Europe where I’m heading straight to Cowes for a camping trip with the wife and the Fastnet, then back to San Fran on the 19th to get Lending Club ready for some corporate sailing and Cup watching….

Put Up Or Shut Up

catch me if you can