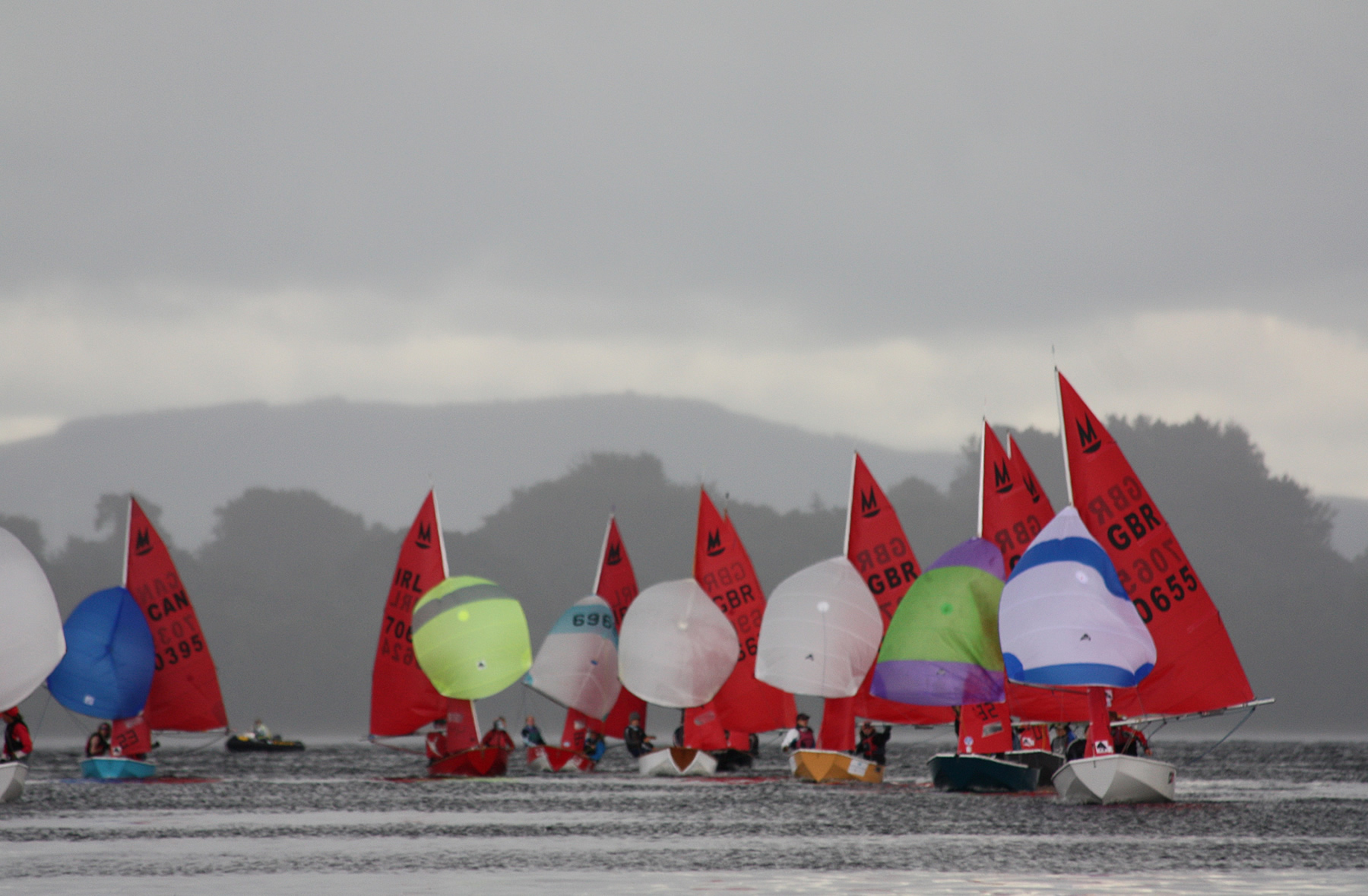 We love OD, even if the kites here look like the were made for a boat half the size!

182 sailors in 91 boats began competing today on Lough Derg, Dromineer, Co. Tipperary for the title of 2013 Mirror World Champion. Sailors have travelled to Lough Derg Yacht Club from the UK, Australia, the Philippines, South Africa, Canada, Sweden as well as parts of Ireland to compete in this highly respected two-man dinghy regatta. This is the first time a world sailing championship has been held on the inland waters of Ireland. The biennial regatta was last held in Australia in 2011 and will be hosted by South Africa in 2015. More here.