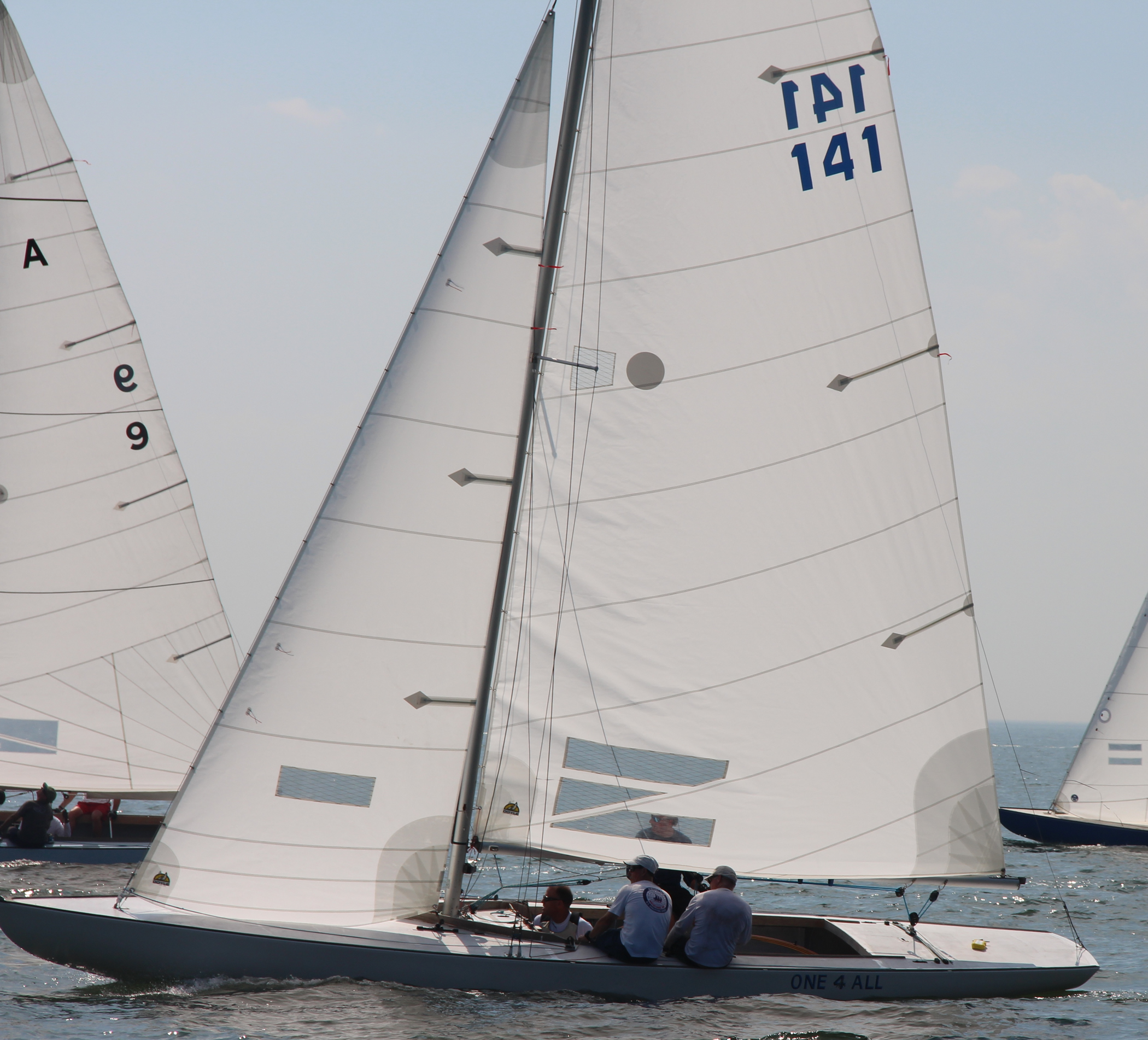 The winds blew, the sun baked, the skies darkened and the 2013 Atlantic Nationals are now one for the record books. With 31 Atlantics hailing from South Carolina to Maine competing for the National title, racing occurred off the shores of the Madison Beach Club on July 18,19 and 20.

Since 1981, Bill has crewed on various Atlantics in Blue Hill Bay, Maine . He bought his Atlantic shortly after the 2008 Nationals. Over the next 3 to 4 years he picked away at re-rigging and updating all the gear during his vacation time in Maine but continued to crew for others, including his current middle man in this year’s event, Peter Smith of Morris Yachts. Due to commitments and priorities racing in the Etchells Class internationally, his boat languished until finally being ready in 2012 for the KYC Atlantic Nationals where he finished 5th.

Barton’s crew in Madison were Peter Smith, Peter Duncan, and Tom Blackwell. The latter two have sailed with in the Etchells Class for the past 14 years at the Florida Midwinters (12 times), North Americans and Worlds (6 times) until finally getting “bumped out” this year and replaced as their middle man by sailmaker Jud Smith. No harm, no foul. All are great friends and roots at the American YC in Rye, NY where Bill grew up down the street and finally left in 1972 for San Francisco and steady wind.

the future is now