Clean ReportSailor Chick Of The Week 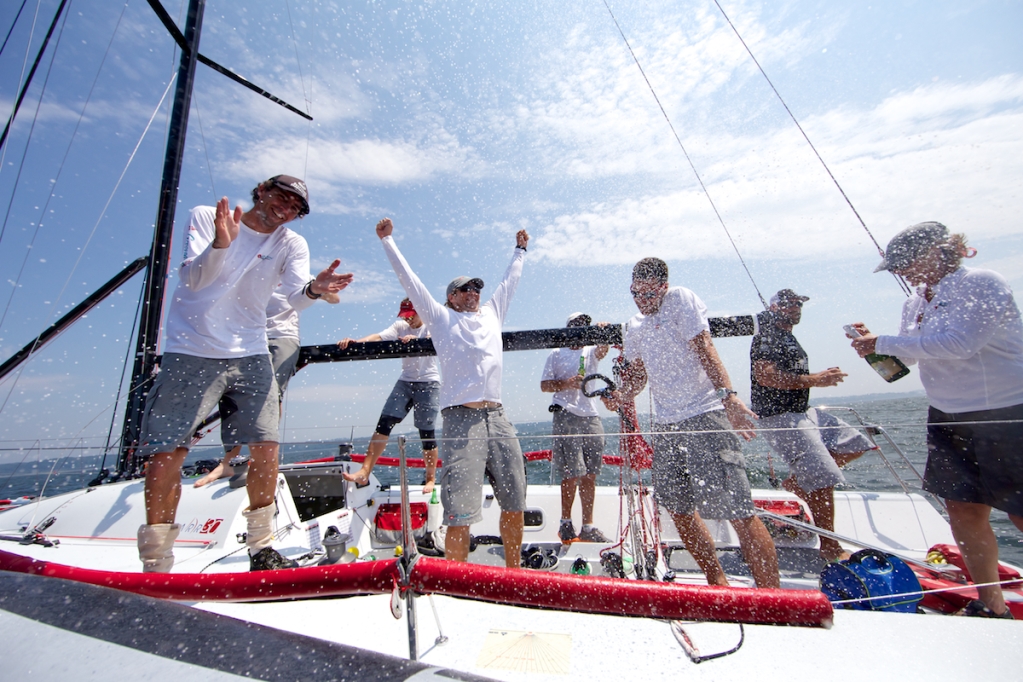 We’ve only ever had one Sailor Chick of the Year, and we awarded that to Groovederci skipper Deneen Demourkas a few years ago when she became the only female skipper to ever win a keelboat one-design world championship.  Then she won another one against a pile of stacked teams in Sweden.  And now she’s become the only person to ever win three Farr 30 World Championships – and she did it by just one point in one of the most exciting ends to a regatta we’ve seen in years, beating Jim Richardson’s Barking Mad in the 11-race, no-throwout series.  Congrats to a wonderful cheerleader for the sport and her excellent team; Darren “Twirler” Jones (who becomes the first 5-time Farr 30 World Champ), Cam Appleton, Flip Werheim, Andy Hudson, Kate McKay, and Zach Maxam.  Nice work, boys and girls, and thanks to Meredith Block for the great shot.