things that go bump in the night

The recent Marblehead-Halifax race was an unlucky one for two teams; the big canter Donnybrook, owned by the unlucky Jim Muldoon, ran full speed into a whale on their last night at sea.  Given the boat’s history, the crew wisely jumped on deck and prepared the liferafts, but the boat was able to limp into Halifax and take second over the line.  Canadian biologists are seeking info about the whale; apparently the blubber stuck to the keel wasn’t enough to identify it. 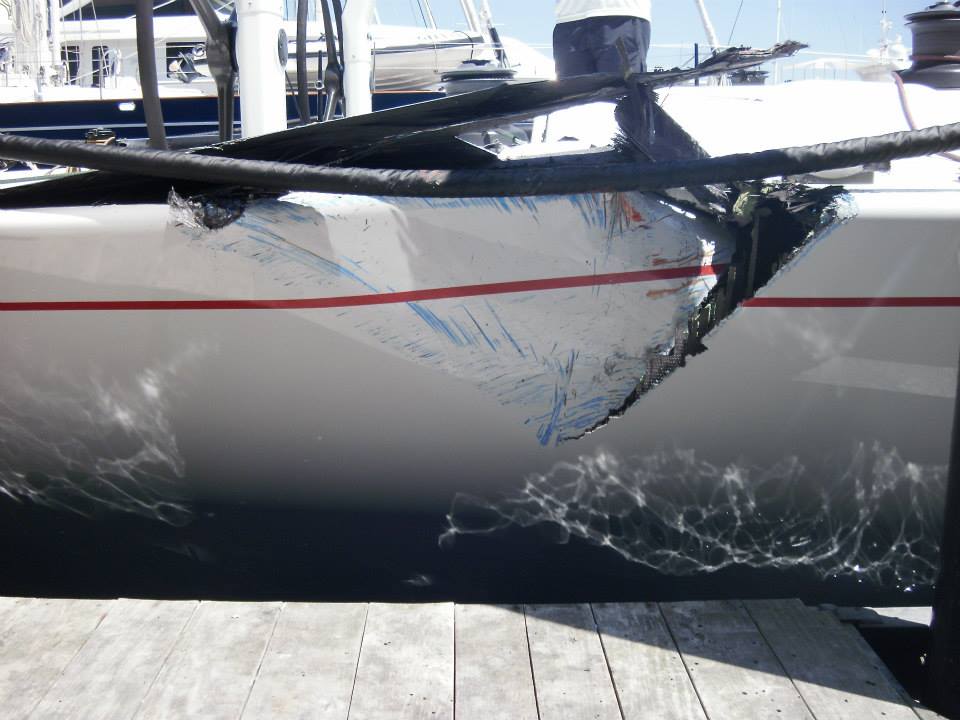 On the other end of the racing spectrum is the world-traveling Cookson 50 canter Privateer, who’s won just about every ocean race she’s entered at one point or another.  Those days are over thanks to a wrecked rig and a hull split open like a bratwurst on an open fire, and a fishing boat off Cape Cod was apparently the instrument of their destruction.

Details are sketchy, likely because of insurance/fault issues, but we’re extremely bummed for the all-around champ and her owner and crew.  A bit more info and photos are in the thread.

the days of our lives