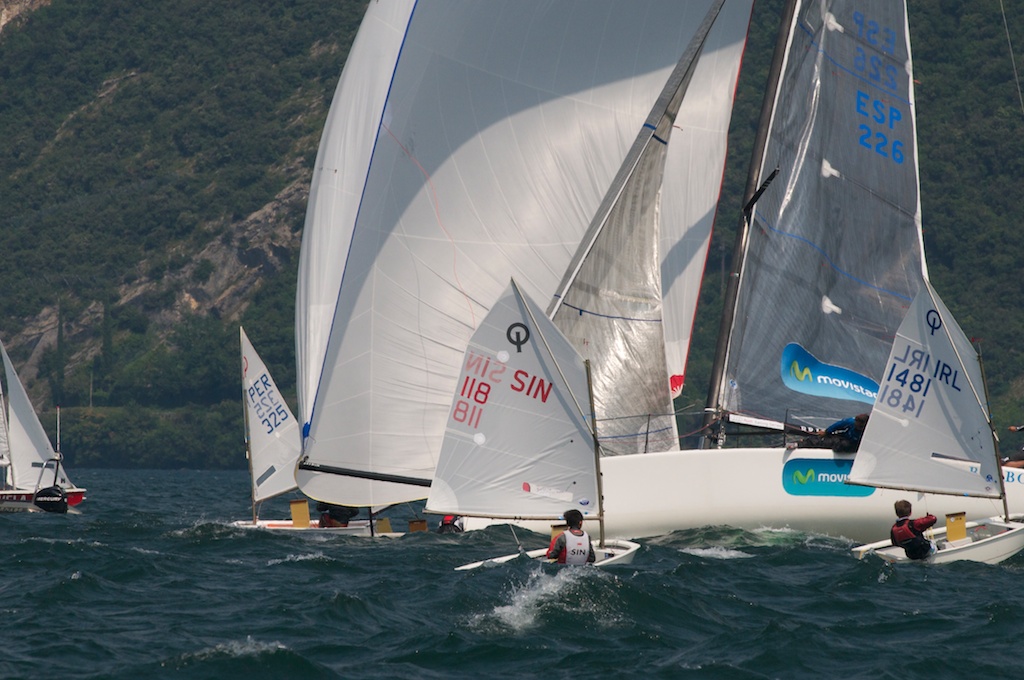 Is there anyone with a brain still defending the boneheaded moves by the Melges 32 Torbole fleet as they slashed and burned their way through the Optimist Pre-Worlds on Lake Garda this past weekend?

Yes, we know it was the last event in the prestigious Audi series.  We realize the cliffs over there have a sweet acceleration and 5 knots more breeze, and that was the fastest way to the mark.  We know no one got hurt or protested.  We can see they might have made it through without incident but for a puff or two.  We understand that Lake Garda can get crowded.  We realize your PRO could have re-set, abandoned, or finished when he saw the M32 fleet going through the Optis upwind.   We even understand the power struggle, dick-swinging machismo, and terrible communication level between the Circolo Vela Torbole (M32 Host) and the Fraglia Vela Riva (Opti hosts).

And you know what? None of that fucking matters.

Video, photo, and eyewitness reports all prove that the Melgi forced Optis to alter course all over the place.  At least one Opti had his burgee snapped off by your kites.  A couple more knots of breeze or a tiny bit more bad luck and it could have been a very, very bad day for sailing in Italy and the world.  Yet there were no exoneration turns, no apologies, not even an acknowledgment of what happened anywhere.

We’re told that some of the IODA folks have forwarded the matter up the food chain, and our understanding is that, while ISAF could institute Rule 69 proceedings, the FIV would be the most likely group to discipline the M32.

Raise your hand if you think that Italy is going to discipline some of Italy’s top M32 racers.

Photo from French coach “Seb” scavenged from the thread; already hundreds of posts and plenty of discussion on this hot topic here.