will they get it? 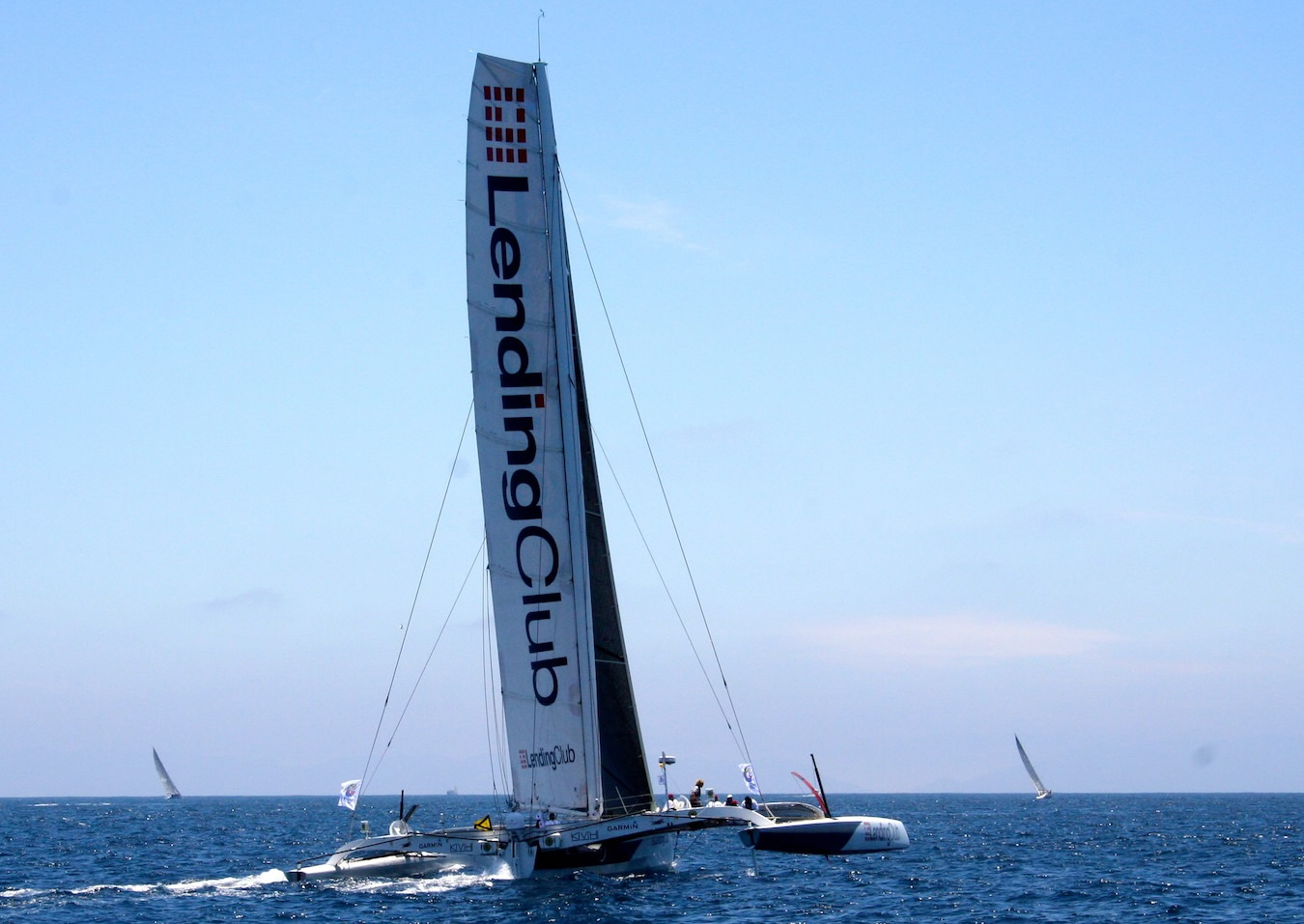 Note: We’ll have exclusive daily reports from Ryan Breymaier as they attempt to get it…

The 73′ Tritium takes off on a world-record breaking attempt to travel more than 2,225 nautical miles in less than 4 1/2 days during the Transpac.  Owner John Sangmeister skippers the ORMA 73, named Lending Club for this race, joined by a crew of nine including Ryan Breymaier, captain, Gino Morrelli, watch captain, Will Oxley, navigator, and Howie Hamlin.