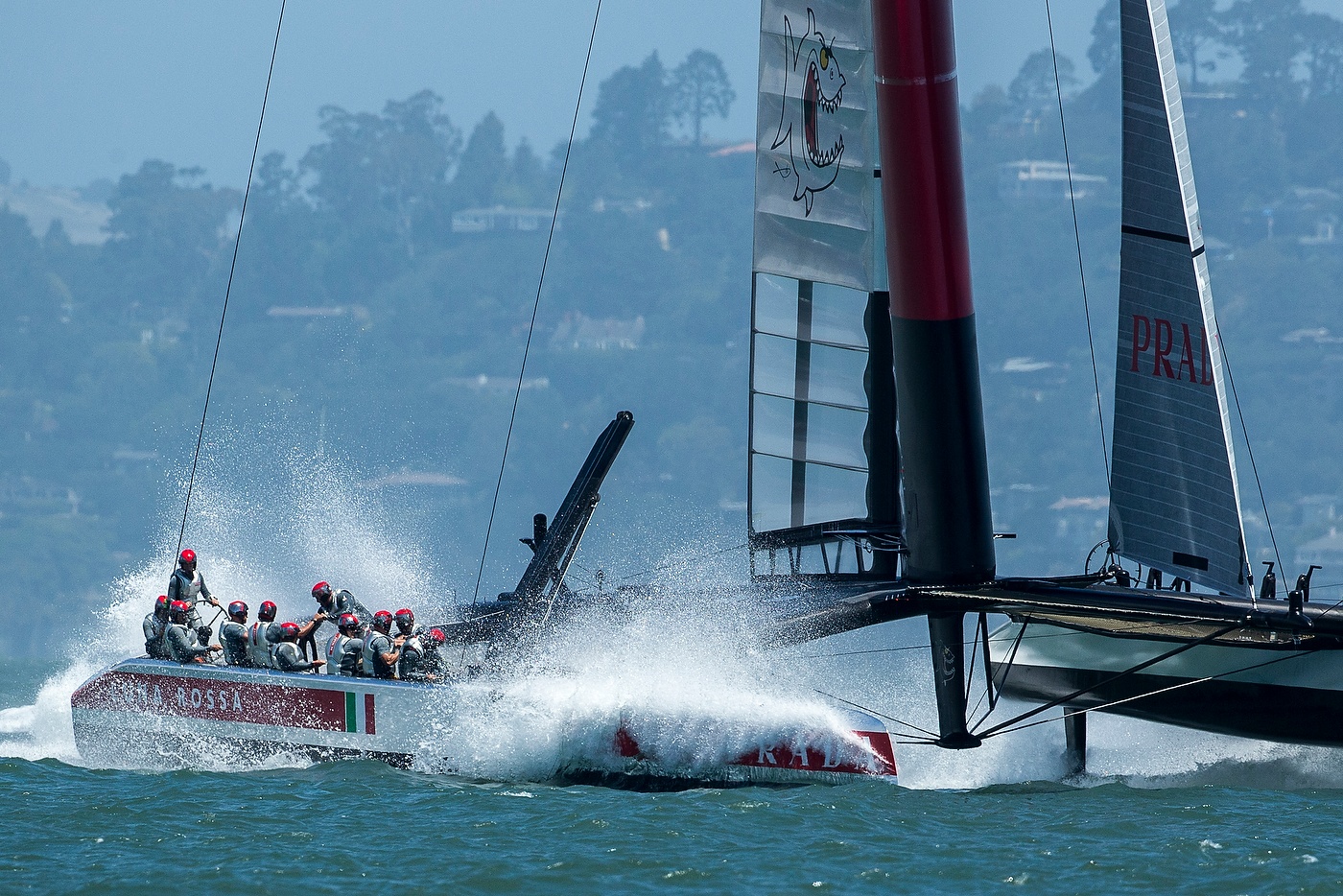 Yes, we know it is just the first race in a long series, but at this rate the LVC is going to be excruciatingly long. Seemingly laying down from the start, Luna Rossa was beat like the red haired step child they are to the Kiwis, finishing over 5 minutes behind – therefore making it not a match at all.

Luna Rosa went out without a fight, making us wonder what all the fuss was about.  Certainly if you listened to the two cheerleaders announcing the race it was nothing but “fantastic stuff”, as they peed all over themselves about the fact that two – two! – AC 72’s managed to make it around the course without an incident. But the only thing fantastic thing was the nearly effortless beating administered by ETNZ.

Head cheerleader Tucker Thompson signed off by saying “What a race it was” and we have to wonder what in the hell he was watching.  After getting over the size and speed of the 72’s, the race itself was one of the least interesting imaginable. And we’re not sure why Tucker T Cheerleader was  breathlessly asking the viewers to “join us on Sunday” given that the organizers cancelled the broadcast on Friday. Maybe he was distracted by all that pee?

Let’s hope this isn’t a sign of things to come. If it is, one will have to congratulate the AC for creating an event that magically turns these speed machines turn into a bore fest. Surely, there is more… Comment here.