son of a gun 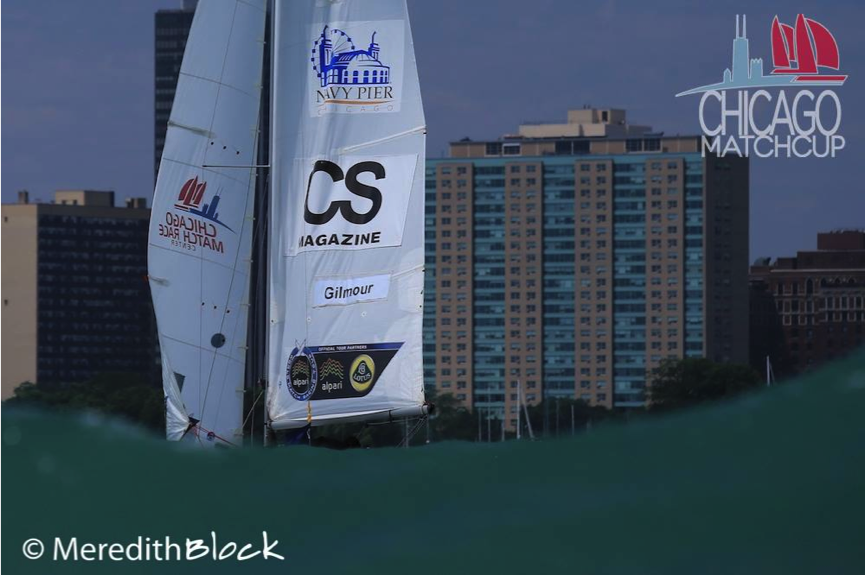 How can anyone not admire the fuck out of Peter Gilmour?  When the Western Aussie ‘yoda’ of match racing retired last year, he had five Cup campaigns to his credit, an AC win with Alinghi, back-to-back World Match Race titles and dozens of event victories, and had helped spread sailing and match racing to entirely new parts of the globe.  Even more impressive than his resumé is the job he did as a father: We got a chance to meet 19 year-old Sam Gilmour at last month’s Grade 2 at the CMRC, and the kid is smart, well-spoken, respectful, and mature beyond his years.  He’s also a fierce competitor, and may be the only person in the world (along with younger brothers David and Lachy) who can claim membership to the Match Racing Lucky Sperm Club; proud dad Peter spends much of his time drilling and coaching Sam and his team, and unsurprisingly, it works.   Here’s Sam’s report from the event along with pics he pulled from the big event gallery, and you can check out a video the groms put together here.

With a current ISAF ranking of 75 things are beginning to come together for our Neptune Racing Team – that’s me, Sam Gilmour (19), along with crew members Adam Negri (19) and Christopher Smith (20). We’ve just completed in our first Grade 2 event, at the CMRC in Chicago, and have taken a huge amount from it.

The Chicago Match Cup Qualifier was the first stop of our summer tour of America. The team was a little unsure of how they would stack up against the competition, with a number of high ranked teams making appearances at the event, and a chance of sailing in the Chicago Match Cup in August (an event on the Alpari World Match Racing Tour).

We are amazed at the level of organisation of sailing in US events, and it seemed that CMRC was just as keen as anywhere else to show this off, using their ‘portable’ yacht club that was taken out on the water to watch racing each day. The ‘windy city’ lived up to its name, and we experienced 3 awesome days of racing in 15-25 knots.

We managed to come out of the qualifying round robin placing third, giving the guys some confidence going forward in the breezy, wavy conditions. It also allowed us to skip through the repechage round which was sailed in an afternoon where the organisers decided it was too windy to use spinnakers- gaining some much needed rest for the final day. 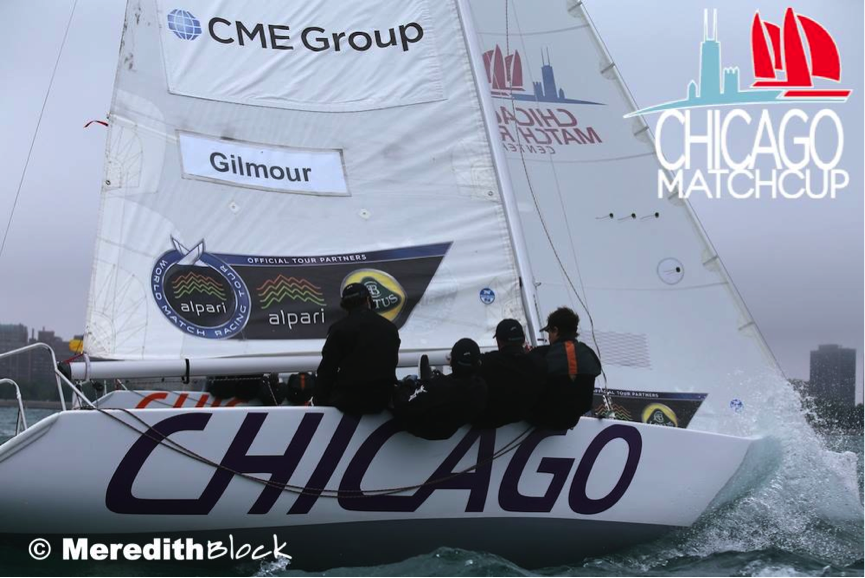 In similarly blowy conditions, the finals commenced on the third and final day of the regatta. We picked local team Val Smith in the quarterfinal, and were able to dispatch them 2-0 to progress into the semi-final. ISAF 6th ranked Will Tiller picked us to sail in the next round. After leading both races, Tiller managed to sail around us. We learnt some interesting points in these races, and definitely know what we need go away to work on. We then went down 2-1 in a close petite final to Nathan Hollerbach, to ultimately place 4th overall, a result that reached our ‘top 4’ goal for the event. Local sailor Don Wilson went on to win the event 3-1 over Will Tiller to cap off a great event.

We now have a few weeks off before heading to the Governor’s Cup in Newport Beach, California- one of the premier youth match racing events in the world, and then to Vancouver for the Kintec Summer Match Cup.

You can find us on Facebook at our page here.  We’d love for you to ‘like’ our page and follow our progress, and we enjoy getting questions about match racing and our campaigns from anyone interested in the sport or our campaign.  So don’t be a stranger!

You can find full results from the regatta here and thank you to Meredith Block for the photos.