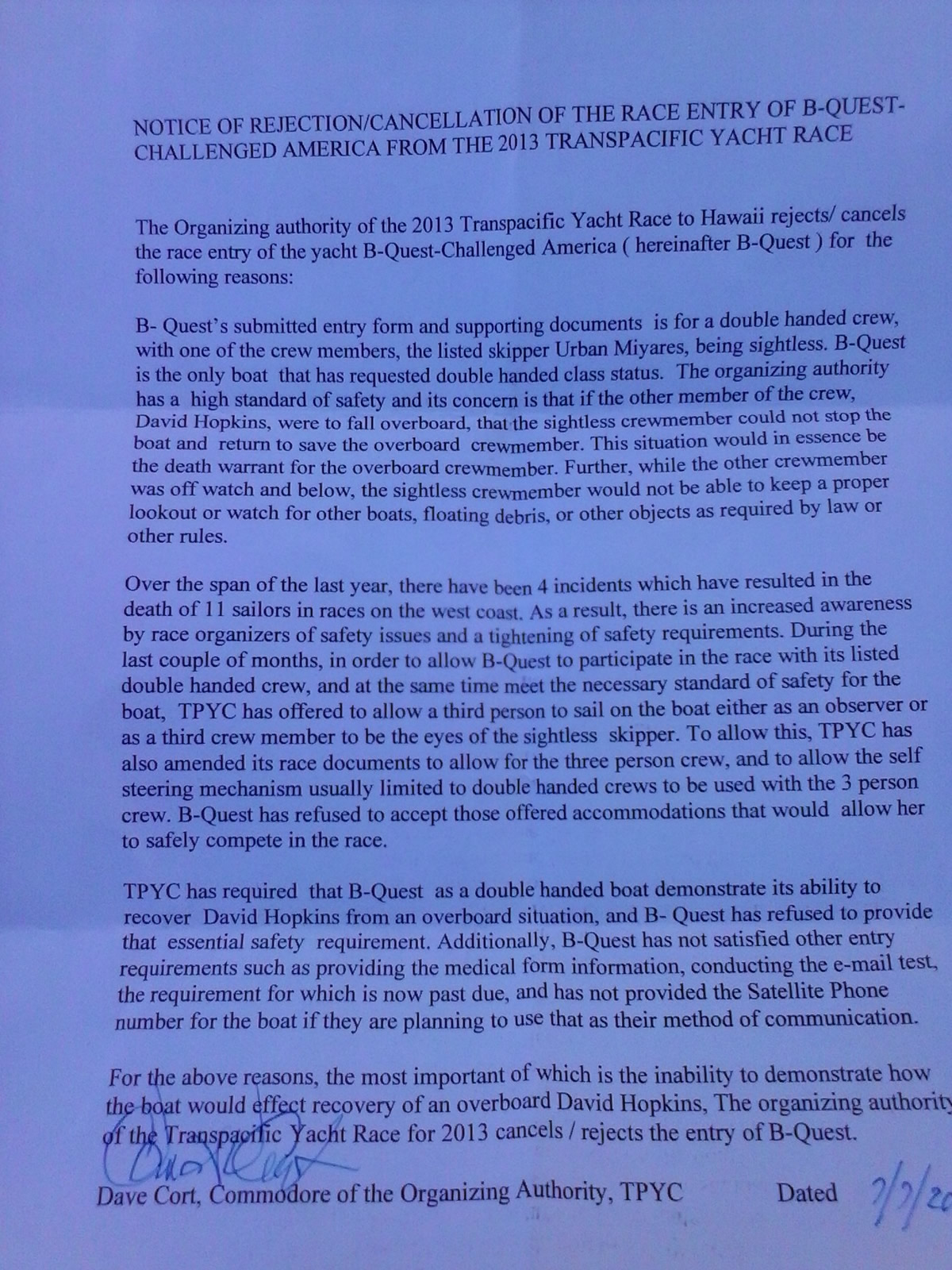 In what looks like an not only an abuse of the rules, a PR disaster, and perhaps outright discrimination, the Transpacific Yacht Club has, less than 24 hours before their start, cancelled/rejected the doublehanded entry of the Tripp 40 B-Quest challenged America for their Transpac race to Hawaii.

The reason? One of the sailors is blind. Claiming a litany of “issues”, some of which are, according to the sailors, completely false, The TPYC is alleging that the “sightless” sailor, Urban Miyares who is a very experienced sailor and has sailed a Transpac in 2003, could not rescue the other sailor on board, should said sailor fall overboard.

This seems to be yet another example of a misuse of power, judgement and an incredibly punitive decision.  What’s next – deny people’s eligibility because they are too fat? Too small?  Too black? Too gay? We’ve seen how the TPYC has handled issues in the past and we have been unimpressed. This, however is a new low. Stand by for more.

And of course you have something to say, yes?