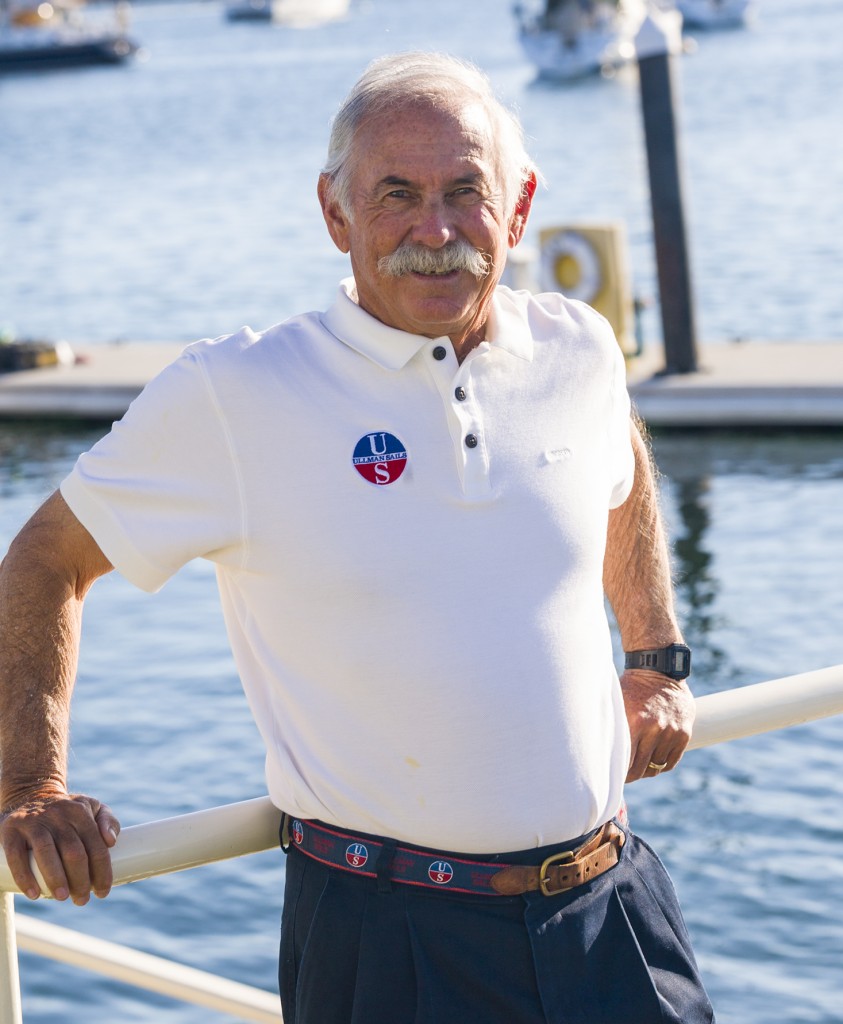 The name Dave Ullman and his sailmaking company Ullman Sails are about as synonymous with sailing as any out there. Dave, and his dad Chuck before him, have dominated the sailing scene for well over a half century, in all sizes of boats, and in most established classes. The number of world and national championships that Dave has won is too numerous to list, but let’s just say that there have been plenty.

Now Dave is taking Ullman Sails on a new course by joining forces with Jannie Reuvers Sails, one of the largest and most technologically advanced sail and membrane production lofts in the world. Reuvers and a group of investors are buying out Ullman but keeping Dave on as President for at least the next four years. We asked him to tell us more, and he did.

SA: The landscape has really changed since the last time we spoke. What do you think of the big drop in big boat racing we seem to be seeing across the spectrum in favor of smaller one-design boats?

DU: The biggest drop seems to be in mid-size PHRF and local handicap racing. The really big boat market like high-end grand prix racing 100’+ is stronger than ever. There are two main reasons for this. First of all economic conditions always play a part and these days the rich are getting richer and can afford these phenomenal super yachts. At the same time the upper-middle class that used to be the heart of big boat club racing across the U.S. is disappearing. It makes sense that boats that are less expensive to own, maintain and find crew for, are going to be more popular.

There is also the fun factor. Small one-designs like the Melges 20 and 24 and the J/70 are flat out fun to sail and you battle it out boat for boat on the race course instead of against a clock.

SA: You’re the last holdout for Dacron mains in classes like the Melges 24; do you still think Dacron is a great material for small boat mainsails, and will we see J/70 and Viper sails made out of the white stuff?

DU: Yes, for small one-design mainsails, I still maintain that Dacron is often the best material for that size of sail – for reasons of design shape, price and longevity. And Ullman Sails is not alone in its thinking – the J/70 class actually mandated Dacron mains and jibs thinking they would be cheaper to purchase and would also last longer. Unfortunately, it turns out to be true for the mainsails but not for the jibs, and we are hoping to see the class relax the requirement for Dacron jibs. We make Viper mains out of Dacron for the same reasons – because it’s the best for price and longevity. Having said that, we are always looking at other options as well; always looking for an edge. Currently we are retesting Melges 24 mains in Cuben Fiber. It’s not really new – we were using Cuben Fiber for these mains in 2007 and they were very fast then so we are looking at it again.

SA: Can you explain how your merger with Jannie Reuvers Sails will impact the product for your average customer?

DU: Three words come to mind – quality, expertise and technology. For 35 years Jan Reuvers has built over 80,000 sails for some of the top sailors and sailmakers in the world. The South Africa team’s standard of quality is outstanding and has been proven again and again where it counts; on the water. We’ve seen this in all the sails JRS has built so far. Additionally the team in South Africa is quite dynamic with experienced sailmakers on the floor and recognized sailors servicing customers from super yachts to OEM boat builders. The wealth of expertise coming from these lofts will benefit every aspect of our sailmaking, from optimizing our designs to improving the ongoing challenge of manufacturing consistency and furthering product development. Which brings me to technology. The Cape Town facility has proven to be one of the most technically capable facilities in the world, particularly with respect to their membrane plant. Our customers now have access to some of the top products on the market and it is an ideal platform to jump off into further development.

SA: Big sail producers often develop pretty slick technology for their systems; does Jannie Reuvers give you any new tech that can give Ullman Sails a competitive advantage? If you tell me, will you have to kill me?

DU: There are certainly some ideas in the works, but I won’t tell you so I won’t have to kill you. This is one of the reasons why our new alliance with Jan Reuvers is so exciting. We are able to put our collective experience and resources together and focus on advancing our technology and finding more ways to set us apart from our competitors.

SA: Ullman Sails has been involved with some truly special Transpac efforts over the years. What was your favorite Transpac boat of all time?

No question, it would have to be my father’s boat, the Calkins 50 “Legend” that won the 1957 Transpac. It was the first ultralight displacement yacht to go on the race and was subsequently banned from the next two Transpacs for being out of the “norm”. In the end, “Legend” was the catalyst that permanently changed yacht designs for downwind racing. I was only 11 at the time so I wasn’t on the boat, but I remember well the huge storm of controversy that went on following the race. I did do the 1963 Transpac on “Legend” with my dad. We were slapped with a 24-hour penalty just because it wasn’t a “traditional” design, but still came first in Class B and only missed overall by a few hours. The boat was a rocketship downwind, and I’ve been partial to sleds ever since.

SA: You have a good idea who all is racing to Hawaii this year: Which team will you be cheering for the most?

Personally I am rooting for the Andrews 70 “Alchemy” and the SC50 “Horizon”. These are both very good boats, both well sailed. They should at least win their respective classes, although I think overall honors will probably go to either a TP52 or J/125.