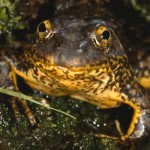 We are pretty sure that the hell that is Fresno will eventually kill itself, but for now, how interesting to read that it might not be The Ed’s bitching that does it for now, but rather the Yellow Legged Frog may kill the High Sierra Regatta. Not that we would ever cheer for this to happen anytime around, say July 5, but we’ll be watching. And as we understand it, there is little truth to the rumors that unlike the population of Fresno, meth is killing the Yellow Legged Frog population. Ribbit.

The U.S. Fish and Wildlife Service is looking to close 2-million acres of forest to protect a toad and frog habitat. The service held a meeting in Prather Wednesday to discuss closing parts of nine forests. The move would affect 14 counties, including Fresno and Tulare counties. The government says it’s trying to protect the mountain yellow legged frog and the Yosemite toad. The population pf the two species have dwindled in recent years. Story here.

get on the bus, gus