A very interesting read. Of course, leave it to us to feature a picture of the hottie… 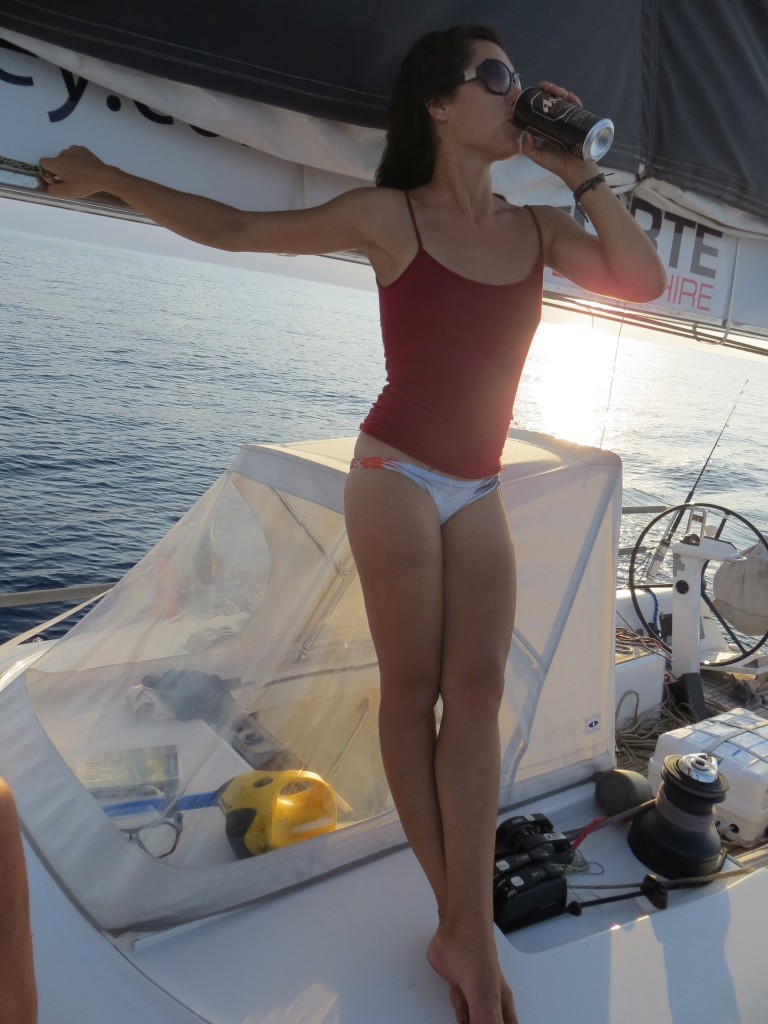 It was by far the highest levels of sustained stress I ve experienced in all my years @ sea on this first leg from Osaka, Japan to Guam via ‘typhoon alley’…

Sometimes, ignorance, can be bliss but it can also get you killed. While opening a GFS GRIB weather file with a prediction of a developing typhoon on your nose gives you ample time to ponder the predictment and your life as a whole!

You could say breaking my families ‘Golden Rule’ rule to never sail in hurricane/typhoon season was a lack of my better judgement on my part.

However, I m sailing on no ordinary boat nor with no ordinary co-skippers. Our ride is none other than the carbon fibre Reichel Pugh 49 ‘Optimus Prime’. She recently raced the Melbourne Osaka. She is definitely one if not the not top rated racing yachts in WA.

Meanwhile, the co-pilots are none other than ‘World Distance Record-holder’ Jon Sanders and solo sailor Linda Pasquarielo. Their names are synomoumous with success offshore.

But does does ten circumnavigations between us and a technological marvel of a yacht trump Mother Nature’s most powerful creation? Answer: NO. The race of our lives was on figiratavely and literally speaking. Win to live and sail again or lose = likely death in the Philiphine Sea. Read on.