The sole American competitor in the low-on-the-radar singlehanded OSTAR, Jonathan Green, has been posting great updates in Ocean Racing Anarchy (sponsored by Adrena) his entire way across the Atlantic.  With just a few days left, Jonathan leads the “Jester” Class in his little Beneteau (Andrea Mura’s Open 50 should arrive today) and you can track him right here.  Here’s Jonathan’s latest report, and the log of his past reports is of course in the ORA thread: 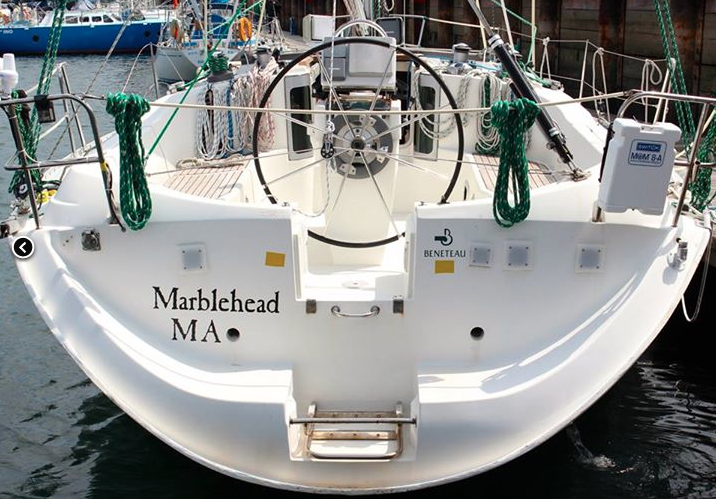 Well I made it to the north side of this next system and am fastening my proverbial seatbelt in anticipation of a 36 hour downwind sleigh ride. The stronger wind will be to my north so I’m trying to get a little further up there, basically where Pathways to Children and Spirit already are. Those guys have out-positioned me at ever step of this race. I really should have gone way further north right from the start.

But there was a huge payoff last night for not being so far north. They got caught in a lull just south of Newfoundland while I rode a brilliant breeze halfway across the Bank, reeling in PtoC to the tune of 30 miles between midnight and 0800 UTC. I even had a knot of favorable current pushing me along. This was a huge gain for me and I’ve got to fight hard over the next 36 hours to keep up with those guys. Easier said than done as theirs are planning hulls.

When I had dinner with Richard Lett of Pathways to Children prior to the start, he described an almost serene state on his boat when it rockets along on a plane at 14+ knots. So in control is the boat that he simply engages his fancy NKE autopilot and gets some sleep. Contrast that to Jeroboam where downwind is the least stable point of sail for the autopilot and often requires hand steering to keep it on its feet. Anyway, I’ll do my best to keep up with them. I do need to get a little further north though to have a shot as that’s where the 25-30 knot wind barbs are which can get Jeroboam going at 8+ knots.  I’m really looking forward to some more downwind action. All the upwind beating on this course gets to you after a while.

Since I got onto the Grand Banks, I’ve seen a lot more boat traffic, birds and other wildlife. Also a lot more fog. Last night was a  little scary as I heard tons of chatter on the VHF and the RTE was registering many pings from other boats’ radar, both X and S band so there were some big boats around too, but only one boat showed up on my AIS and none visually as the fog was so thick. My buddy Chris, who lived in Newfoundland for a while, warned me that lots of the fishing boats out here don’t carry AIS.