Huge props to Bermuda 1-2 organizers and Dan Alonso aboard Halcyon for getting Jan Steyn safely off his new Columbia 32 Carbon Solid Air, which may have lost its keel in rough water during the solo leg of the East Coast’s biggest shorthanded race.  It’s the second major incident with the new Columbia; the first (rudder) leading to horribly tragic consequences earlier this year.  Pic of Solid Air before delivery from Columbia’s FB page, and report from the B1-2 HQ below: 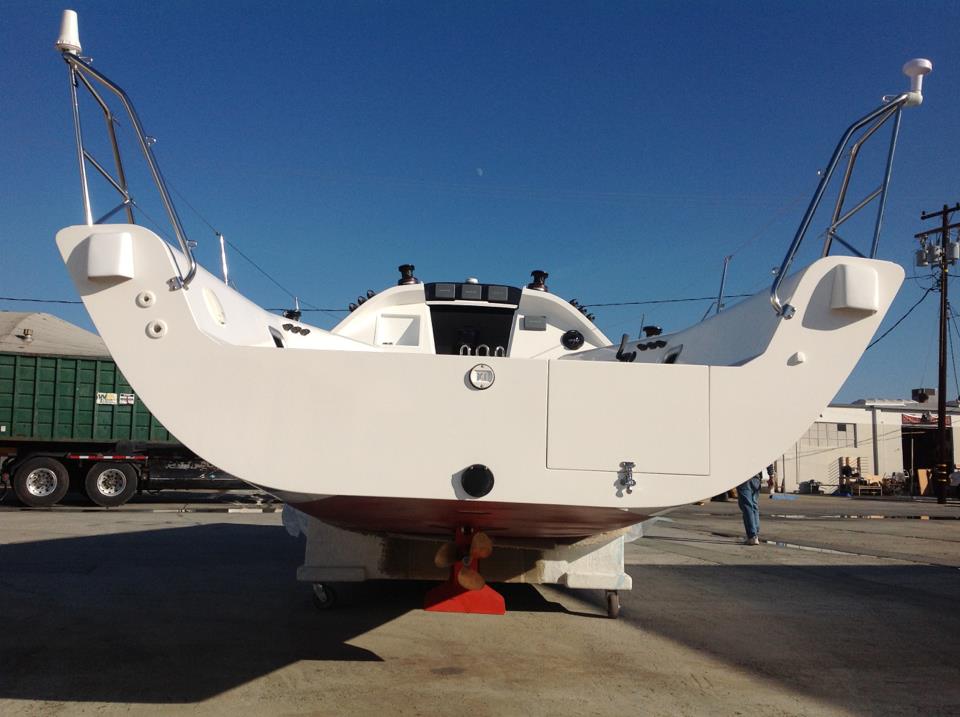 For the past four hours we have been dealing with a problem on Solid Air, Jan Steyn.  Jan called me to say he thought that his keel was about to fall off.  He had no steerage even with the motor and the wind was taking him NE at 2 kts.  He put out a VHF hail at that time and Wildeyes was the only one to answer.  Wildeyes was having problems changing directions to get to Solid Air.  In the mean time three other boats came much closer than Wildeyes (Bent, Kontradiction and Halcyon) and all three heard Jan’s hail. It was determined that Halcyon would be the boat that would come to Jan’s rescue and picked him up about 2115 EDT.  Jan called back saying that Dan on Halcyon did a masterful job of sailing the boat for the transfer.  Jan is fine but wet but now very comfortable since Halcyon is a Hallberg-Rassy 49!  Unfortunately Jan has abandoned his boat but Jan is safe which is very important.  The tracker is still on Solid Air and Harbor Radio will be following its position.