From the police blotter…. 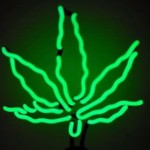 A sailboat carrying 80 to 90 bales of marijuana ran aground in Newport Beach Monday after the U.S. Coast Guard attempted to stop and board it, authorities said. During a routine patrol, a Coast Guard crew saw a sailboat entering Newport Harbor near Balboa Island and decided to board it for an equipment check, authorities said.

As Coast Guard officials approached at 1 a.m., the sailboat veered right and came ashore at Ruby Avenue and South Bayfront.

Two people, described only as white males, jumped from the boat and ran away. Read on.

Here’s your trophy…now we want it back