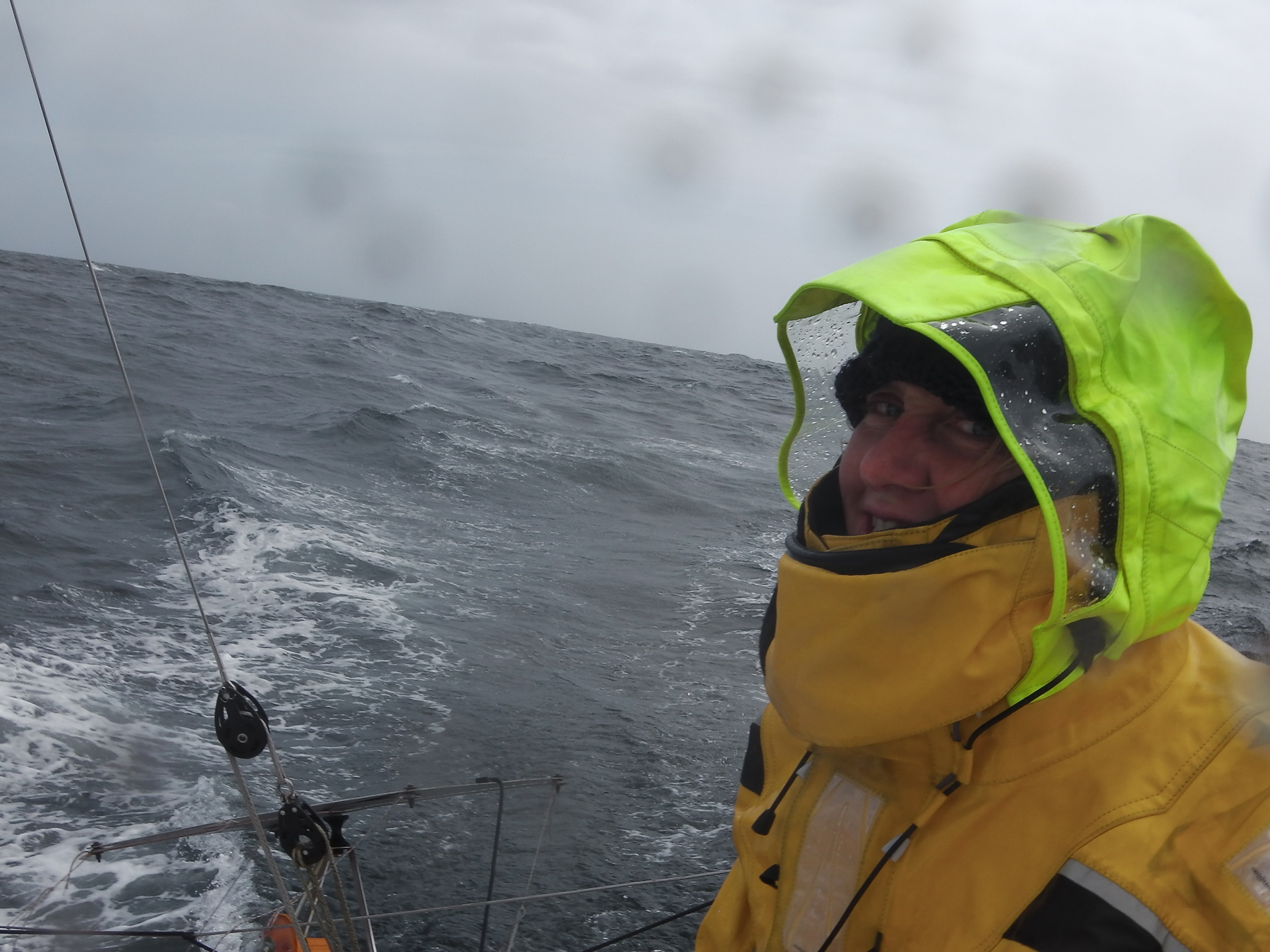 First came Line Honours in the Fuel Cell Systems Solent 650 race. The 290nm race turned into a 3 day epic with light airs for the trip down the English Channel from Lymington to Plymouth.

The combination of headlands, tides and shipping makes for an intense event requiring high levels of concentration all the way to the finish. Racing single handed, Pip beat single and double handed entries in both series and protos. Nice work, but there was more to come.

The following weekend was the UK Mini Fastnet, run by the Royal Western Yacht Club. Widely recognized as one of the tougher events on the Mini Circuit, the race had attracted a strong field of entries including a good French contingent. Pip, and co-skipper Phil Stubbs, set off on Sunday 12 May with a forecast of up to 28 knots of breeze on the course. PRO Keith Willis, himself a Mini veteran, had made the very welcome call to reverse the course, avoiding a 270 nm beat to the Fastnet rock for the fleet. However, it was still to be a race of attrition, 10 of the 17 entries eventually retiring for various reasons.

After a punishing 3 days of fetching and reaching in gusts up to 32 knots, Pip rounded the Fastnet for the trip home in 2nd place overall with ‘Danse avec les Loups’, a proto, 3 hours ahead and a series Tip-Top, ‘Freewind.hu’, chasing hard. In her favourite conditions, heavy airs downwind, Pip got the hammer down. Switching from her small A5 to a larger reefable ‘combi’ kite as the wind blew between 18 – 28 Knots the 160 nm run to the Scilly Isles was dispatched in 20 hours. Turning the corner in 1st place for the last leg to Plymouth, but in lightening conditions favouring the proto, Pip held on. She pulled off the winning move heading into shore late on the last night, picking up the forecast NE flow ahead of ‘Danse avec les Loups’.

Arriving at the finish line on Friday morning, Pip was completely unaware of her success until offered congratulations on taking Line Honours by Keith, the first time in the event for a non-French team. Reports from the scene suggest that she was quite rightly chuffed as fuck (or in American, totally stoked) with the result, which was only tempered by the cold and exhaustion.

In a race that saw most boats have some form of gear trouble, Pip arrived having only had a jib sheet chafe through. The boat was turned around and ready for the trip home the next day – a testament to Pips knowledge of her boat and seawomanship.
Sponsor shout – Pip has been running a Fuel Cell Systems EFOY unit. This needs mentioning, not only because of the good work they are doing for Pip & the UK Mini scene, but because of the sheer brilliance of it. Anyone that has sailed a mini knows what a brutal little boat they are. They are wet, light, powerful boats that are built to race across oceans. As a test bed you can’t get much more hardcore. The fuel cell has sat silently in the back of the boat for an Atlantic crossing, and many more miles racing, automatically producing power as and when needed without missing a beat. This has got to be the way forward for racing and cruising power needs. Check out the site here, and if you think it may be of use, get in touch mentioning Pips name, and do her, and yourself a favour.

Check out Pips site here, there should be some video of the Irish Sea run up soon. Tracker for the Solent 650 here, and the Mini Fastnet here.