It turns out that our friends on the young MAKS women’s match racing team aren’t the only match chicks with Anarchy in their blood.  Here’s a note from Chicago Match Race Center’s Stephanie Roble, whose Epic Racing Team was invited to race in the same WIMRA as our Aussie gal pals.  Follow the girls this weekend on the WIMRA page. 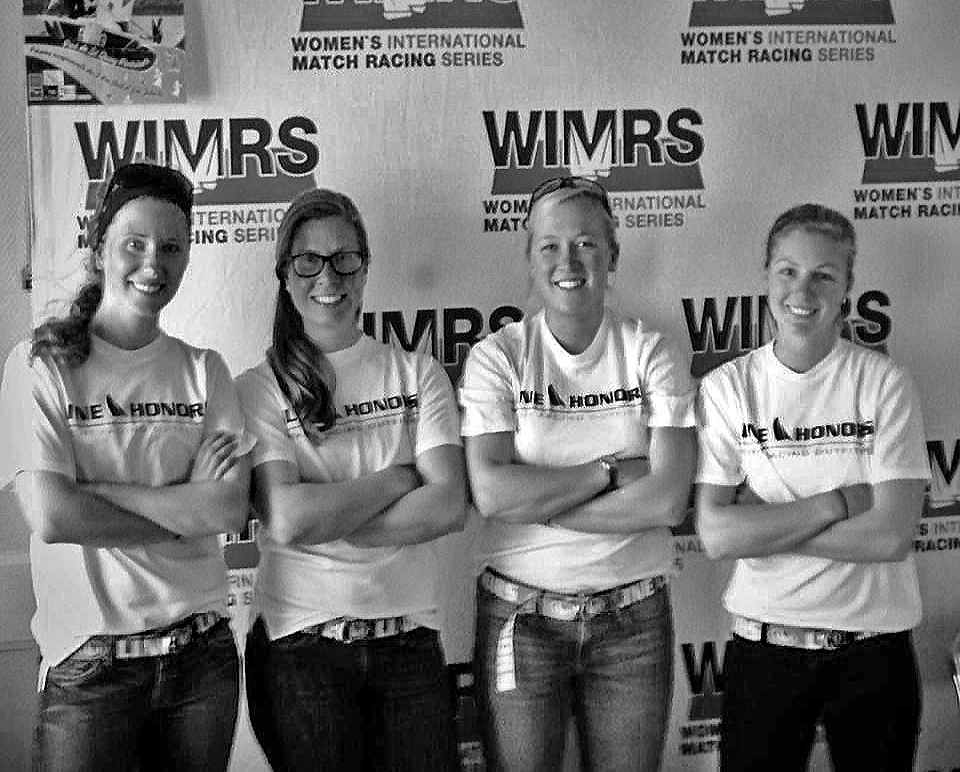 We missed the practice day on Wednesday due to a missed flight connection in Paris. Going into this morning, we were very anxious to get on the water. Day one got off to a slow start with light winds and strong adverse current. Once we were on the water we were quickly put to the test in our first match against number 3 world-ranked Lucy Macgregor!  We were not fully warmed up and made the mistake of being early to the pin and OCS in the light wind, which cost us the race. We adjusted after the race and went on to win our next four against Bossard, Sylvan, Kjellberg and Bezel.

In our 6th race we matched up against Klaartje Zuidderban from NED. We made a silly mistake in our dial up and received a penalty. However we soon got out and were able to gain control and give her a penalty to cancel ours out. We controlled her above the line for the whole pre-start and were leading until the second windward mark where our dial-down was just a little early and we rounded bow to bow. Right afterwards we had a terrible set and lost the race.

We didn’t let this race frustrate us and laughed about how we got “all the bad moves” out of us in that one race. We kept the momentum and went on to win our seventh race of the day against Dreau from France.

We are feeling solid but know we still have a lot of little things to clean up around the course. Our goal is to improve every race and take things one race at a time. Tomorrow is forecasted for 10-12 knots and we are excited to see what it is like to sail an Elliott 6M with 4 girls and no hiking straps!  As the only American team we’re very happy to represent the U.S. in such a great location and in a premier series!

it’s lonely out there