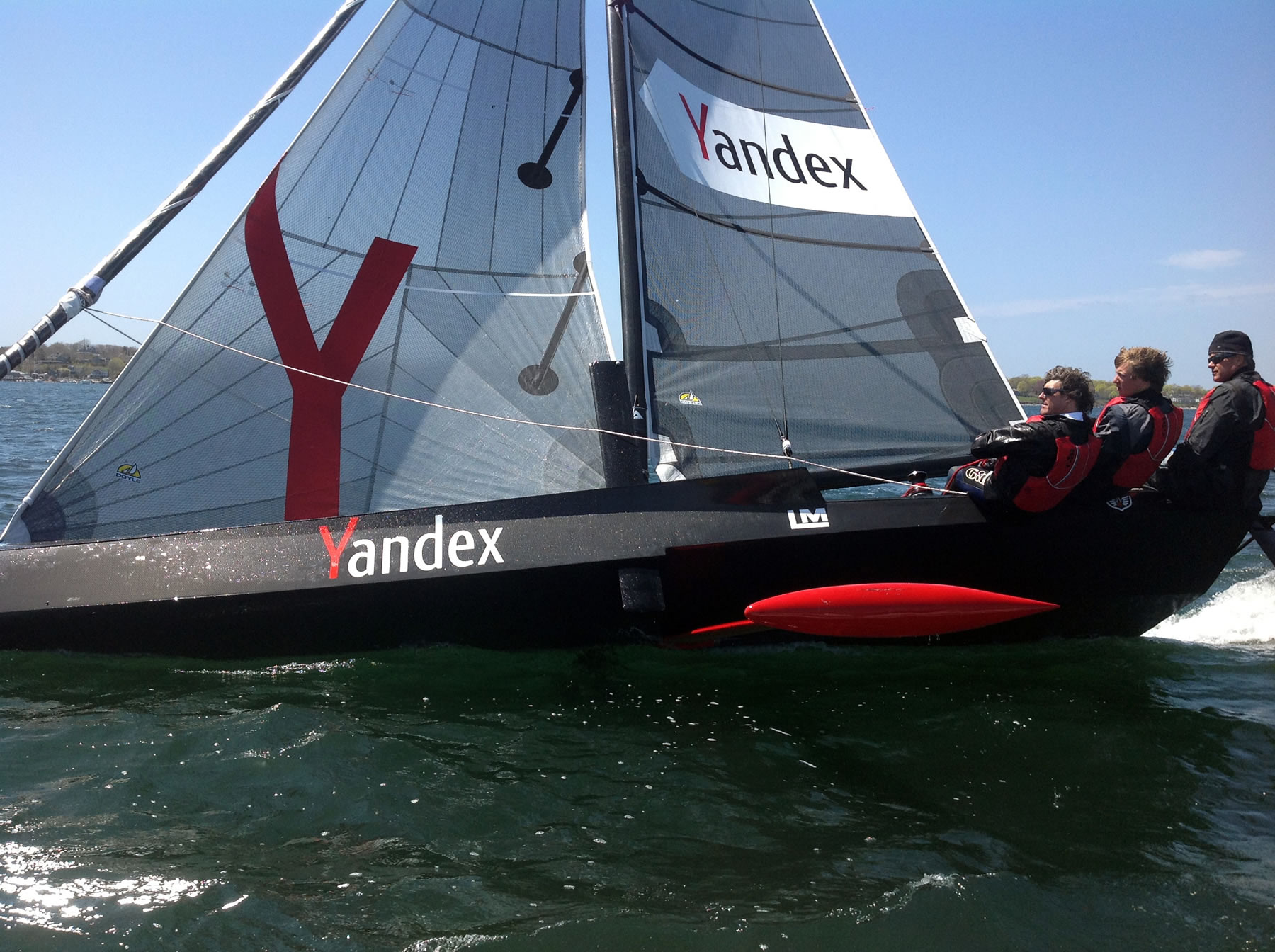 SpeedDream, our fun, fast little rocketship prototype is currently in the hold of a ship heading across the Atlantic bound for Europe. Exciting things are happening. You see SpeedDream was initially conceived as a prototype for a much larger record setting monohull and for sure we have learned a lot and the design of a larger boat is already underway. But along the way the sleek lines and shiny carbon, say nothing of that funky red bulb flying in close formation alongside have collectively captured the imagination of a sailing public eager for change and innovation. People want one of these boats for themselves and who are we to deny them? SpeedDream is, afterall, one of the most exciting boats I have ever sailed.

So we are going to Istanbul because in June this year the Extreme Sailing Series will be staging an event there and we will be showcasing SpeedDream as part of the series. We have long been fans of the Extreme Sailing Series and admired how they pioneered the concept of stadium-style racing in Extreme 40 catamarans and taken it global attracting some of the very best sailors in the sport while at the same time attracting some brand name sponsors. Mark Turner, an old friend and Executive Chairman of OC Sport, the Series organizers extended the invitation and we were thrilled to accept. “Part of the Extreme Sailing Series philosophy is to welcome other interesting and innovative concepts into our Stadium – the SpeedDream project will create some interest for sure so we agreed to test it out in Istanbul, the meeting point for Asian and European cultures, and now the meeting point for innovation in sailing!”

Istanbul is also where our technology partner Yandex has a large presence and their local representatives are planning a huge media push inviting local celebrities and sailors to come out for a sail. Yandex is Russia’s leading internet company whose search portal alone attracts over 55 million unique users. “As a company on the leading edge of technology we look forward to associating with innovative projects that push the boundaries and hosting SpeedDream here in Istanbul” said Yandex. Turkey Chairman Mehmet Ali Yalçındağ. “We will all benefit from an exchange of ideas with the common goal of being the best and fastest in the world; SpeedDream on the water, Yandex in search and browsing the web.”

Among their plans are a fashion shoot for GQ and Vogue aboard SpeedDream and Yandex will be hosting the Extreme Sailing Series prizegiving at an exclusive night club on the Bosphorus Strait. Exciting times for sure. Finally, after watching the boat come alive from a series of line drawings to a stunning carbon reality, it will be great to be able to show her off to the world and what better place than Turkey and what better event than the award winning Extreme Sailing Series.

SpeedDream27 will soon be available for anyone who wants to be a part of the future of sailing. Showcasing the boat at the Extreme Sailing Series is just step one in an ambitious plan to develop a fleet of boats to race as an Opening Act in the Series. We plan to field at least four boats in the European venues of the ESS in 2014, and a full fleet of eight boats to race the entire international circuit in 2015. – Brian Hancock.

all about the benjamins