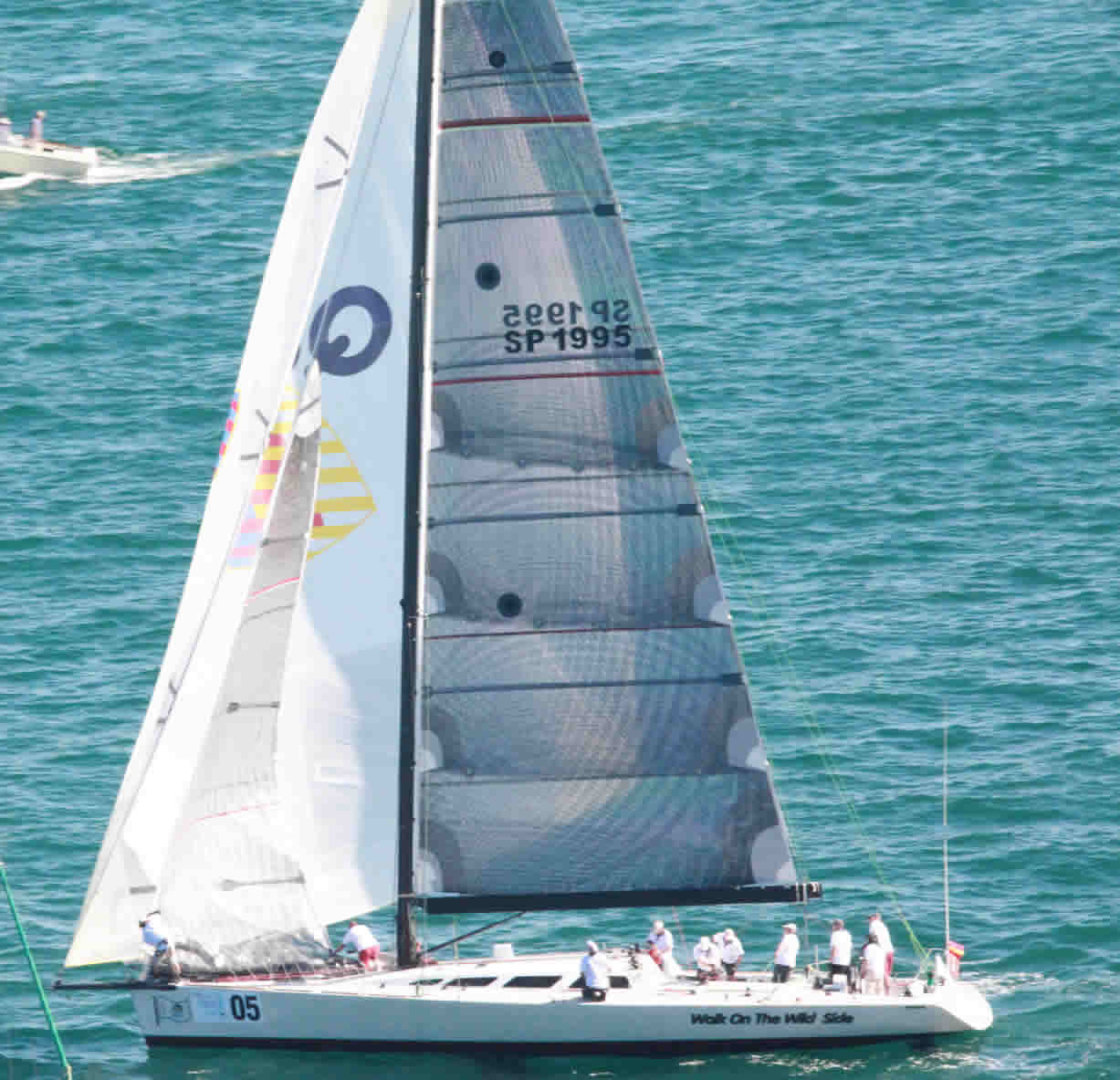 With the exception of the dismasted Walk on the Wild Side (left), all yachts are now back at sea in the Wonderful Indonesia Fremantle Bali Race & Rally.

All six yachts that were anchored in the Batavia Coast Marina in Geraldton have now left. The fact that they appear to have chosen to leave via the deepwater shipping channel rather than the shorter North West Passage is a pretty fair indication that there is a huge residual swell as a result of the recent heavy weather. On the positive side, the breeze is perfect in both strength and direction, so they should make a quick passage as they pass the mainland.

Beyond North West Cape however, winds are starting to soften at the moment. Racing yachts at present in that area are still achieving good speed, but Super Sled, now only 240 nautical miles from Bali, is making hard work of it and spent most of the afternoon lazing along at 5 knots or less. She needs to average almost exactly 10 knots to equal Limit’s record, an assignment looking increasing difficult in the conditions.

Handicap positions in the racing fleet have made no significant changes, with General Lee continuing to lead from Steel de Breeze. Both are bowling along happily at 8 knots or so. Circa continues to improve her position and is now lying third on both handicap systems.

Line honours leader Super Sled is 4th on corrected time, ahead of the smallest boat in the fleet, Not Negotiable. Not Negotiable, a Holman and Pye 34, is performing remarkably well and leads Jon Sanders’ 39 footer Rolly Tasker Perie Banou by some five nautical miles.

Carnarvon locals have been quick to offer assistance to the unfortunate crew from Walk on the Wild Side. The big yacht is safely secured at the port, and one of the crew has continued his voyage on board Ole Otness’ yacht The Longboat, a change made possible by some great assistance from Customs officials. The remainder have called it quits and most have cancelled their holiday plans. It is a double blow for the crew, which was also scheduled to compete in the Darwin to Ambon Race again, a race in which she has established an enviable reputation.

Steve Parkinson’s little Catalina, Irene, has repaired the boom damage suffered in yesterday’s heavy weather. “It was like a washing machine out there,” said navigator John Parkinson today. “We broke the gooseneck and the vang system while we were being thrown around.” They have replaced the spring loaded vang with a rope system to continue their voyage. The yacht was leaving Carnarvon Harbour before darkness fell.

not to be missed