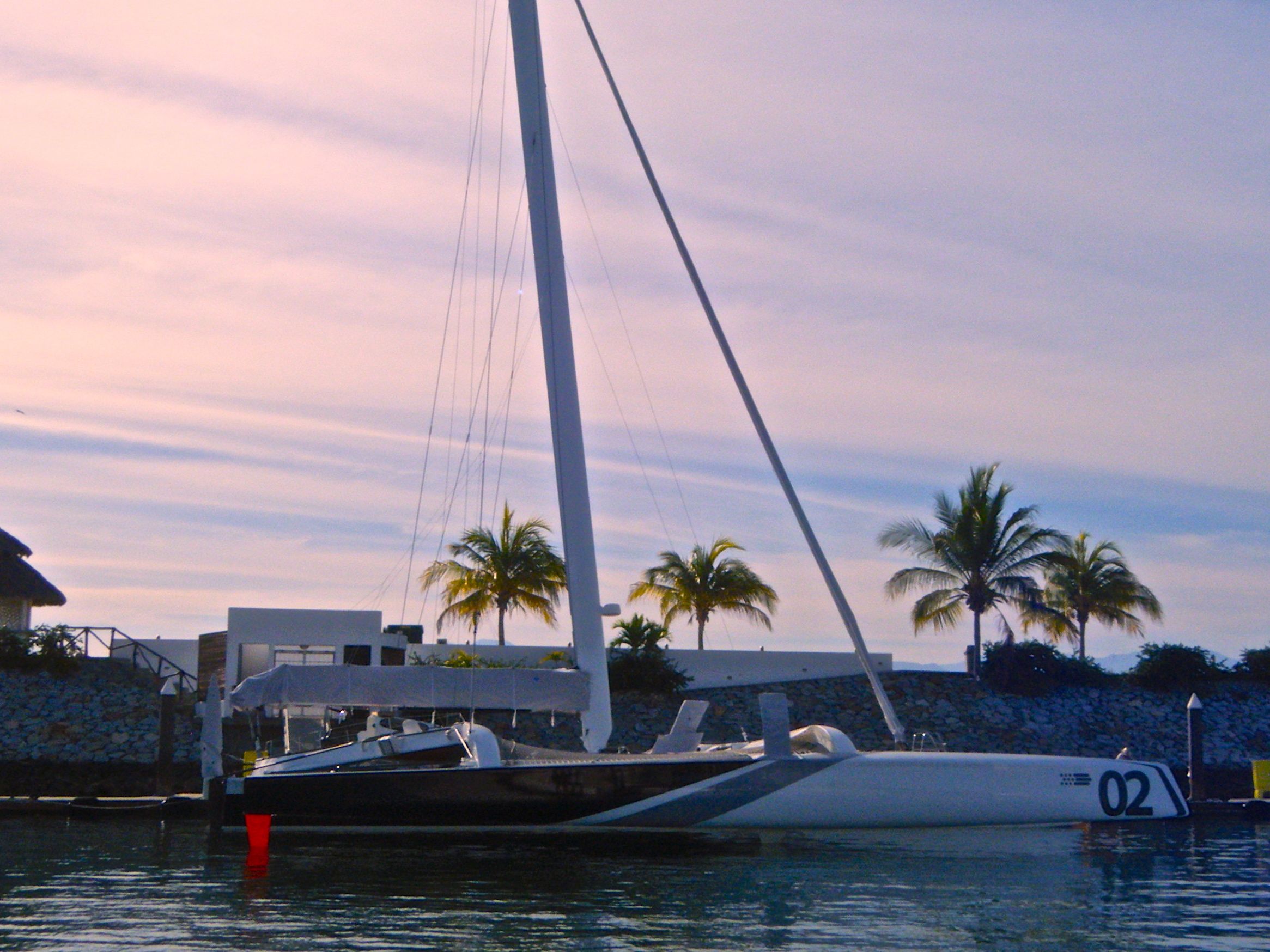 The MOD 70 Class was neutered almost before it began; what looked to be a fully subscribed circuit of hyper-fast one-design racers with a major international and round the world race schedule imploded with the European economy, resulting in a scattered fleet that doesn’t even have its own series, taking part instead of smaller events (like Spindrift Racing’s win last week) and the new mixed Multihull Tour put together by Mark Turner’s OC Sport this June.  Can Turner’s proven group save the MOD 70 class from itself?  It doesn’t really matter – with plenty of hardcore cats and tris already signing up, the Route Des Princes should be plenty badass, and with an Englishman in charge, extreme racing fans outside France will get to check it out too.

Meanwhile, the MOD creators seem to have abandoned their strict rule requiring purchasers to commit to a MOD race schedule; at least we doubt that Tom Siebel, new owner of Orion Racing (ex-Veolia), and his skipper Cam Lewis have their sights much beyond some Pacific records and playing on the West Coast.  You might remember Siebel as the guy who brought the sexy Sig 45 to Mexico, and he’s clearly got the multihull bug.  We’re told you’ll see both boats on San Francisco Bay soon. We’re also told the MOD 70 top speed still hasn’t been bettered by an AC72… More from Puerto Vallarta man-on-the-scene Mike Danielson:

Cam Lewis and a number of the soon to be team were here at Marina La Cruz to get acquainted last month for Banderas Bay Regatta sailing the Sig 45 “Vaminos”. The Sig split for SF last week so now the team gets to play with the new toy in town – this MOD 70 arrived in time for some May fun before splitting to California as well. We got to see Loreal show up in the Last SD-PV race, It would be great to see both return in the SD –PV race next winter. It’s hard to find a better place to tune up other than Bandeas Bay. This time of year we have conditions on like clockwork at 1300 with the thermal building breeze up to the high teens- early 20’s right outside Marina La Cruz. If you’ve ever been down for MEXORC then you know what I’m talking about…Viva MEXICO!